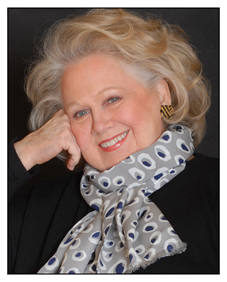 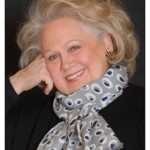 Legendary concert artist and Kennedy Center Honoree BARBARA COOK returns to New York City’s The Town Hall, 123 West 43rd Street (between 6th Avenue & Broadway,) NYC NY 10036  on Thursday, November 14th at 8 PM with a new evening of song (and stories) as she continues to explore her newly developed repertoire of jazz and swing while also reprising her now-classic renditions of songs from Broadway and the Great American Songbook.

The evening is presented by Joanne and Bernie Furshpan of Furshpan Productions.  Bernie is Managing Partner of Metropolitan Room and has produced and promoted historic concert events, with his company Big Fish Productions, at Avery Fisher Hall and Hammerstein Ballroom.  He said, “I am honored to present the legendary Barbara Cook at Town Hall.  The intimate setting brings her even closer to her adoring audience.”

Considered “Broadway’s favorite ingenue” during the heyday of the Broadway musical, Ms. Cook launched a second career as a concert and recording artist.  She has been honored with the Tony, Grammy, Drama Desk and New York Drama Critics Circle Awards, has been designated a Living New York Landmark, and was inducted into the Theatre Hall of Fame.

A 2011 Kennedy Center Honoree, Miss Cook recently returned to the Broadway stage after a 23-year absence, and was nominated for a Tony Award for her performance in the musical Sondheim on Sondheim.  Ms. Cook’s latest solo recording, Loverman, was released by DRG Records.