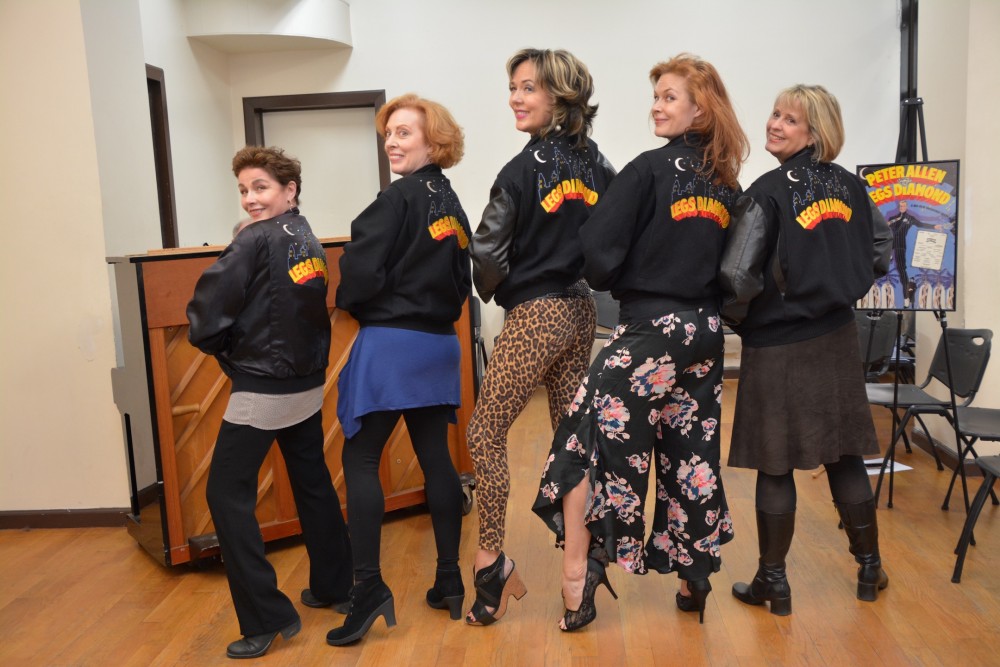 The 30th Anniversary Reunion of Legs Diamond held a rehearsal for press and Genevieve Rafter Keddy was on the scene to capture photos along with Magda Katz on video.

Broadway’s Supper Club, Feinstein’s/54 Below, will present the Original Broadway cast of the much heralded musical in Legs Diamond 30th Anniversary Reunion Concert on Sunday, December 3 at 7:00 pm and 9:30 pm. The concert, which musicalized the prohibition era, is being produced and directed by original cast member Jonathan Cerullo.  For the first time in NYC since its opening in 1989, the original cast of one of Broadway’s biggest and brightest flops, reunites for one night only!  With a beautiful score conceived and written by Grammy and Academy Award winner Peter Allen, and book by Harvey Fierstein and Charles Suppon, the concert features Christine Andreas, Brenda Braxton and Bob Stillman, and original cast members. Songs which never made it to the Broadway stage will also be highlighted. Carol Baxter is the associate producer. Tickets are available at www.54Below.com Peter Allen played “Legs” Diamond, based on real-life gangster Jack “Legs” Diamond who,  among all other things was a song and dance man.  The plot was filled with scenes of unrequited love and jealousy by the women who competed for Legs Diamond’s heart, played by Julie Wilson, Randall Edwards, and Brenda Braxton. Unfortunately, Christine Andreas and Bob Stillman (“Leg’s” wife and brother) whose voices and songs brought tears to cast members in rehearsals fell victim to the many cuts during previews. Their characters never made it to opening night.