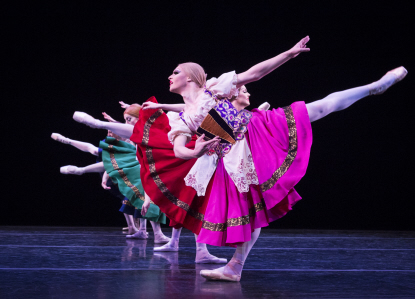 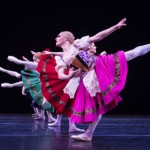 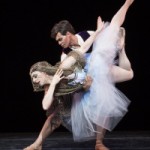 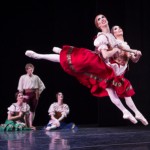 Les Ballets Trockadero de Monte Carlo (“the Trocks” to aficionados) is first and foremost a company that exists to entertain. True, their medium is dance, mostly ,. What is most apparent from their two very satisfying programs at the Joyce this season, is their love and knowledge of their material and their zest to amuse. The choreographers who stage both the classical ballets and the pastiches of choreographers like Balanchine and Merce Cunningham, are keen observers. Although some knowledge of dance is helpful—and the more you know the more you will be rewarded—there is enough unalloyed comedy on view to keep even novices interested.

As usual the Trocks filled their programs with hilarious versions of real classical ballets which, for the most part, are based on the original choreography, sometimes more accurate than the stagings by big troupes like American Ballet Theatre and the Royal Ballet. Of course in a Trocks’ performance the choreography is seasoned with shtick: pratfalls, bitchy mimed repartee, mugging, purposely exaggerated movements and bizarrely awful wigs and makeup.

In their version of “Les Sylphides” called “ChopEniana,” a moribund Poet, danced by Monsieur S. Legupski partnered Mme Lariska Dumbchenko/Raffaele Morra in the not-so-flowing central duet, while the famous solos, virtually intact, were danced with style.

The second program’s featured classical work was “Don Quixote” which was a blissful combination of superb dancing by Yakatarina Verbosovich/Chase Johnsey as the sexy Kitri and Vyacheslav Legupski/Paolo Cervellera as her beau Basil and funny character work by those who portrayed the Gypsies, the Fairies (yes, Fairies!), flirtatious & gossipy Waitresses, a comical Marquise and Kitri’s mom.   This was the Trockadero at its best.

Program One’s “Go For Barocco” was a wise take on Balanchine. Program Two’s “Pattern In Space,” a silly, but unfortunately accurate, version of a Merce Cunningham work made totally wonderful by the two “musicians” who accompanied (if that’s the word), the choreography (if that’s the word) for the meandering cast of three. Lariska Dumbchenko/Raffaele Morra was a stonefaced figure in flamenco attire and Yuri Smirnov/Robert Carter a hunch-shouldered old coot who both played toy xylophones, paper bags and anything else within arm’s reach, producing a “John Cage score.”

The costuming was superb throughout, showing a knowledge of period and style whether it was 19th century classical ballet or 20th century neo-classical.   The lighting was atmospheric and smooth. The artistic direction of Tory Dobrin clearly stimulated this bunch of egos to work well together.  Even the canned music was of the highest quality, although it would be great to see the Trocks in tandem with a real orchestra.

The season continues until January 4th. 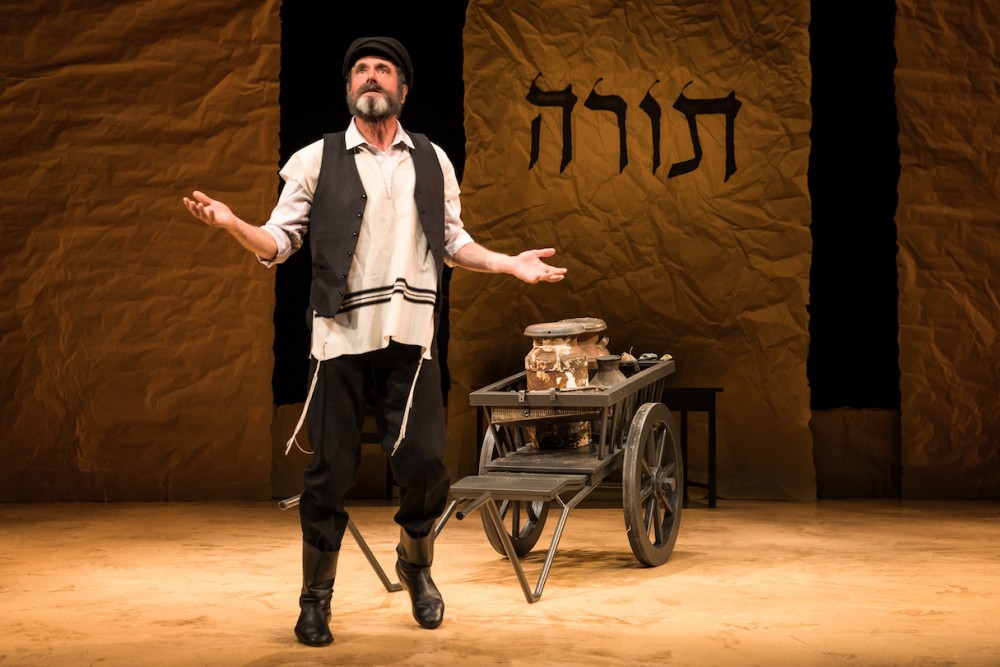