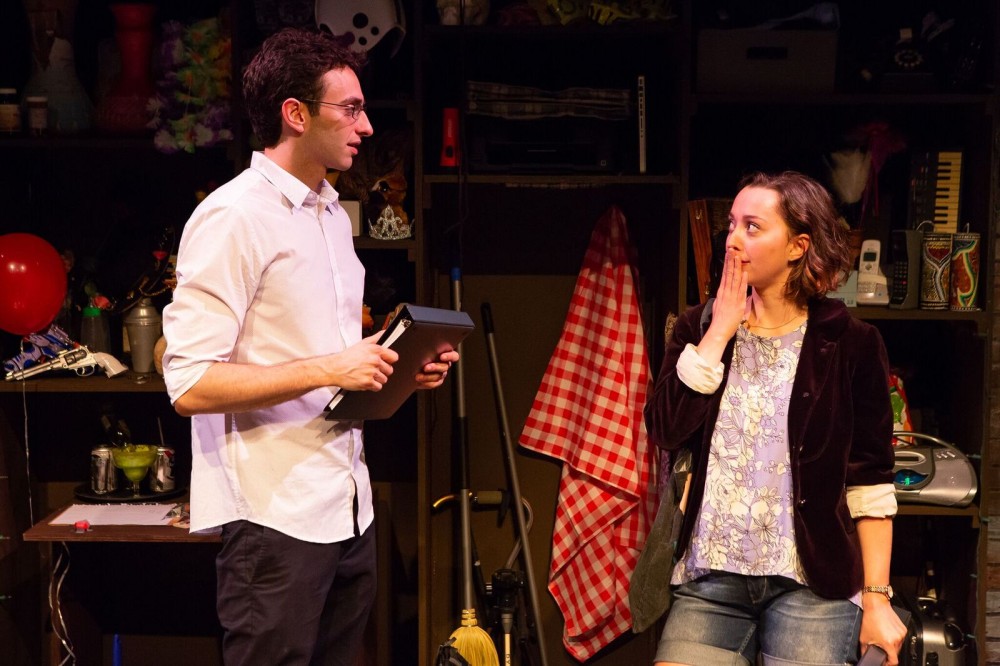 To commit….or not to commit – that is the question! In Gianmarco Soresi’s “unromantic comedy,” that presents as a play within a play, standup comedy and a frightening inability to fall in love and commit, gains new insight into the fears, regrets and loneliness that make up the new generation, leading to thoughts about the plight of the future!

Gianmarco says he’s a triple threat and, in this case, he does cover the gamut from comic to actor to storyteller, and is a good stand up comic. As he engages with his acting class scene partner Laura (Hannah Hale) on a script he’s written that eventually reveals his less than idealic youth, growing up in a divorced home (in fact several divorces), we readily understand his lack of commitment. Laura, on the other hand, is very attracted to him as they exchange lines and their relationship takes new turns. Gianmarco is just not happy with any of it as he breaks the fourth wall letting the audience know the statistics about marriage – yes, it’s 50/50, and in his case, less than.

As the storyline evolves, his friends invite him to their wedding, and he has a great time making fun of all the traditions, seeing only the downside: a bachelor party in New Orleans (of all places!), a registry (what!) and all the other bells and whistles that go along with committed relationships. He invites Laura to join him as his date which doesn’t work to his advantage as he rants and raves about bad marriages while she expresses more positive feelings about religion, traditions and the whole marriage and baby business. So….they break up, she moves to L.A. to pursue her acting career, finds a new boyfriend, while Gianmarco begins to realize his loneliness, his attachment to Laura and even feelings of . . . love! Now, mind you, this is all the play within the play. It does get confusing trying to figure out when they’re rehearsing and what is the real life situation. He’s in a writing frenzy, so as to have his play accepted into the Fringe Festival (any Fringe festival). As the script changes it allows Hannah to morph into varying female love interests, i.e., a Rabbi via J-Date and, being the adorable actress she is, we feel compelled to take her side and tell Gianmarco to get over himself.

Eventually, he realizes he must start taking romance and love more seriously to win Laura back now that she is – – –  pregnant.

Time and space are suspended; she moves back to New York and they move in together as he does all he can to win her over. But is it too late?

Yes, some silly, funny stuff going on that will get a response from the younger folks in the audience. Beyond that, this is a sad commentary on the frightened now generation, their lack of commitment to relationships and romantic involvement.

The small Theater C stage at 59e59 Theaters is surely used to capacity as brick walls are turned into hospitals, a bookcase that holds. . . a lot of stuff, wooden slats that are tables, beds and more (scenic design Ashleigh Poteat), along with the use of creative Projection design by John Erickson. Jen Wineman directs this rather confusing 90 minute commentary (although the program says 80 minutes) produced by Robin Milling in association with New Light Theater Project. 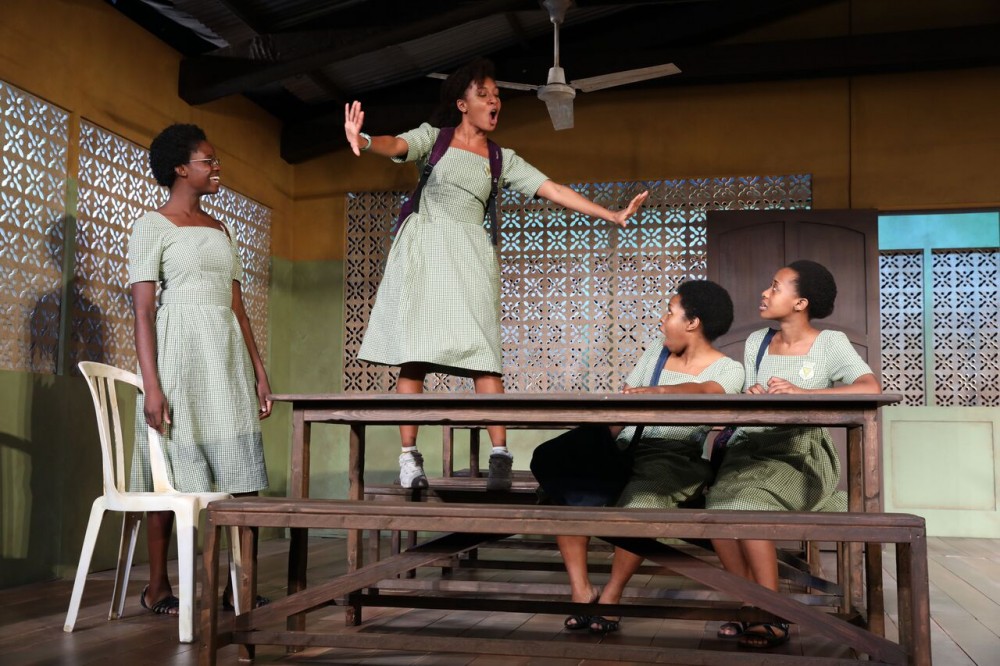