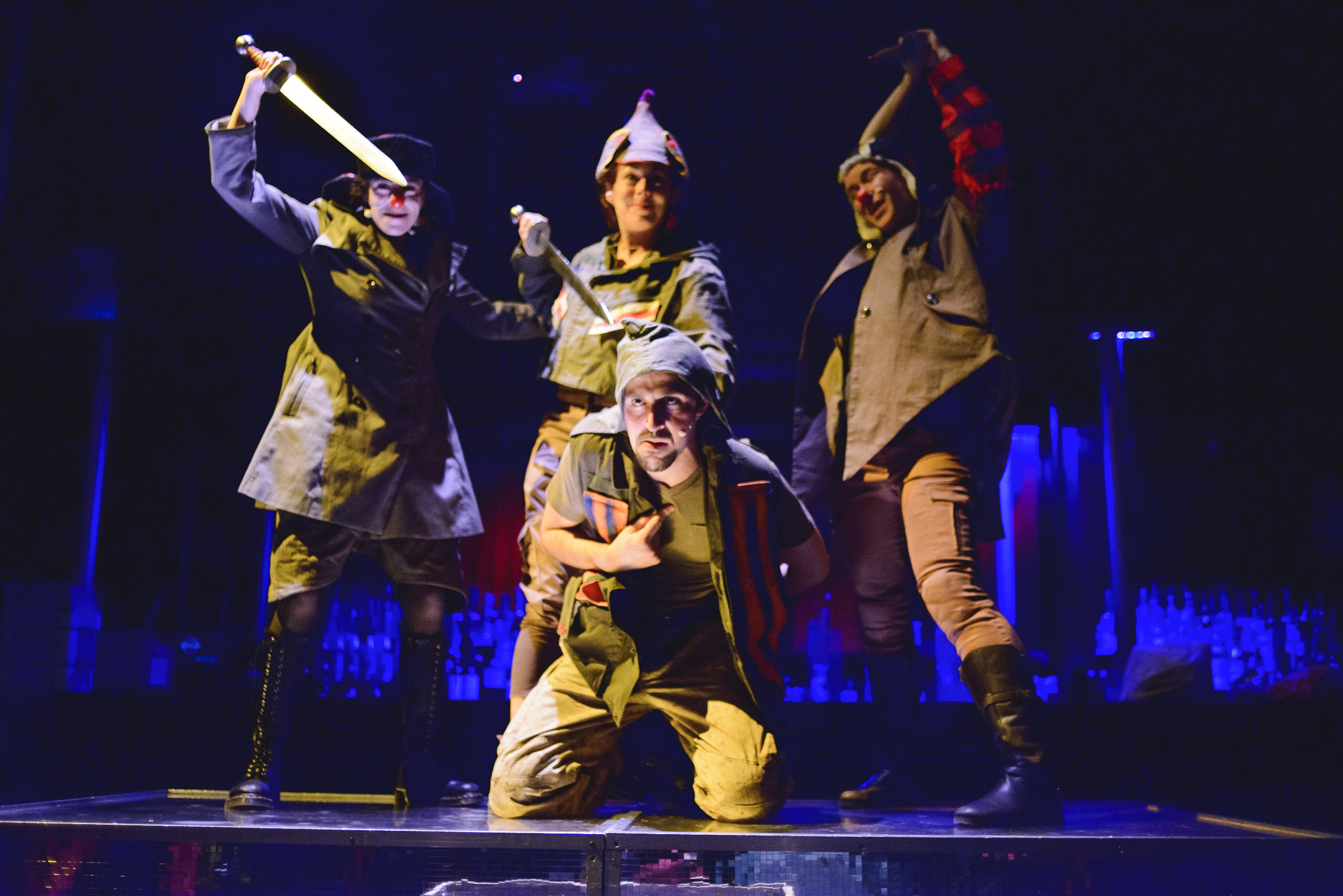 There is something wonderful about devised theater, a show created by an ensemble in a truly collaborative process. That said, it often is no substitute for a playwright with a vision and a singular voice. The new production, Who Would Be King by the Boston-based group Liars & Believers illustrates both the promise and the perils of the collective approach.

Who Would Be King was developed over an 18-month span through a series of workshops and readings that incorporated the public’s feedback into the writing process. The show is a retelling of the biblical story of King Saul but it begins as a clown show, complete with red noses, foam noodles used as weapons and modern references before shifting to a drama, with real sword battles, that wants to be like Shakespeare’s tragedies or histories. While each section is intriguing and often entertaining on its own, they do not connect at all, the play sags in the middle despite the energetic performance of the five person cast, and any sense of intent gets muddled. There are a few gender twists– Samuel the prophet is Sam (Rebecca Lehrhoff) and David, the giant slayer who eventually will replace Saul, becomes D (Veronica Barron)– that don’t detract from the story but that are not explored in depth, particularly the relationship between D and Saul’s hapless son Jonny. The show also features a Greek chorus of one, Jay Mobley, who plays assorted instruments and sings in a haunting Thom Yorke-like voice; it’s occasionally effective but just as often trite or overly obvious (“They don’t love you anymore,” he sings to Saul at one point, “They found someone better”). Again, while artistic director Jason Slavick directed the play, it feels here like no one was willing to demand more of the writing.

The modern references to Trump and Breitbart in the early going ultimately shed no light on the ensemble’s viewpoint about Saul, in part because it’s difficult to discern any real viewpoint at all, about Saul as a king and earlier in the show about whether the “bumbleheads” (the common folk) are smart for desiring a ruler or foolish for disobeying the prophet and God. Their complaints range from the trivial (“I stubbed my toe”) to the profound “My family is dead”) but the absent God appears indifferent to it all and has done little to help them. Throughout the play, however, while it’s implicit that God is real, there’s no clear take on what purpose he or she actually serves. After all, it appears Saul (Glen Moore) is a good king for 20 years, although that notion is also undermined by comments made by his son Jonny (Jesse Garlick) and the television interviewers, whose anachronistic presence is amusing but not fully exploited– especially since it is never made clear whether Saul is a good king or not leaving the audience unsure of whether to root for him, at least until his insecurity consumes him and he banishes D. At that point he becomes a Lear-like king, but without the clearly defined character (and the poetry) Shakespeare created, the tragedy at the end, while compelling to watch, feels muted emotionally: did he fail because of his human foibles or because he cast off God? (This is not Moore’s fault; he is equal to the rest of the cast as a clown but he really grows into the role of doomed king as the evening progresses.) We have come a long way from the imaginative hijinks of the opening moments but it’s not clear enough why we ended up where we did. 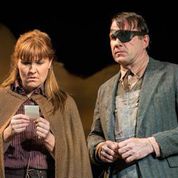