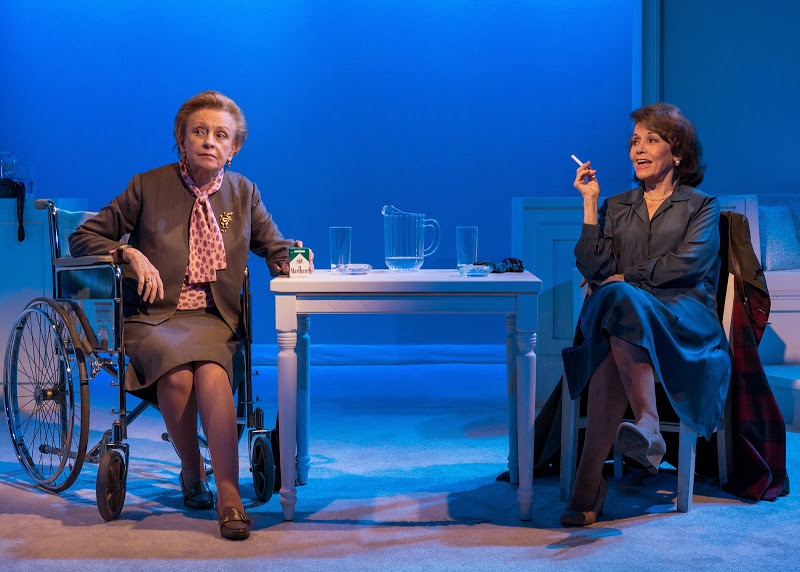 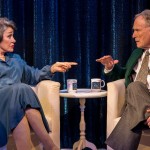 Dick Cavett is a well known name – TV host, comic wit – who found himself stuck right in the middle of the 1979 TV debacle that happened via his show when full-of-herself critic Mary McCarthy was invited to talk about her new book.  In that famous segment, McCarthy named Lillian Hellman as one of the most “dishonest” and hyped writers in the literary world, going so far as to pointedly say “every word she writes is a lie, including ‘and’ and ‘the.’ ” 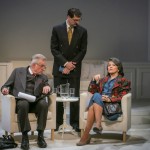 And, so, this is the premise for the mostly non-fiction play, written by Brian Richard Mori, with the addition of an imagined meeting of the dueling twosome (that never happened), currently at the June Havoc Theater at Abingdon Theater. 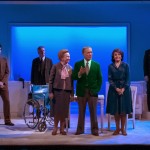 Looking spiffy in a green jacket, Cavett plays himself and is still quick with the old jokes and shtick as the audience seems to just eat it all up.  The scene is partially set in a sound studio, leaving the remainder of the stage available as an apartment interior and other (design by Andrew Lu).

As the story heats up, the potty-mouthed malicious Hellman (played by the terrific Roberta Maxwell) sues McCarthy and, with her deep pockets, keeps the lawsuit alive up until the time of her death in 1984. 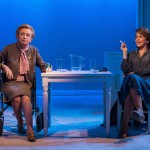 Most of the scenes involve caustic conversations between the chain smoking Hellman and her gay nurse Ryan (fitfully flitting Rowan Michael Meyer), awestruck at the thought of actually working for her, waiting on her every bitchy utterance – and between Hellman and her long time attorney Lester (Peter Brouwer) rudely telling him he’s not her friend – “I pay you. I don’t pay my friends.”  It’s hard to find any likeable qualities about Lillian Hellman in this portrayal although, as she becomes more sickly with age, there’s a glimpse (a very small one) of a softening.

Mary McCarthy, played by a stoic Marcia Rodd, spends most of the time in conversations with her attorney Burt (Jeff Woodman) trying to figure out how to out-fox the fox, as her bank account depletes.

The two women meet (imagined) when Hellman acquiesces because she thinks McCathy is about to apologize.

The 90 minutes move swiftly along under the direction by Jan Buttram.   Dick Cavett is his usual loveable self and even takes some questions from the audience post show.

If you’re interested in a backward glimpse into this historical (and sometimes hysterical) moment in time, set your sights on “Hellman v. McCarthy.” 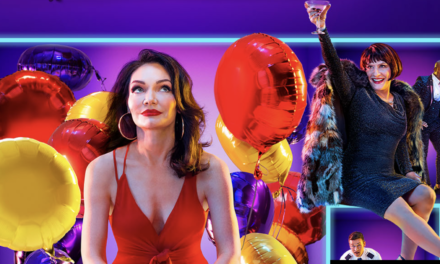 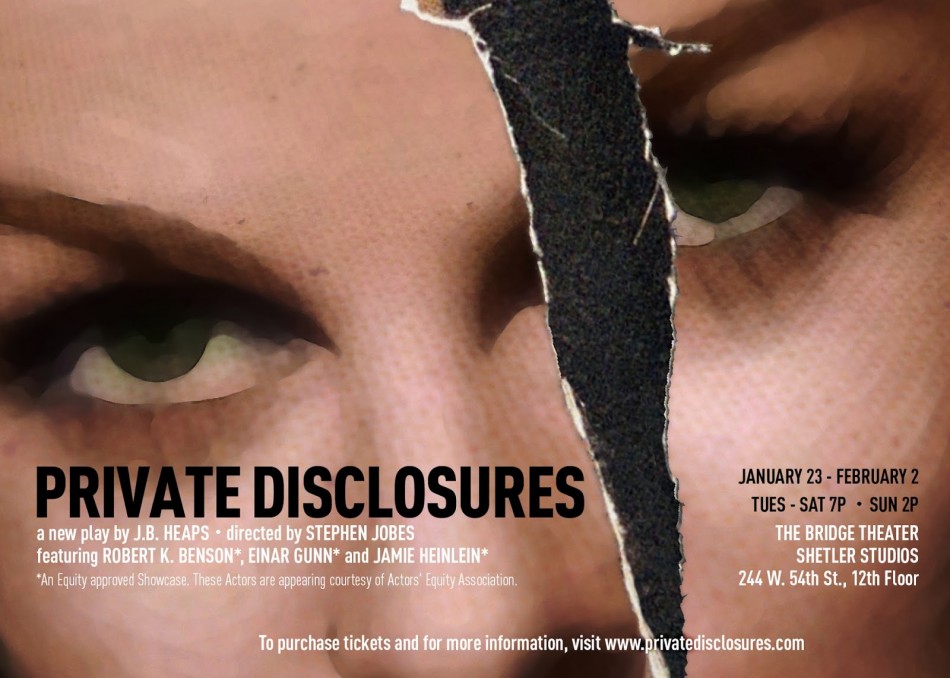 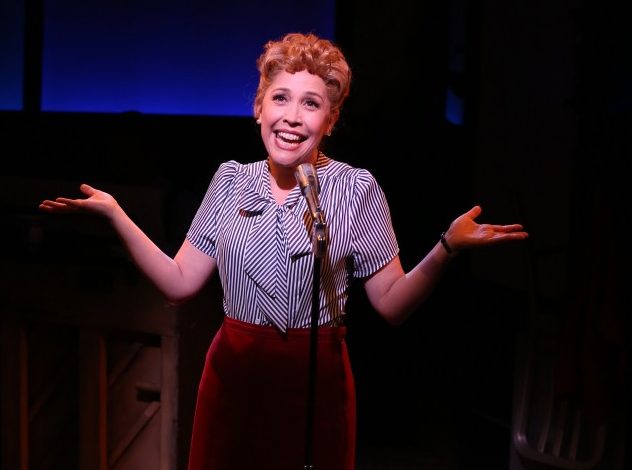