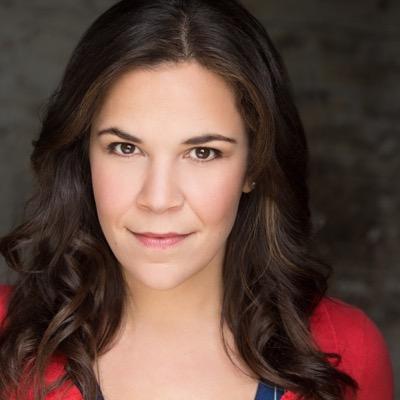 In her 10 years on the New York stage, Lindsay Mendez has managed to make a strong impression on audiences whether she’s been the backup singer (“Everyday Rapture”) or the star attraction (“Wicked”). But your admiration of this spectacularly talented performer will go up yet another notch if you’re lucky enough to catch her remarkable solo cabaret debut at Feinstein’s/54 Below this week.

In this 90-minute outing, Mendez showcases her incredible musical versatility, moving effortlessly from sass to sorrow, folk to Broadway, jazz to operetta, and nailing each genre and each emotion with almost peerless precision. She also emits a rare sincerity and sense of humor, neither of which seems the least bit rehearsed, making her splendid company during the show.

A consummate actress, Mendez’s greatest strength is in the so-called “story song,” no matter how difficult or familiar it may be. Her rendition of Stephen Schwartz’s signature ballad “Meadowlark,” (from “The Baker’s Wife”) in which our narrator uses a childhood fable to justify leaving her husband, ranks up there with the best ones I’ve heard, especially in its lyric interpretation.

In a stunning take on Marvin Hamlisch and Edward Kleban’s “Nothing” (from “A Chorus Line”), she gives us an ideal portrait of the struggling drama student Morales. Her rendition of Benj Pasek and Justin Paul’s magnificent “Pretty Funny” from “Dogfight” (she originated the role of the downtrodden Rose Off-Broadway) is absolutely heartbreaking, and she’s deliciously seductive during Jerome Morose and John LaTouche’s gorgeous “Lazy Afternoon” (having recently played the role of Helen in City Center Encores! “The Golden Apple.”)

As accomplished as she is with a ballad, she’s just as marvelous handling such up-tempo tunes as Jay Livingston and Ray Evans’ “Stuff Like That There,” Victor Young and Milton Berle’s “Sam, You Made the Pants Too Long,” Harold Arlen and Ira Gerswhin’s “You’re a Builder Upper” and Frank Loesser and Jimmy McHugh’s charming yet hilarious “I Get the Neck of the Chicken.”

Moreover, Mendez has great fun sharing riffs with her husband, drummer Philip Wakefield (part of an extraordinary six-person band), on Bob Merrill’s silly “Ooh Bang Jiggilly Jang” and she is truly the only performer I’ve seen in 30 years of reviewing to do a song from an episode of “I Love Lucy.” (It’s a silly ditty called “Lily of the Valley.”)

Still, I would have loved to hear just a little more contemporary material. She sounds almost exactly like the legendary Joni Mitchell on the singer-songwriter’s gorgeous “My Old Man” (nicely paired with Irving Berlin’s “I Got Lost in His Arms”), and if there was perhaps one too many tunes in a six-song medley of Joan Baez hits, it barely mattered to me.

Fittingly, she ended the set with a tribute to her friend, the composer Michael Friedman, who passed suddenly at the age of 41 last weekend. Furthermore, she found the perfect eulogy by bringing along some of her vocal students to perform a section of his infectious “The Tuba Song” from the 2013 Public Theater production of the musical version of Shakespeare’s “Love’s Labour’s Lost.”

As the song notes, “soon we’ll all be footnotes in a book of history but the past is past and for now the future is a mystery.” But to make today count, simply revel in the brilliance of Lindsay Mendez.

Lindsay Mendez continues at Feinstein’s/54 Below (254 West 54th Street) from September 14 through September 16 at 7pm. Visit www.54below.com for tickets.