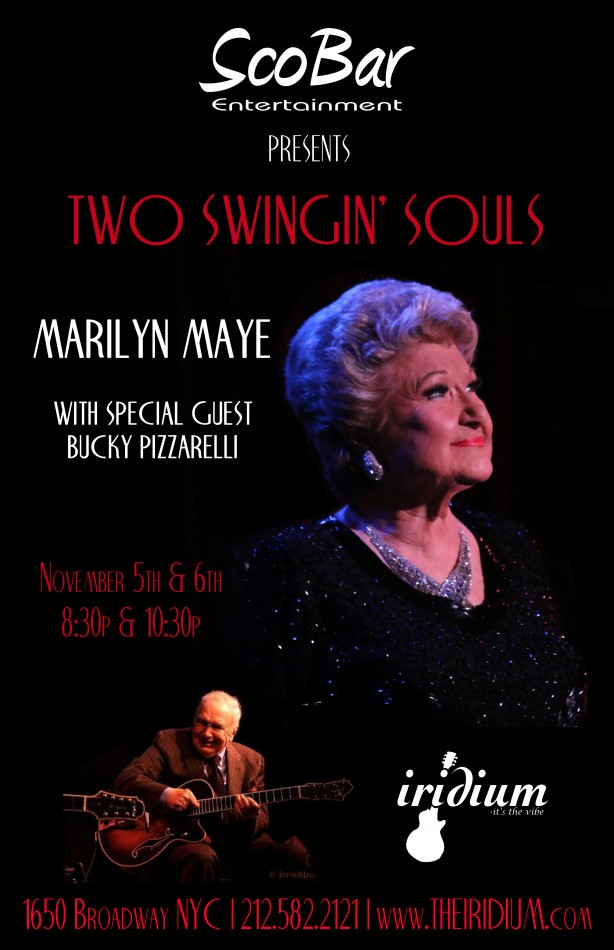 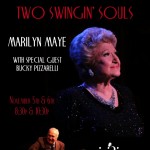 On Wednesday, November 5 & 6, 2014, legendary vocalist MARILYN MAYE will bring her own style of jazz & show-biz to Iridium NYC, joined by the legendary BUCKY PIZZARELLI, for TWO NIGHTS ONLY, November 5th & 6th at 8:30 & 10:30pm. The reunion of these two “Tonight Show” alumni is bound to be a musical party. Ms. Maye appeared on “The Tonight Show” a record 76 times, more than any singer & Mr. Pizzarelli was an original member of “The Tonight Show Band,” playing with Skitch Henderson.

MARILYN MAYE was proclaimed a living “legend” by the New York Nightlife Critics in January 2013. The Manhattan Association of Cabarets & Clubs (MAC) voted Ms. Maye “Celebrity Artist of the Year” for five consecutive years, 2009 – 2013 and in 2014 MAC honored her with their Lifetime Achievement Award. The same award came from the Bistro Association and Lucia Albanese Pucinni Opera Society and many organizations throughout the country. In January, 2014, Marilyn received the first “Legend” Award from the Society for the Preservation of the American Songbook. Marilyn’s direct communication with her audiences, combined with her Kansas City-jazz roots & her interplay in the hippest way with her great trio of musicians, will make this a musically fun evening you won’t want to miss.