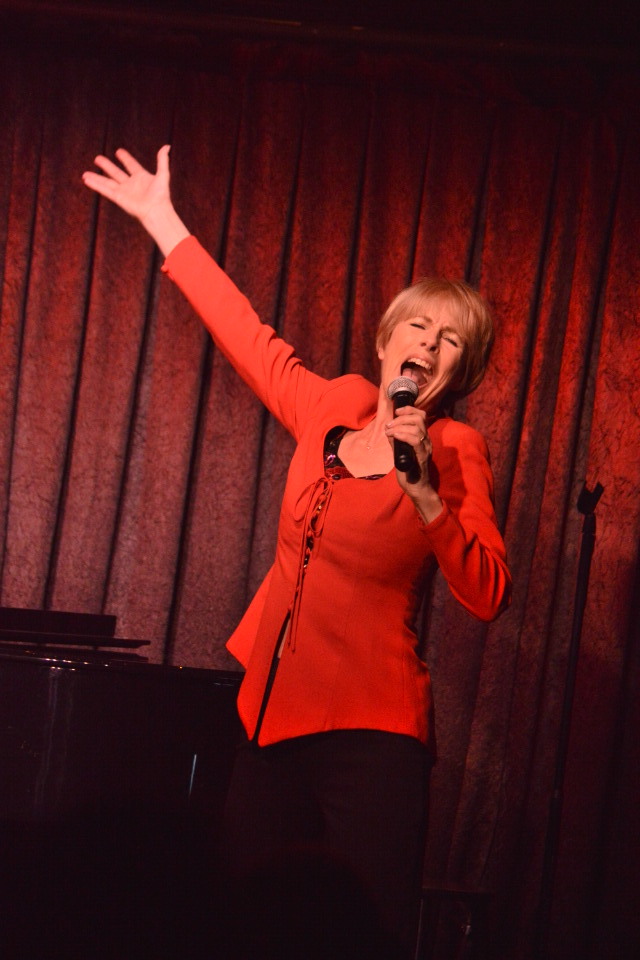 If a solo cabaret show is to be devoted to a lyricist who came out of what is now lovingly known as “Broadway’s Golden Age” (1943-1959), you can’t do much better than to craft such an evening on the works of Alan Jay Lerner. And when that soloist is a lovely singer and charming raconteur, all the better. But what makes Liz Robertson a most amusing guide, is that she was the last person to be married to Lerner, who was something of a serial husband. When she remarked she was “Alan’s eighth and final wife,” it brought up a joke for me (one Robertson didn’t include in her act), “That when Alan marries you … that’s just his way of saying goodbye.”

Whip-smart and erudite, well-raised and educated, the fine scores Lerner wrote with his cultured Viennese partner, Frederick Loewe, will forever stand the test of time. Paint Your Wagon, Brigadoon, My Fair Lady, Camelot and the film score to Gigi, exemplify the team’s quality (and success). But what Robertson sang on the stage of Don’t Tell Mama Friday night (in the return of a show she first did last April) were examples of when Lerner wrote songs “without Loewe.” From the always melodic tunes of Burton Lane, to Kurt Weill’s eclectic originality, to the lush beauty of Andre Previn, it’s an impressive group. Also included are songs Lerner wrote with film composers like Michel Legrand and John Barry, as well as the Broadway veteran Charles Strouse, with whom Lerner wrote his last musical Dance a Little Closer, in which Robertson starred. Opening with “On a Clear Day You Can See Forever,” the title song for the first of two Broadway shows Lerner wrote with Lane, Robertson segued into another tune by the team, composed for the short-lived musical Carmelina, “Why Him?,” accompanied on piano by Ron Abel with Ritt Henn on bass. The answers to that question comically served to relate how Robertson, just twenty-five when she first met Lerner, could fall in love with a man thirty-six years her senior. This method served for the rest of the show as a template for how she would tell her stories in song, and it worked splendidly. One sardonically clever lyric, which got one of the evening’s biggest laughs, came out of a song Lerner wrote with pop songwriter Gerard Kenny. In “I’ve Been Married,” Lerner at his Henry Higgins-best wrote: “I have tied the wedding knot/until the blood begins to clot!”

British by birth, Robertson lives full-time outside London, and brings, from over the pond, an appealing brand of sophisticated, European warmth. She is my favorite sort of interpreter; one who sings in an unembroidered style that is always connected to the heart. I particularly enjoyed something written with Michel Legrand, the title song of a 1984 film Secret Places. Considering Lerner passed in 1986, this must have been one of the last he ever wrote. Robertson’s simple rendering of it was stunning, as was “A Million Miles Behind the Door,” written for the 1970 film version of Paint Your Wagon with Andre Previn (during one of those times Loewe was not in a mood to be in a room with Lerner), of which there were more than a few over the years, something Robertson isn’t shy about discussing. All of which makes for a uniquely personal and very entertaining show.