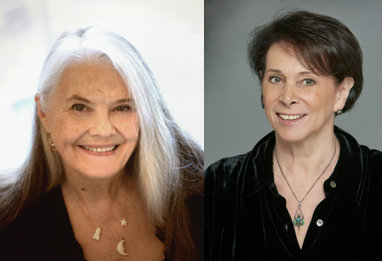 On October 22, Actress Lois Smith spoke at the Bruno Walter Auditorium at the New York Public Library at Lincoln Center to discuss her work in theater and film.

The actress known for her Tony nominated performances in The Grapes of Wrath and Buried Child,  discussed her fantastic career, including her early days performing in East of Eden and other MGM films.

The recipient of the Obie Award, Lucille Lortel Award, Drama Desk Award, Outer Critic Circle Award was quick to chat about interpretation in the theater. She said, “We speaking people talk a lot.” She quickly explained how different it was when working with sign language for the stage. She said, “There has to be a clear pathway to the speaker, the interpreter, and the speaker.”

Lois Smith was in the feature films Lady Bird, Minority Report, Dead Man Walking, and How to Make an American Quilt. TV appearances have included Blacklist, Grace & Frankie, and The Americans.

She discussed her earlier years in Princeton, NJ, her work with Andre Gregory’s company, and her spectacular experiences with the Steppenwolf Theater. Being a company member at the Steppenwolf was extraordinary, as it was a company built by actors. Crucial to the stage was the interpretation by great directors. She explained that The Grapes of Wrath “rejuvenated” her stage acting career in New York. Smith’s recent appearances have included I Was Most Alive With You at Playwrights Horizons and The Signature’s John, written by Annie Baker.

Theatre Critic Linda Winer interviewed Lois Smith. This event ran from 6:00PM – 7:00PM was sponsored by The League of Professional Theatre Women (LPTW).  It was held at NYPL for the Performing Arts at Lincoln Center, located at the corner of 65th Street and Amsterdam Avenue.