After a nineteen-month COVID-induced absence from the stage, Lorna Luft joyfully bounded up at Feinstein’s/54 Below bellowing the Johnny Nash hit “I Can See Clearly Now”. “This is amazing!” she declared, clearly happy to be performing at the supper club October 21-23. “I have been standing with a hairbrush in front of a mirror, saying good evening and getting nothing back. So, good evening!” A round of “good evening” rebounded back from the audience. She responded with, “Welcome to ‘Grateful’. I am grateful for all of you, for my composers and lyricists, for being back on stage, for being back at 54 Below.”

Luft, daughter of Sidney Luft and Judy Garland, sprinkled in stories of her unusual upbringing and how certain people in her life influenced her career and musical choices. One such influence on her life was Johnny Mercer who came into her life when she was two-weeks-old. “He met my mom in 1949 and they fell madly in love. There was one problem: he was married.” Johnny did remain in their lives and would sing and write songs for her and her siblings. In a tribute to Mercer, Luft sang “On the Atchison Topeka and the Santa Fe” including a Mercer medley.

She met Jerry Herman (Hello, Dolly!, La Cage aux Folles) in 1990 and had been friends for almost 30 years, when he passed away in 2019. She was happy when they met again and to be offered a part in Herman’s touring show that included Lee Roy Reams and Leslie Uggams, and even happier when Herman was okay with the fact that she was pregnant. “I’ve got a song for you,” he told her, “You’re fine.” She regaled us with Herman’s “It’s Today” from Mame, and “Wherever He Ain’t” and “Time Heals Everything” from Mack and Mabel.

Peter Allen, whom she met when she was 14-years-old, felt like part of Luft’s family. “He was the big brother I never had,” Luft said. She began her Peter Allen song set with “Arthur’s Theme (The Best that You Can Do)”. “He was so gifted. I got to hear his work before anybody else. It was very special and personal to me. He told me that one day my name would be in lights. When this actually came true, I yelled out ‘Peter, I did it!’.” She rounded out her Peter Allen songs with “When I get My Name in Lights”, “Everything Old is New Again”, “I Could Marry the Rain”, and “Don’t Cry Out Loud”.

Luft was joined on stage by her husband Colin Freeman who is her arranger, music director and pianist, along with drummer Josh Priest, guitarist Peter Calo, and Jim Donica on bass. Back-up vocalists David Sabella and Justice Sommerville-Adair also got to show off their talents with solos. It was Sommerville-Adiar’s first time working with Luft. “She is so young and so gorgeous!” Luft exclaimed. “I worked with her mom and dad in Guys and Dolls.”

The show ended with six songs by Jeff Barry, Ellie Greenwich, and Phil Spector: “I Can Hear Music”, “Be My Baby”, “Then He Kissed Me”, “The Boy I’m Going to Marry”, “Chapel of Love” and “Da Doo Ron Ron”. Ellie Greenwich was an idol of hers and she was thrilled to meet her in 1998. “I told her ‘you made the girl songs of my teenage years’. We became best friends.” During this set, Luft donned a pink leather jacket to signify her eight-year-battle with breast cancer. Guitarist Peter Calo joined in on the vocals for “I Can Hear Music” and the audience stood up and clapped and sang along with the last two songs with the familiar lyrics everyone knew. The feel-good show left everyone in a good mood, humming those old familiar songs attached with childhood memories. 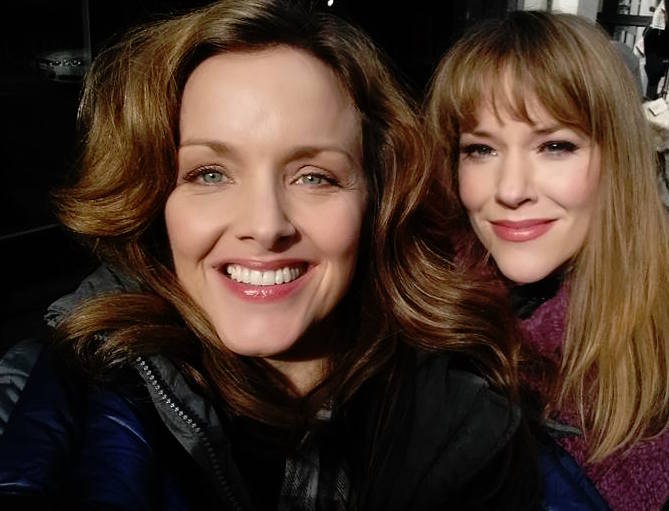 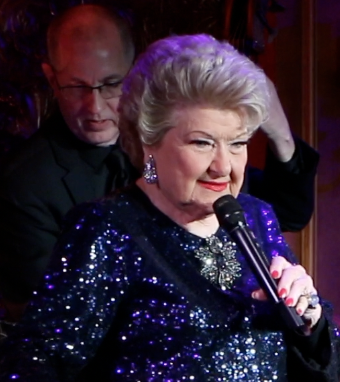 Marilyn Maye – A Force of Nature!