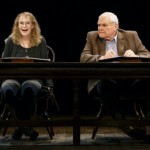 “You gotta have heart,” as the song goes, and A. R. Gurney’s Love Letters has plenty of that. This is a play that could run indefinitely. Skip a few years between productions and add different actors and actresses to play Andrew Makepeace Ladd III and Melissa Gardner. Seemingly, it’s such a simple production, as Gurney specified, with basic staging of a table, two chairs and performers in everyday clothes. They sit side by side, revealing their lives as they read letters to each other and the audience listens.

This simplicity, however, is deceptive. The success of Love Letters depends on two actors with validity, who effectively chart a star-struck relationship for a half-century, entwining emotions and experiences that relate to, and touch audiences. Like many Gurney characters, Andy and Melissa are privileged upper-class 20th century New Englanders who begin passing notes in second-grade and bring alive their experiences in ongoing letters that follow their different paths. They share a lifetime of schooling, ambitions, loves and disappointments, hopefully, changing and changing each other. Will the characters make the right decisions? Will you care? You will.

Over the years since the original production in 1988, Gurney himself performed the show with Holland Taylor at the New York Public Library. It later opened in New Haven with Joanna Gleason and John Rubenstein. The first off-Broadway show starred Kathleen Turner and John Rubenstein at the Promenade Theatre and later on Broadway, featuring Colleen Dewhurst and Jason Roberts. Countless couples followed with different voices, perceptions and deliveries.

In the current Broadway revival at the Brooks Atkinson Theatre, Andy and Melissa are portrayed by Brian Dennehy and a vibrant Mia Farrow with humor and credibility. Straight-laced Andy is solid, with Dennehy’s gruff voice and dark nuances of emotion crossing his face. At an early age, he writes Melissa, who is far wealthier, “All I know is my mother keeps saying you’d make a good match. She says if l ever married you, I’d be set up for life.” Andy loves to write letters and influenced by his father, he follows the acceptably conservative life, joining the Navy with an eye on politics, commenting, “Those born to privilege have special responsibilities.”

Farrow plays fancy-free, outspoken Melissa with an expressive light breathlessness and vulnerability, at times almost on the edge of destruction. Her expressive face reflects haunting moments. Urging Andy to phone her rather than forcing her to write letters, she shares problems of an unhappy home, boarding school, two disappointing marriages, a floundering art career, and dives into alcoholism and serious instability. She quotes her mother’s advice to her, “My mother says you should meet as many boys as you can before you have to settle down and marry one of them. That way you’ll make less of a mistake. It didn’t work for her but maybe it will work for me.”

Her glib carelessness often brings a dark disappointment to Andy’s face, yet their relationship remains close. As a schoolgirl she reads a long letter from Andy and replies, ” I guess you have a lot of interesting things to say, Andy, but some of them are not terribly interesting to me.” About Andy’s love affair with a Japanese girl, jealous Melissa quips that her psychologist said, “American men have to get involved with a dark-skinned woman before they can connect with the gorgeous blonde goddesses they really love.”

Directed by Gregory Mosher, Farrow and Dennehy’s speech patterns add layers to their contrasting characterizations and highlight their relationship which is delicate and also irascible. The riveting, fragile Melissa needs Andy and his stability and substance. Andy has always loved Melissa. Neither finds fulfilling lives with others, yet theirs is a relationship that works best as correspondence.

After the poignant ending, the choice of ’60’s pop tune, “Please Mr. Postman” accompanying audiences out of the theater is off-putting. 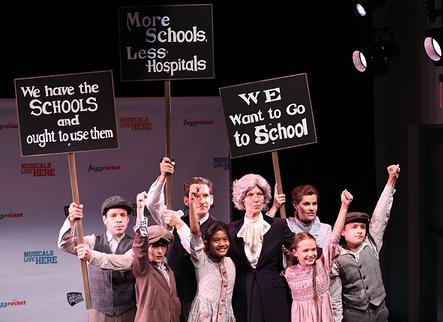 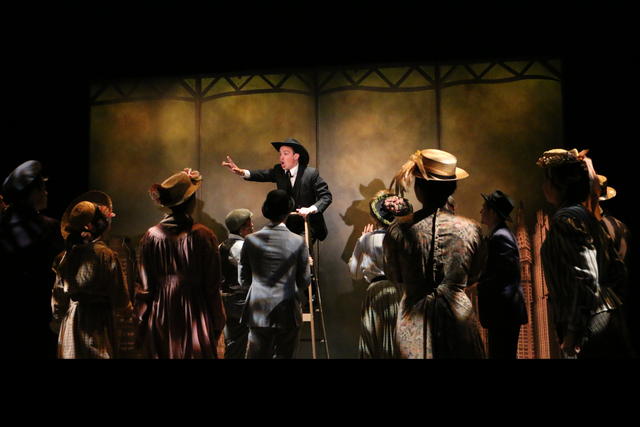