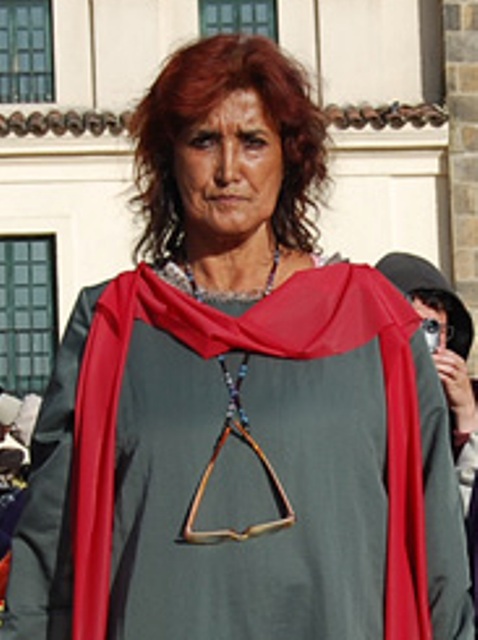 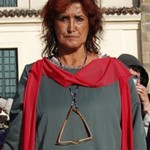 The League of Professional Theatre Women (LPTW) and its International Committee are pleased to announce the recipient of the LPTW Gilder/Coigney International Theatre Award 2014, Patricia Ariza, legendary producer, director, actress, playwright, and poet from Colombia. Ariza was chosen for the only theatre award that exists given by a U.S. organization to celebrate the work of a non U.S. woman theatre artist, from a pool of 21 candidates from 19 countries, for her work on the front lines for justice and social change through theater in Colombia for almost 40 years. http://theatrewomen.org/programs/awards/the-gildercoigney-international-theatre-award

The award will be presented at a ceremony on Monday, October 27, 2014 at the Martin E. Segal Theatre Center, CUNY Graduate Center (365 Fifth Avenue, New York City) as part of a week-long celebration. Frank Hentschker Executive Director of the Martin E. Segal Theatre Center, points out that “most of the people on Earth are female. It should be a given that their voices are spoken and heard equally, especially in theatre. Stunningly enough, this is not the case.” The Center supports the award as Hentschker feels it is a “brilliant way to recognize women in theatre, to encourage their work, and to present role models we all can look up to. I regard it as a Nobel Prize for women in theatre.”

Monday, October 27 – 11:30 am
Patricia Ariza’s work will be explored with the artist presentbe at the Martin E. Segal Theatre Center, CUNY Graduate Center, starting with a documentary on her 40 year career. Followed by one-on-one interview by Diana Taylor from Hemispheric Institute. Followed by an open rehearsal demonstration led by Ariza.
Award Ceremony – 6:30pm

Tuesday, October 28
A Poetry reading in Spanish and English by Patricia Ariza at the Americas Society/Council of the Americas, 680 Park Avenue, followed by an interview by Miriam Colon, Artistic Director of Puerto Rican Traveling Theatre.

Wednesday, October 29th
Nominee Panel Event – A showcase for the work of the other 20 nominees for the 2014 Gilder/Coigney Award.

Monday, November 3
Looking back on the week with Patricia Ariza. An opportunity to bid the 2014 winner farewell and exchange final ideas stimulated during the week on working in the theatrical sphere abroad as well as the challenges women theatre artists face in a judgemental and constrictive political landscape.

Patricia Ariza winner of mulitple awards for human rights including the Colombian National Prize for Human Rights Defender given awarded September 2014 is a “Flag of alternative culture in Colombia.” Ms. Ariza is a theater artist, feminist, and political activist “in search of peace for Colombia through art and culture,” who, with excellence, drive and humility, builds bridges that connect theatre and society, theatre and politics, theatre and gender on a daily basis.

“The important thing is not me, but what I do with the women’s movement and social movement in Colombia. I am confident that the theater serves to achieve peace.”

Born to a peasant family in 1946, she moved to Bogotá when her parents were forced into exile. At the heart of her purpose is the strong belief in the transformational power of theatre, leading her in 1966 to co-found the experimental el Teatro La Candelaria. Since then her work has been inextricably linked with the political and social currents of her time.

For the past 24 years, she has focused on women artists and the social movement, producing vast works and massive performances that bring together professional artists and victims – particularly women – of the long-existing armed conflicts in Colombia. The Corporación, a not-for-profit organization she manages, creates performances and events with widows and children from the most violent regions of the country: abused women who have left their homes, young people living on the streets, and others displaced by war and social upheaval. These women tell their life stories and play an active role in each performance. The company also organizes the biannual Festival Alternativo de Teatro and the internationally acclaimed Festival de Mujeres en Escena (“Women on Stage Festival”) annually.

The LPTW Gilder/Coigney International Theatre Award was established in 2011 in honor of Rosamond Gilder and Martha Coigney, two legendary theatre women whose work on the international stage proved that theatre knows no international boundaries. Presented every three years, this Award acknowledges the exceptional work of theatre women around the world and aims to make a difference in the life and career of an international woman theatre artist.

Partner Organizations include: Martin E. Segal Theatre Center, The Graduate Center, CUNY; Americas Society/Council of the Americas; Lark Play Development Center; The Hemispheric Institute of Performance and Politics; The Center for the Study of Social Difference at Columbia University; Colombian Consulate of New York and Mission to the UN; and Banana Boat Productions. Sponsors include: Avianca Airlines

ABOUT THE LPTW INTERNATIONAL COMMITTEE

Founded in 2003, the committee develops contacts with theatre women around the world to broaden awareness of other cultures and promote opportunities here and abroad. We recruit and cultivate affiliates and host them when they visit New York. We encourage and provide support for the formation of a League chapter in affiliates’ respective countries and facilitate dialogue and advocacy for women in theatre across borders. To celebrate our mission, every three years we present the LPTW Gildner/Coigney International Theatre Award.
UPCOMING LPTW EVENTS:

The League of Professional Theatre Women (LPTW) is a not-for-profit 501 (c)(3) organization. It presents numerous events each year as part of its mission to promote visibility and increase opportunities for women in the field. None of its work is possible without generous philanthropic support. The League is celebrating its 31st anniversary and boasts a membership of nearly 500 women representing a diversity of theatre professionals in both the for-profit and not-for-profit sectors. League members are actors, administrators, agents, arrangers, casting directors, choreographers, company managers, composers, critics, designers, directors, dramaturgs, dramatists, educators, general managers, historians, journalists, librettists, lyricists, press agents, playwrights, producers, stage managers, and theatre technicians. www.theatrewomen.org