Lucie Arnaz: I Got the Job! Songs from my Musical Past 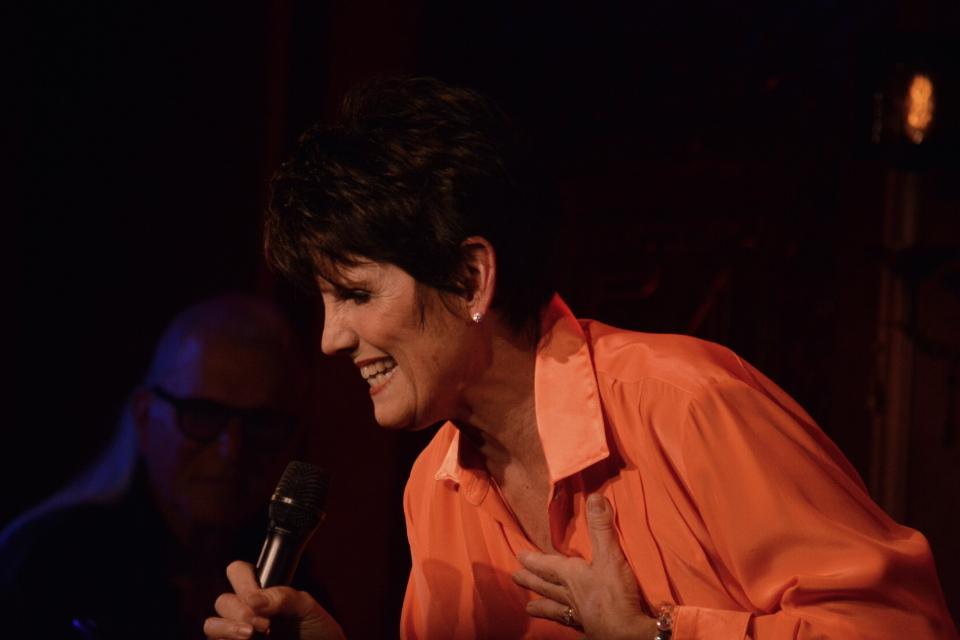 We can’t all be Lucie Arnaz. When I was a little girl watching “Here’s Lucy” (which in the small South Australian town where I grew up we didn’t get to see until the 80s) I wanted to have her life. She was a tall brunette who could dance, sing, act, and do imitations all with great comic timing. And she got to do it on a hit TV show starring alongside her beautiful and talented mother. Who wouldn’t want that life? But alas, we can’t all be Lucie Arnaz. And during her first solo show at Feinstein’s/54 Below, we find out why.

With an enticing voice that slides with ease from crystal clear to bold earthy huskiness, and quite literally the same amount of boundless energy I was used to seeing from her when she was 17, Ms Arnaz bounces onto the stage. Credit is given at the get-go to her Dad, Desi Arnaz, who came up with the idea for her to do her own solo show – about 40 years ago – at which time she thought the idea was corny. She also credits her mother, Lucille Ball, with supporting any passion she and her brother had; recalling that her performing career really began in the back yard at eight years old, lip syncing and dancing on a table to “Bye Bye Birdie.” Supportive-mom went on to build her a small stage in the back yard, complete with prop storage area, and even a ticket booth out the front where, if you were lucky enough to have been one of her neighbors in attendance such as Agnes Moorehead, Rosemary Clooney, or Jack Benny, you would have only been charged a nickel to get in. 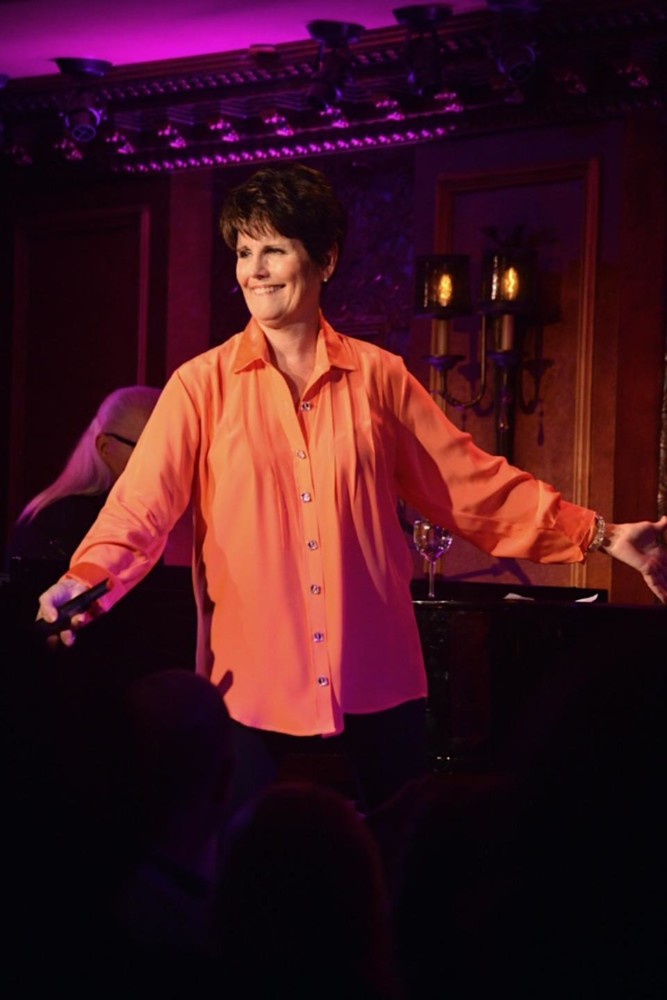 Explaining that she attended Immaculate Heart High School, and that despite it being an all-girls Catholic school, had a reputation for producing the best high school musicals. But disappointment at never getting the starring role was commonplace for Ms Arnaz during those days, as the leads nearly always called for soprano’s which she was not, being continually relegated to the lesser second banana roles; the girls who were always a little too easy with their virtue, or, as she quotes her maternal grandmother, “as Grandma De-De used to say, they’ll go to their grave in a Y-shaped coffin!”

Ms Arnaz is accompanied on piano by the celebrated musical director Ron Abel who occasionally harmonizes with her. There’s a pause that lasts a beat or two before she begins a song, and in those brief moments we bear witness to her acting chops; watching the transformation into the character whose song it is, making us believe that every word she sings is a fresh thought. We are watching a fully rounded performance, with Broadway level skill and at times, with watery eyes that somehow seem to make all of her sparkle. Sometimes she even dances a little while simultaneously belting out a tune, and she does it all in skin tight black pants that have sparkly diamantes down the side seam and black stilettos.

Wonderful songs like “Out Of My Dreams” (Oklahoma – Rodgers & Hammerstein) and “Poor Everybody Else” (SeeSaw – Cy Coleman, Dorothy Fields) are accompanied by fascinating stories, or vice versa, and the audience’s thirst for both are endless, just like Ms Arnaz’s energy. She spoke of her days on the iconic TV show with her mom, expressing gratitude for the big names and talents she got to work with, like dancing The Charleston with Ginger Rogers. She credits “I Love Lucy” favorite, Vivian Vance, for encouraging her to audition for shows and regional theater. But she sites that playing “Grandmother Berthe” in Pippin while on a trapeze remains the “coolest accomplishment of (her) career thus far.”

She’s still got that quick wit and comedic timing as she tells us about her 1978 performance in “Annie Get Your Gun” at Jones Beach Theater and receiving a telegram from Irving Berlin, and performing in Neil Simon’s “They’re Playing Our Song” and the major last minute changes Marvin Hamlisch would make to its main song, “I Still Believe in Love” of which she teases us with a partial rendition.

In 1999 she starred in the musical version of “Witches of Eastwick” in London and treated us to an utterly moving version of “Loose Ends.” 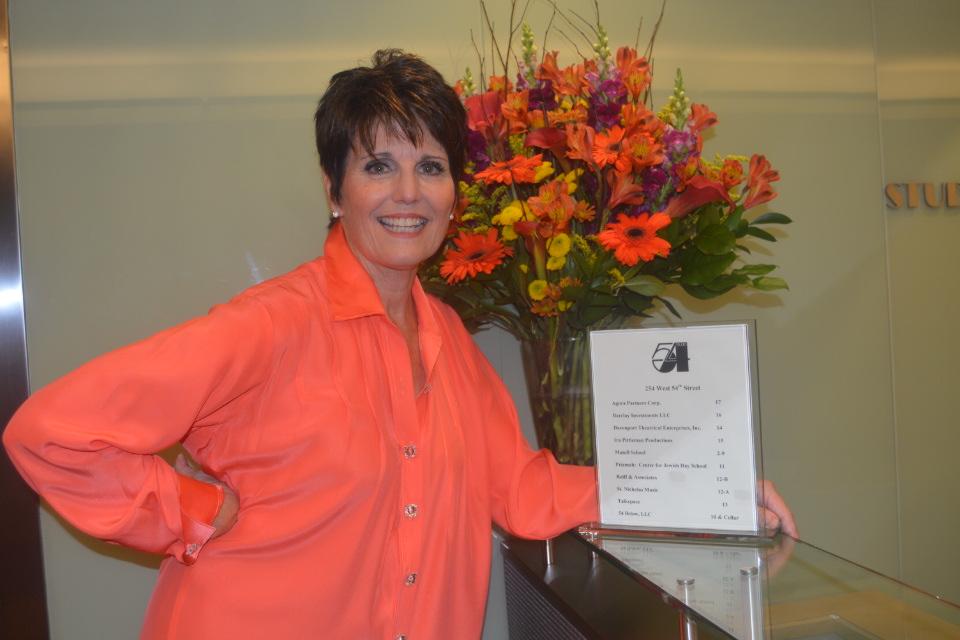 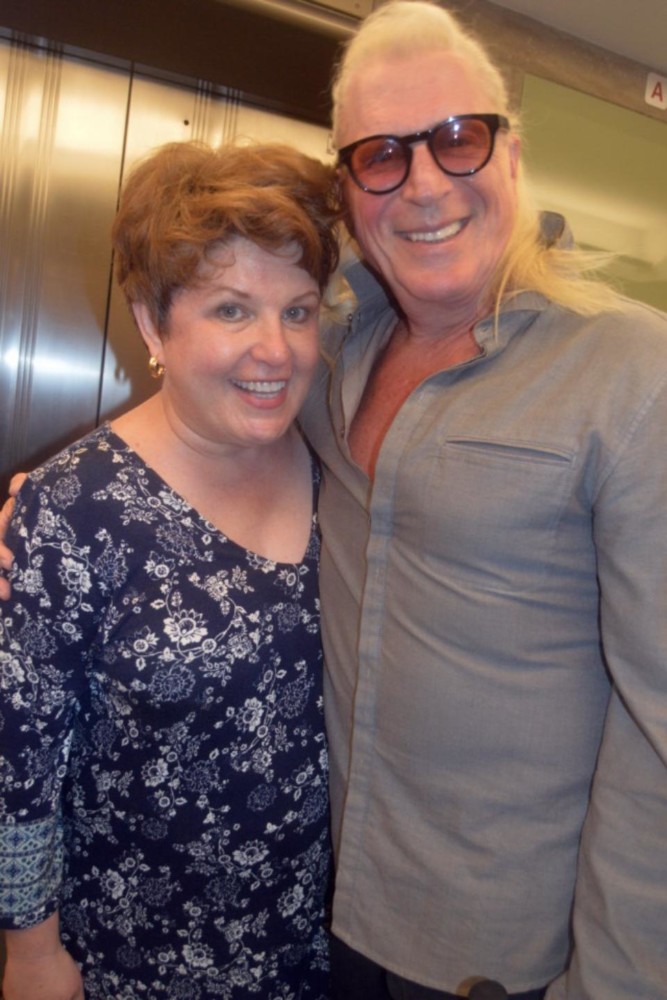 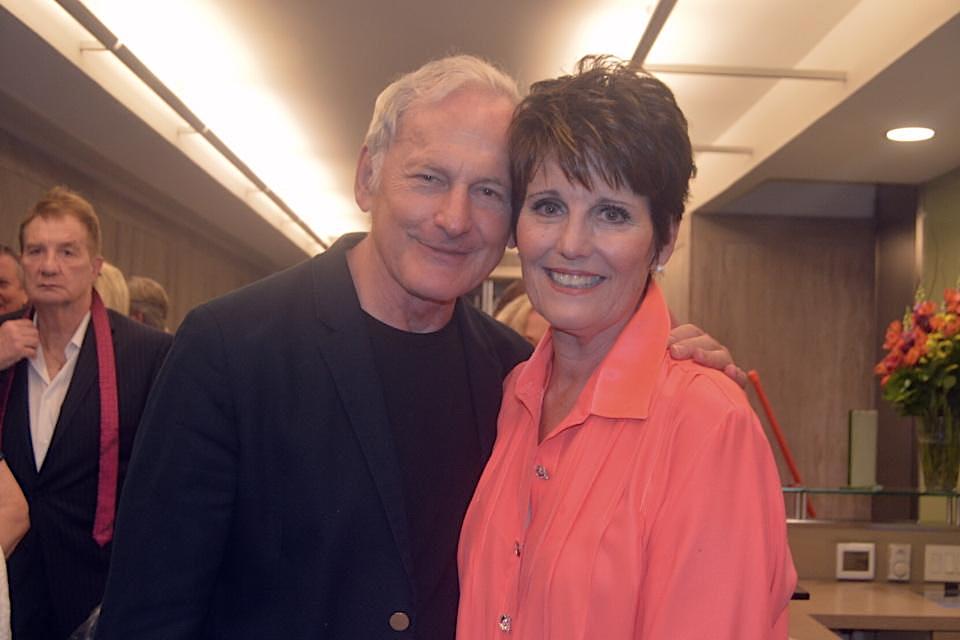 Near the end of the show in a gush of gratefulness for both the experiences her career has given her and the overflowing applause and cheers from the audience, she beams, “I can’t imagine doing anything else for a living!” Well, after all, we can’t all be Lucie Arnaz.