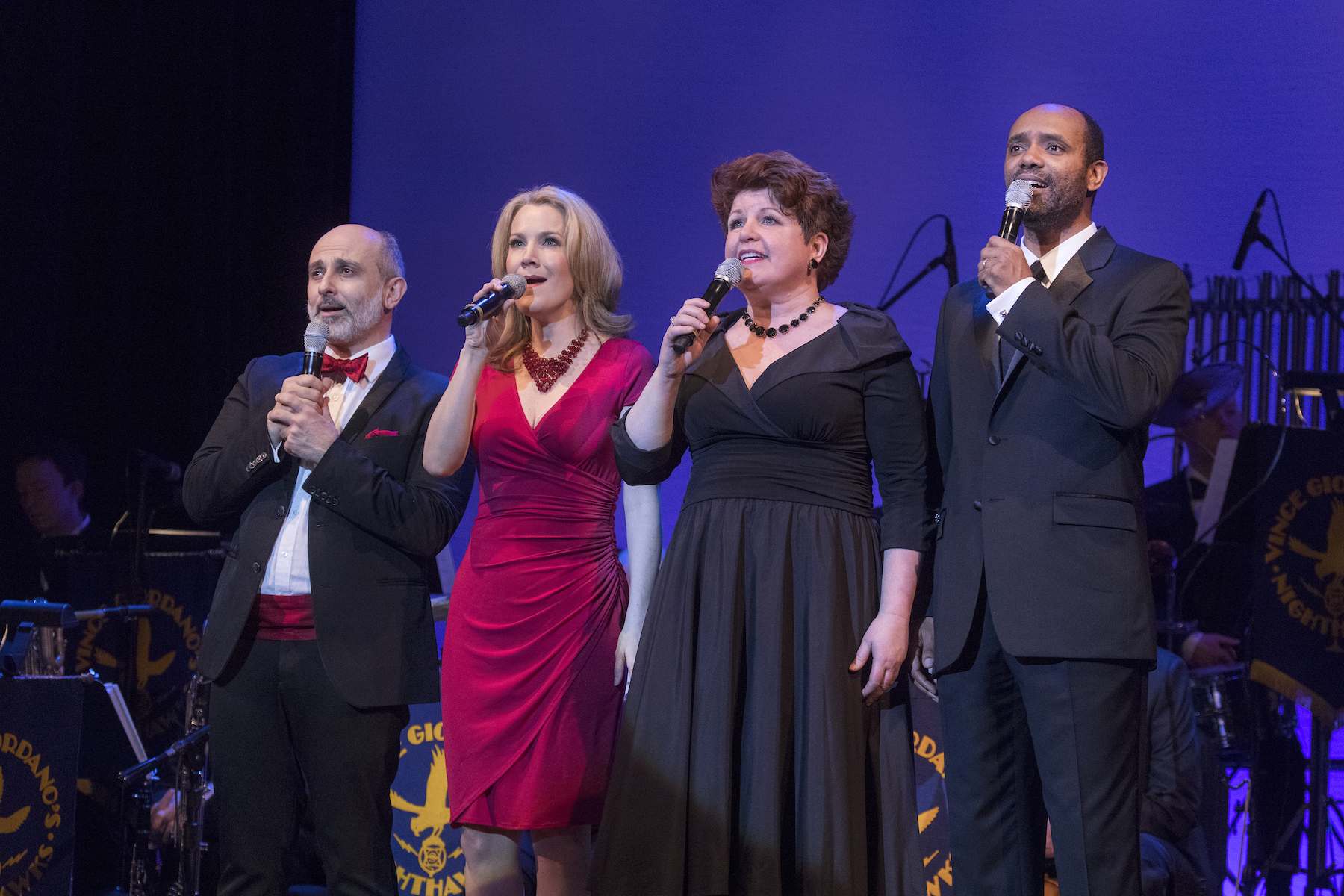 Launching the 47th season of the popular Lyrics & Lyricists series, the early songs of Harold Arlen brought a large measure of sparkle to an audience primed to be lifted up. Arlen was one of the most brilliant and prolific of American composers. Between 1924 through 1976 he wrote over 400 songs, many of which are Songbook standards. So, when Vince Giordano, leader of the 11-member Nighthawks jazz band, suggested a program of 1930’s Arlen music, he was guaranteed a wealth of hits and material to work with. Giordano (co-artistic director and co-music director), Klea Blackhurst (co-artistic director, host and vocals), Peter Yarin (co-music director and piano) and singers Stephen DeRosa, Erin Dilly, Catherine Russell and Nathaniel Stampley, presented a swell cornucopia of Arlen music from Broadway, Hollywood and the big-band scene.

Harold Arlen wrote in many styles (“every which way” as he said in an interview with Walter Cronkite) from ballads to blues to show tunes. He wrote several revues for the Cotton Club during its heyday in Harlem. Singing tunes from the Cotton Club Parade series (all lyrics, Ted Koehler), were Erin Dilly with the upbeat “I’ve Got the World on a String,” Stephen DeRosa with the bouncy “Happy as the Day Is Long” and Nate Stampley with the smooth ballad, “As Long as I Live.” Jazz artist Catherine Russell killed with “Ill Wind” and especially with an inspired “Stormy Weather,” a tune that was written in 30 minutes, but shot a young Ethel Waters to everlasting fame. Klea Blackhurst sang “Sweet and Hot” (lyrics, Jack Yellen) just that way from the revue of the same name. Blackhurst, with her big, Mermanesque voice also sang “It’s Only a Paper Moon” (lyrics, Billy Rose and E.Y. Harburg) brightly, as well as several numbers that La Merm originated herself. These included “Calabash Pipe” (lyrics, Lew Brown) with DeRosa, and a song considered too risqué to record, save for Merman (and it’s still the only one to this day), “Satan’s Li’l Lamb” (lyrics, E.Y. Harburg and Johnny Mercer). Giordano and the Nighthawks specialize in music from the 1920s and 1930s, playing with authentic arrangements, heavy on the tuba (Giordano’s main instrument), which lays down an oom-pah beat. Giordano also plays bass sax and double bass, using the slap style favored at the time. The band shone with their one dedicated tune, “Trickeration” (lyrics, Ted Koehler), a full-out swing number, which spotlighted one of two deficits of an otherwise successful show: a failure to give this amazing band, with its high caliber of players, at least one more feature number of their own. (The other deficit was a dry, academic script written by co-artistic director, Robert Kimball, aided only by Blackhurst’s ability to give it punch and by still photos and film clips of Arlen.)

Last, but not least, with Robert Kimball taking over the podium, the crowning of glory of the Arlen-Harburg collaboration was addressed and presented: a medley of songs from the 1939 classic film The Wizard of Oz. The cast brightly and brilliantly delivered iconic tunes such as “Ding Dong the Witch Is Dead,” “If I Only Had a Brain/Heart,” and, of course the illustrious “Over the Rainbow.” And what better way to end a satisfying, uplifting evening of Arlen and song than with a sing-a-long: a happy reprise of “It’s Only a Paper Moon.” 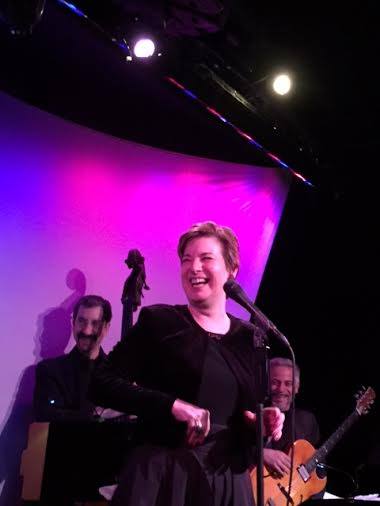 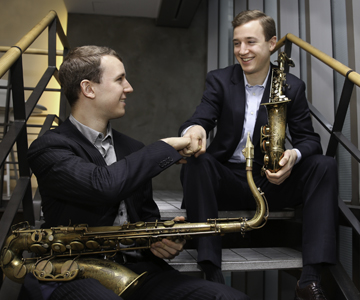 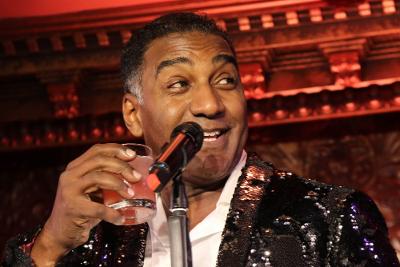