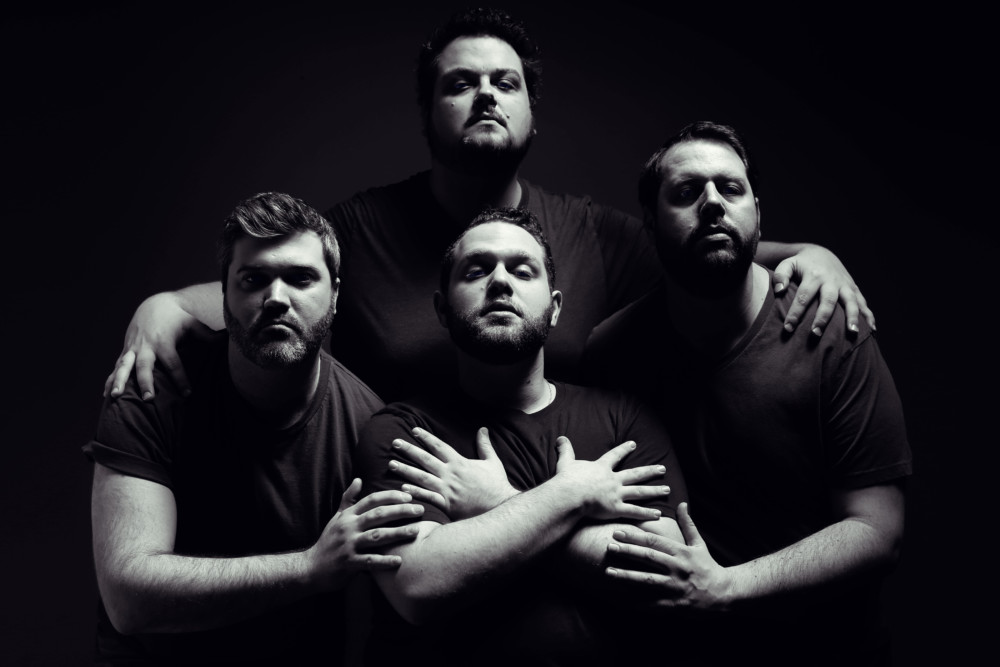 Yuh wanna know how I determine the quality of a performance? It’s a totally physical reflex. It’s if and when my eyes glance at my watch to calculate how much longer I have to suffer before I can get the **** out! Yuh wanna know when that urge overcame me at Mama’s Boys opening night? Between the final note of their encore and the initial roar that launched their totally deserved Standing Ovation! And I checked my watch only to check that the show, minus a single dull moment, had actually lasted for every second of the 90 minutes it was s’posed to.

The performance was so enthralling and entertaining that the hour-and-a-half just whizzed right by. Yes! Yes! Mama’s Boys were that outstanding! Everybody in the room agreed. The majority of the audience — young’uns — instantly sprang to their feet to cheer Mama’s Boys. My creaking minority compatriot seniors needed a few seconds more stand to get themselves upright but they cheered just as loud and long.

Mama’s Boys all live in Astoria, Queens but met while working at the world-famous Don’t Tell Mama’s Piano Bar. Leading-man-handsome Jon Satrom was the first “Boy” Oh-Boy! whose stage presence and vocal gifts captured the discerning ear of Mama’s Booking Manager Everybody Loves Sidney Myer who hired him. Then Jon took leaves (note the plural) of absence to go on regional tours of West Side Story, Grease and Joseph and the Amazing Technicolor Dreamcoat or manage touring casts of Mamma Mia and Rent.

Paul Pilcz who joined the group next arrived by way of Broadway’s first ever revival of Bye, Bye, Birdie with significant TV credits via recurring roles on FOX’s Gotham and HBO’s Mildred Pierce and Boardwalk Empire.

Their ultimate asset, Brian Kalinowski, renounced the high seas for the high C’s. He’d played the original Edna Turnblad in the Royal Caribbean’s Oasis of the Seas’ Hairspray and has also been seen in principal roles regionally in Sister Act and Chicago. 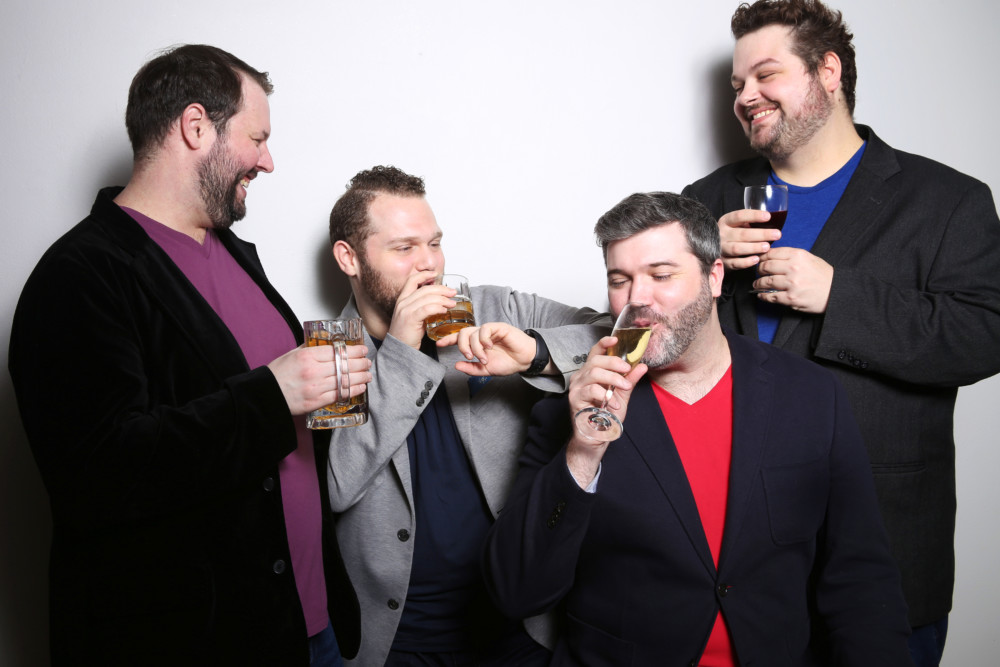 According to Jon Satrom, they like … even love each other like brothers, fortunately not biblically, like Cain and Abel. Their evident pleasure in singing together the joy they spread along with their exquisite and robust synchronization. Not only do their voices blend harmonically and powerfully, the boys are blessed with both exquisite and diverse musical taste.

In order to more effectively select songs for their prospective show, each one agreed to bring five songs to the group table to evaluate. Paul’s interpretation of the selected original number was “a few” aka way more than five contemporary musical theater, pop rock, top 40 songs. Tommy also brought five-plus songs which he dubbed a “healthy mix.” Jon arrived with 80 ‘80’s-90’s power ballads. Brian may have been the only one to have gone to Catholic School because he followed the rules and arrived with 5 showtunes, although if it were up to him, the entire program would be showtune packed.

I didn’t know most of the tunes Mama’s Boys sang, but they sang them with such verve and élan that despite my unfamiliarity I enjoyed meeting each one and every one. “Bed I Made,” by Allen Stone had the most intriguing refrain:

And every night, I close my eyes
And all my troubles fade
And every morning when I rise
I’m just sleeping in this bed I made

Oy Vey, Sleeping in the Bed I made was what my mother doomed me to. Well, the more things change the more they stay the same.

Naturally I loved the blending of Sondheim and Porter in “Old Friends/Friendship” with this delicious Porter line: If you ever lose your teeth, and you’re out to dine, borrow mine. And happily for me and Brian Kalinowski, an ecstatic Broadway Medley marked the halfway spot in the show

I was impressed for the first time with Ed Sheeran and Justin Bieber’s (my granddaughter’s former favorites) “Love Yourself,” which intersected nicely with “The King of Wishful Thinking,” by three guys I never heard of, but I’ll keep an eye out for.

The Quartet’s final quarter included tunes by contemporary Broadway Kings: Lin Manuel Miranda, Benj Pasek and Justin Paul and the gone but not forgotten Jonathan Larsen. The encore was an amazing tune by Sara Bareilles entitled “Chasing the Sun,” inspired in a Queens graveyard. Tell the truth. Is there anywhere else to go in Queens.

It doesn’t get better than Mama’s Boy’s new-fangled contemporary update of the classic tried and true, old-fashioned Barber Shop Quartet or should we be hip and dub them a Vocal Styling Salon Ensemble.

Don’t feel down in the dumps because you missed this sure-to-win-this-years-MAC-Award show. It’s being performed again by Mama’s Boys at where else but Don’t Tell Mama on “Leave Work Early” Saturday October 5, at 4 pm, and on Thursday, October 24th at 7 PM. Reserve at donttellmamanyc.com or 212-757-0788

Should you want to see some or all of the boys in advance, one or more are usually among the More Than Ready for Prime-Time Players at Ricky Ritzel’s Broadway’s September Edition at Don’t Tell Mama this Friday Night October 27th at 7 pm.