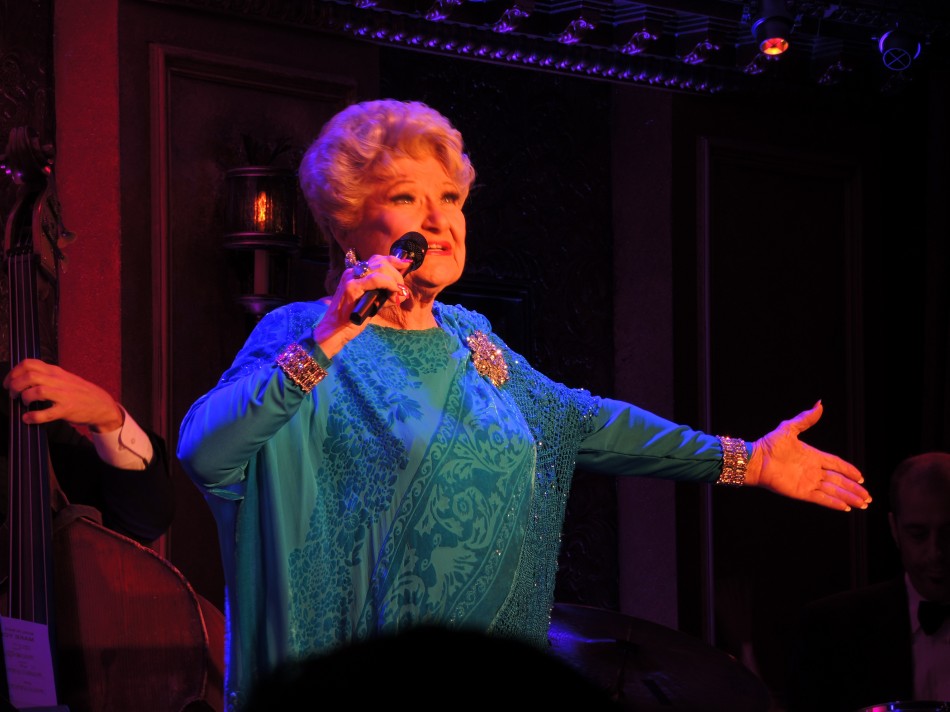 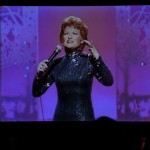 MM on the Carson Show 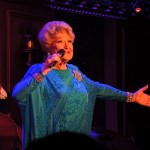 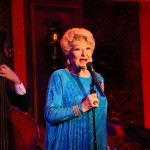 Let’s be perfectly clear – it doesn’t matter what Marilyn Maye decides to call her act. An act by any other name would still be met by the on-going cheers of an audience who is in love with this “super singer” (as dubbed by Johnny Carson). She’s got the power, the vocal capabilities and the love! 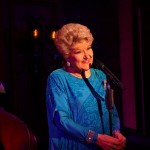 Once again, the marvelous Ms. Maye (looking divine in blue-turquoise pants outfit by Bob Mackie) showed us what it’s all about, this time in a tribute to her old friend Johnny Carson on whose show she appeared a record 76 times  from 1968 thru 1990. Unearthing video clips of her appearances specifically from 1976 – 1979 (many videos had been destroyed), the audience had the pleasure of seeing and hearing Marilyn throughout the evening, Johnny’s message always loud and clear: “A great singer. . . she’s so good, she’s simply excellent . . . a super singer. . . that’s the way to sing a song, she’s a super singer . . .” And uttering words that many reviewers, including myself, have said over and over again: “If there are any young budding singers out there, get her records, listen to her. . . she understands the lyrics, she tells the story, she knows what it’s all about.”

Well, that’s enough to throw one into an uproar, and it did, throughout an evening of spectacular song choices from Marilyn’s TV appearances on the Carson show, that included “Make Your Own Kind of Music/Without A Song” (Barry Mann/Cynthia Weil – Vincent Youmans/Billy Rose/Edward Eliscu) to what’s become a theme song, “Golden Rainbow” (Lorenz Hart/Richard Rodgers).

She regaled with stories, not only about her several husbands, but how, in those days, a woman was a reflection of a man, as she segued into a comedy tongue-in-cheek medley of snippets of “My Man,” “Can’t Help Loving That Man,” “Losing My Mind” – an ode to freedom and liberation, leading up to a video of her singing “I Will Survive/Those Were the Days,” on Johnny’s show, making funny gestures on the dark stage as we watched and chuckled, until she launched into “I Will Survive” live, not a beat nor a note lost.

What would an MM show be without some parodied lyrics – and there were to Johnny, in a short medley “Easy to Remember,” That Face,” I Remember You” and “Too Marvelous for Words,” leaving the audience shouting with pleasure when she reached the finale “It’s Today.”

Billy Stritch was on piano adding his own brand of brilliance, with Tom Hubbard on bass and Ray Marchica on drums.