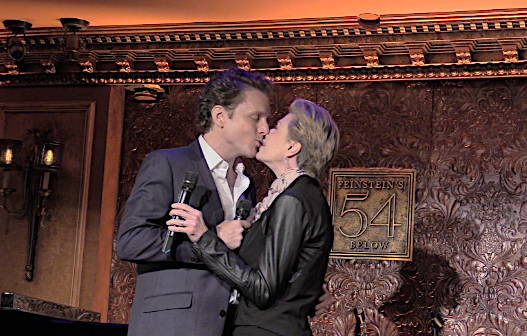 Appearing together for the first time at Feinstein’s/54 Below, is Broadway’s lovely and loving couple Marin Mazzie and Jason Danieley in “Broadway & Beyond.” They will present songs from the Great White Way and the Great American Songbook as only they can.

Songs they introduced in Broadway shows include those from Ragtime, Passion, The Full Monty, Curtains and The Visit. They originated roles in revivals such as Kiss Me, Kate along with the many standards from their TV, cabaret and concert appearances around the world.