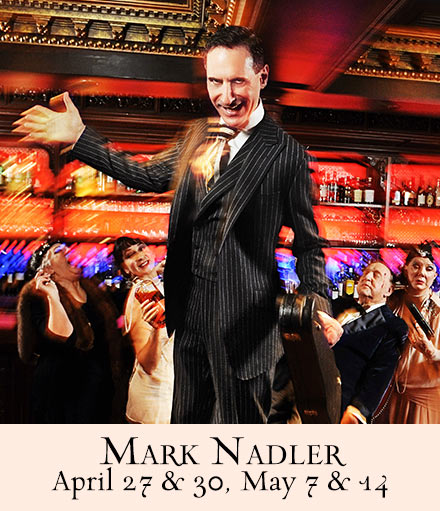 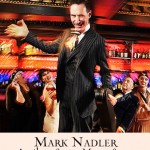 Mark Nadler’s cabaret shows are always refreshingly different from the usual autobiographical, favorite songs format. His Runnin’ Wild: Songs and Scandal of the Roaring Twenties was a madcap tour of this decade of drinking and debauchery beginning with the very apt “Let’s Misbehave” and “Let’s Do It” (both by Cole Porter) mixed and matched with “Runnin’ Wild” (A. Harrington Gibbs, Joe Grey & Leo Wood), accompanying himself on the piano, soon joined by Janelle Reichman, dressed in a red flapper costume, on clarinet, and Christian Jaudes on trumpet, an inspired combination of sounds.

Joyfully supplying fascinating bits on making a proper martini (1920s style), to the decadent lives of Libby Holman—the torch singer, murderess, tragic figure—and Clara Bow, the “It” girl, he sang “Limehouse Nights” (Gershwin/DeSylva/Mills) & “Limehouse Blues” (Philip Braham/Douglas Furber). His arch retelling of the Aimee Semple McPherson’s scandal was paired with Nadler’s personal religious experiences with the Tink family across the street from his childhood home, where he compared his “equipment” with little Debbie Tink’s, ending with a pseudo conversion to Christianity, much to the displeasure of his mother!

It turns out that Cab Calloway’s “Minnie the Moocher” (Irving Mills/Calloway) started life as “Willie the Weeper,” both of which Nadler sang with an insouciant wink following up with what he called “the national date rape anthem,” “Say It With Liquor” (Halsey K. Mohr) which is, indeed, a guide to getting a date blotto.

His tribute to Libby Holman included the very funny “Primitive Man” and the heartbreaking “Love For Sale” (both by Cole Porter) plus her big hit, “Body and Soul” (John Green/Edward Heyman/Robert Sour/Frank Eyton), which he sang while walking into the audience talking about Holman’s stalker, whom she actually married—and eventually murdered!

To give his tale of the twenties a more international feel, Nadler sang a suite of songs from The Threepenny Opera (Weill/Brecht) including “Mack the Knife.”

He ended this manic tour of the twenties with a manic “Pack Up Your Sins and Go to the Devil” (Berlin), which included extended instrumental solos.

Mark Nadler does everything with a maniacal energy that never gets out of control. His voice is strong and he is a lithe, passionate performer who never lets his audience down.

Mark Nadler has three more performances of this show on April 30th, May 7th and May 14th.