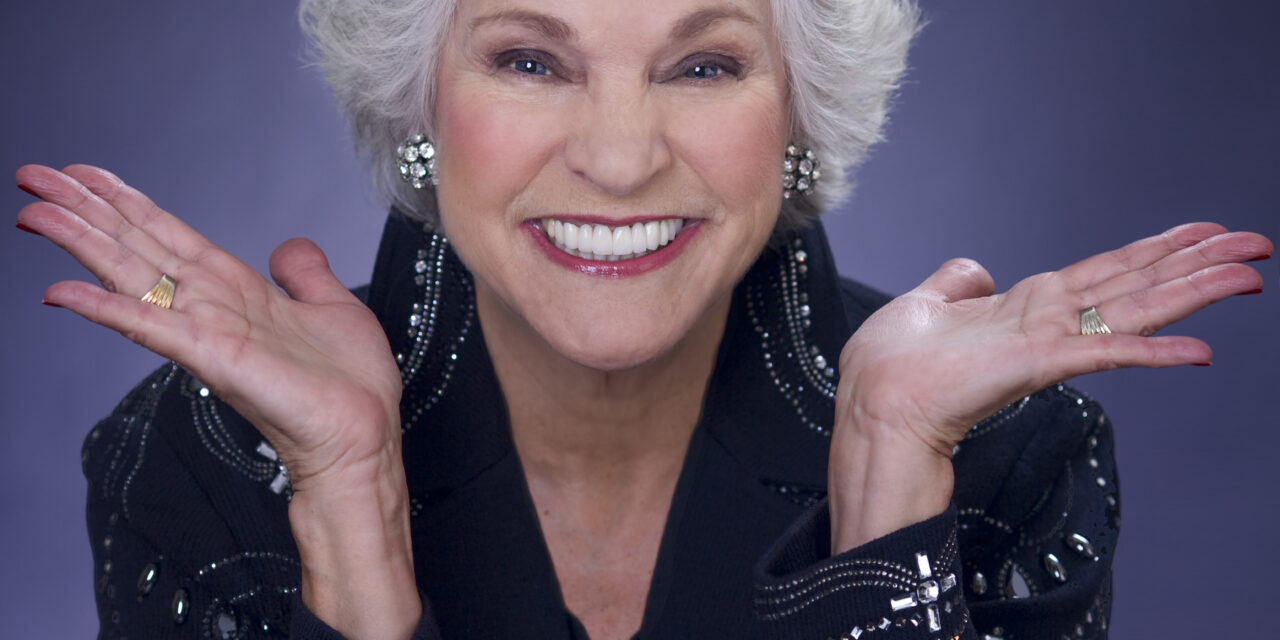 Powerhouse Vocalist and Entertainer, Marta Sanders (Broadway’s Best Little Whorehouse) has set the standard for cabaret in New York City since the 70’s is one of the original winners of The MAC “Outstanding Female Vocalist” Award and Bistro Award for “Consummate Cabaret Artistry.”  Marta Sanders steps back into the spotlight and onto the cabaret stage for two nights only April 13 and 15 @ 7 pm at the Laurie Beechman Theatre (West Bank Café) with her new one-woman cabaret show: “LIFETIME ACHIEVEMENT” and answers the burning question: “Whatever Happened To That Nice Quaker Girl?”  She’ll be accompanied by Musical Director and Director Mark Nadler. Marta Sanders will be receiving MAC’s 2022 Lifetime Achievement Award at Symphony Space on April 12th, alongside Broadway’s Chita Rivera. Tickets: www.WestBankCafe.com

The season is coming up for some major entertainment at 92Y “Lyrics & Lyricists” series. See the schedule as below.

Singing sensation, Broadway actress Karen Mason (Wonderland, Love Never Dies, Sunset Boulevard, Hairspray) is back at Birdland with Kander & Ebb and All That Jazz on March 28 at 7 pm. Christopher Denny is on piano, with Ritt Henn on bass. Director: Barry Kleinbort. www.birdlandjazz.com

Talented violinist & singer Edmund Bagnell will perform on March 20 at 7pm at Birdland Jazz (315 West 44th Street). He’s performed in concerts around the country with Tony Award-winning stars like Patti LuPone, Kristin Chenoweth, and Audra McDonald, on Broadway at the Minskoff and Al Hirschfeld Theatres, and venues around the world. (The Vatican, the Leicester Square Theatre in London, and the House of Blues in New Orleans (he is also a member of the chart-topping all-gay string quartet Well-Strung). He’ll be joined onstage with Yasuhiko Fukuoka on piano and Miles Sweeny on guitar & drums, in his beautiful new show Americana celebrating the diversity of American music from jazz, pop, and folk to American classical, Broadway and more. Through storytelling, violin, and song. www.birdlandjazz.com

FEINSTEIN’S/54 BELOW, Broadway’s Supper Club, presents Ann Talman in “The Shadow of Her Smile” for one night only – Thursday, March 31, 2022 @ 9:45pm. Ann Talman is an actor, singer, storyteller, award winning documentary filmmaker, and four-time Broadway veteran. This is her Feinstein’s/54 Below debut. The show is directed by Bistro and MAC Award winners Lina Koutrakos with musical direction by Alex Rybeck. www.54Below.com

Coming UP: The 36th Annual MAC Awards on April 12 at 7 pm at Symphony Space where Chita Rivera and Marta Sanders will be honored with Lifetime Achievement Awards and more. Tickets are now available at at https://www.symphonyspace.org/events/vp-36th-mac-awards