Marta Sanders: Whatever Happened to That Nice Quaker Girl? 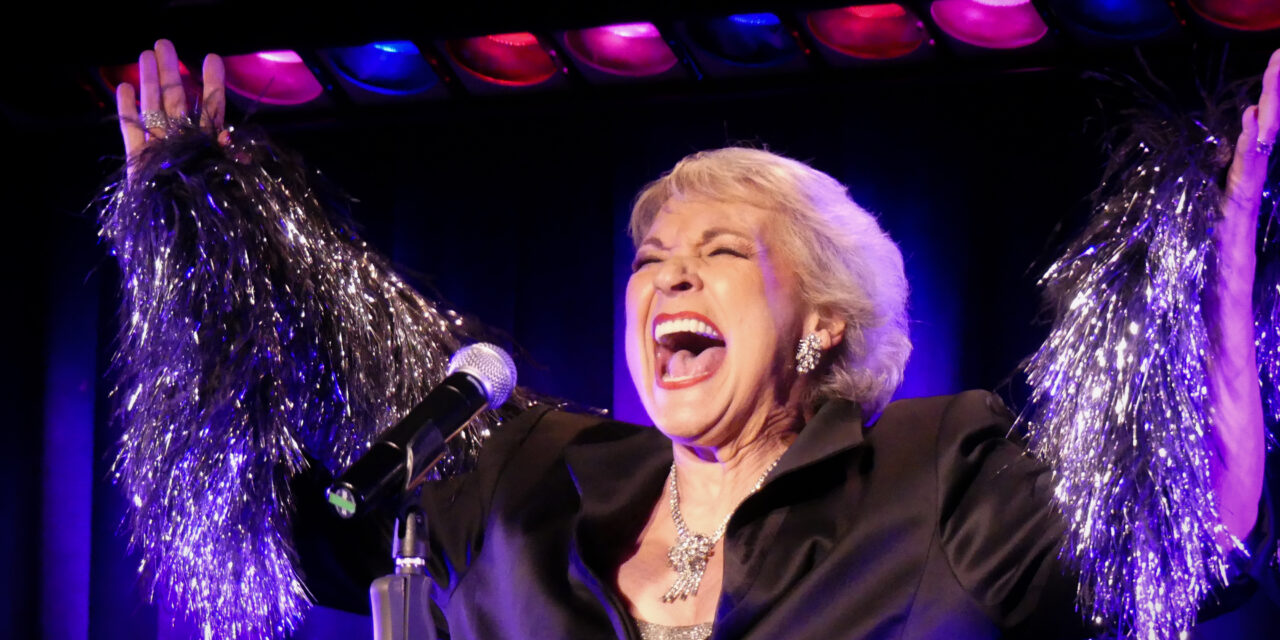 In asking Whatever Happened to That Nice Quaker Girl?, Marta Sanders answers her own question without reservation. In her new show of the same name, Sanders has created a tour de force theatrical experience—an extended monologue with perfectly curated musical selections that drive the story home. This delightful, humorous and often touching show was conceived, in part, by Sanders receiving the 2022 MAC Lifetime Achievement Award (“This Little Light of Mine,” traditional). And what a lifetime it’s been, as we come to know.

It was no surprise, then, to see Mark Nadler at the piano wearing an accompanist hat. He also directed the show and aided in Sander’s crafting of it—helping to deliver this not unexpected result of excellence, given his own recent debut of the amazing theatrical cabaret, Harts’ Desire. It turns out that Sanders and Nadler are old friends, easy to see in a common high-energy, no holds barred approach to their craft. For Sanders, that craft also encompasses a marvelous ability to connect with her audience, as well as confidence in what she has to offer. Fearlessly (of course), should she go up on a line or encounter a glitch, her insouciance about it is a lesson to all performers to acknowledge it and move on, especially with humor.

Sanders’ opening number, “Love Is in the Air” (George Young, Harry Vanda) set up an introduction to Quakerism—a religion unfettered by dogma and heavy on personal responsibility (“A Little Bit of Good,” Kander & Ebb). How could her parents know their conversion to this sect would be perfect for their fiercely independent child?

It turns out that Sanders had a rather exotic upbringing with her four siblings, moving frequently and spending many of her early years in South America. What emerged early on was  her uniqueness and absolute fearlessness, the main theme of Whatever Happened to… The family already had roots there via her Argentinian-born mother. An absolutely hilarious delivery of Goldilocks and the Three Bears in Spanish not only paid tribute to her mom, but showcased proficiency in Español, an asset in her “day job” as a major force (what else?) as a tour guide and tourist industry kahuna.

She relates with humor and yes, pride, that her first life achievement was working the Quaker system, musically illustrated by a fun “Sit Down, You’re Rockin’ the Boat” (Frank Loesser). Thus, she achieved her 13-year old’s desire to sing “House of the Rising Sun” (Georgia Turner, Bert Martin) at a Quaker meeting. She cut quite a wide swath on her own in South America, “Livin’ la Vida Loca” (Desmond Child, Draco Rosa) in Bogata, Columbia, innocently getting mixed up with Columbian arms dealers (“Hernando’s Hideaway,” (Jerry Ross, Richard Adler), and finding a connection to Latin music while living and studying voice in Argentina.

A fearless move to New York City in 1969 included study at the American Music and Dramatic Academy, a stint as a singing waitress at Mrs. J’s Sacred Cow, romance and a time working with strippers in the Catskills. For this she produces a glitzy mylar boa from a Quaker Oats canister and sings a robust, comic “Show Me” (Lerner & Lowe) in the voice of Julie Andrews. Meeting songwriter Carol Hall led to Sanders’ fearless Broadway debut as an original cast member of 1978’s The Best Little Whorehouse in Texas.

But the best was yet to come for the Quaker girl. In 1981, Marta married Gordon Cooper (“What Matters Most,” Dave Grusin, Marilyn and Alan Bergman), with two daughters to follow. Philosophically, she muses upon the future: who knows what it will be or what will unfold. But one thing the fearless one knows is that she’ll face it head on (“I’m Not Afraid,” Jacques Brel), a perfect summation of her life to date.

As to the trajectory of that Quaker girl, Sanders’ encore of a moving “If They Could See Me Now” (Cy Coleman, Dorothy Fields), answers the question of Whatever Happened to That Nice Quaker Girl?—at least up to now.  www.beechmantheatre.com     www.westbankcafe.com