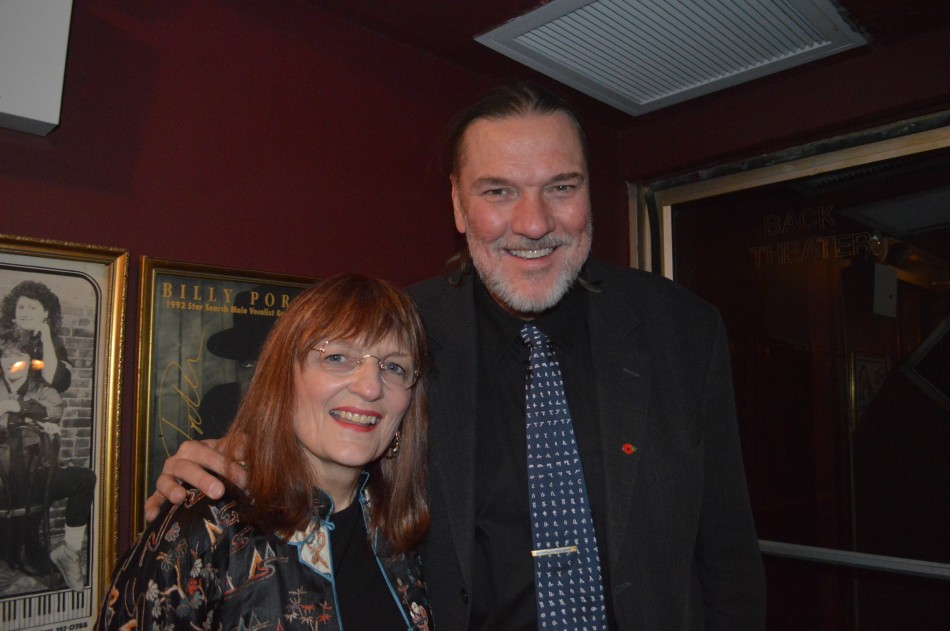 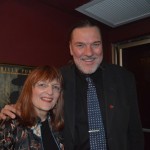 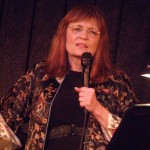 Martha Lorin was born into jazz; the singer/lyricist/songwriter has followed in the footsteps of her notable grandmother and mother, Sarah and Margaret Dalton. As a child prodigy, Jon Weber also was born into jazz (and much more). The two performers have combined their respective musical super-powers to put together a show, which in the words of Jack Ellis to the Harold Arlen tune, shouts out: “That’s What I Call Love.”

“Celebrating Harold Arlen” is a line-up of tunes as performed through the eyes of the singers and musicians who’ve gone before – an angle that’s just up Weber’s street: among many amazing talents, he has the ability to exactly mimic the piano styles of anyone whose fingers have touched the keys. Two notable examples in this evening of many familiar gems, were “Happiness Is A Thing Called Joe,” (lyrics by Yip Harburg) mastered and played in the style of Ellis Larkins, and “Stormy Weather” (lyrics by Ted Koehler) in the style of Oscar Peterson. Weber’s dexterity, with the addition of his own improvisation and arranging skills, makes for jaw-dropping supremacy at the keyboard.

The vocal half of the duo, Martha Lorin, possesses a smooth, smoky voice that wraps around notes with poise and ease. Lorin may be the coolest cat since Peggy Lee to bless a jazz stage. From the first number, “I’ve Got The World On A String” (lyrics by Koehler), to the last, “Come Rain Or Come Shine” (lyrics by Mercer), Lorin eased her way through a variety of tunes with a sophisticated, personable and often amusing delivery. Lorin’s approach is, over all, astute and discerning. “I Got A Right To Sing The Blues” (lyrics by Koehler) and “Blues In The Night” (lyrics by Mercer), rather than angst-ridden, for example, were treated with intelligent respect for the meaning of the lyric – much in the same way that the great Ella Fitzgerald put across her blues numbers.

One of the perks of the Weber-Lorin collaboration – and it was a treat to hear and see them play off each other in the great jazz tradition – was the storytelling that informed many of the tunes. Weber is a font of such information. “It’s Only A Paper Moon” (lyrics by Harburg and Billy Rose), he explained, by way of example, was written in 1933 for a flop musical called “The Great Magoo,” and recycled (as much music was back in the day) in a movie called “Take A Chance,” and eventually picked up and made a hit in the early 1940s.

“Get Happy” (lyrics by Koehler) was performed in the manner of Stan Getz on his “Stockholm” album. The saxophone genius and icon, John Coltrane, was the source of inspiration for “(You’re Clear) Out Of This World” (lyrics by Mercer), which he performed in a samba tempo. “One For My Baby (And One More For The Road)” (lyrics by Mercer) was dedicated to Lorin’s friend, the late jazz pianist, Tommy Flanagan.

Jon Weber (he’s also now the host of Piano Jazz on NPR, replacing the late Marian McPartland) and Martha Lorin have a great chemistry together. Weber is an especially intuitive and accommodating pianist. Lorin said at one point, “With Jon you can do any damn thing you want because he’s always there.” True dat. The reverse is equally true: Lorin’s always there too. Although not part of the program, the convergence of these two enormously talented pros made us leave humming that Arlen-Koehler number, “Happy As The Day Is Long.”