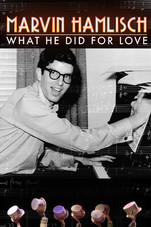 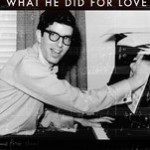 Marvin Hamlisch: What He Did For Love  is the First Film Biography of Composer-Conductor Marvin Hamlisch Featuring Exclusive Access to His Personal Archives.

Filmmaker Dori Berinstein is nominated for a 2014 Emmy Award as Director, Producer and Writer for Outstanding Documentary or Series for this film which aired on American Masters this past season in which she presents a deeply personal, insider portrait of one of the greatest artists of our time.

Composer, conductor, genius, mensch: Marvin Hamlisch earned four Grammys, four Emmys, three Oscars, three Golden Globes, a Tony Award, and a Pulitzer Prize before his untimely death, making him one of only two PEGOT winners ever. Hit after hit – “The Way We Were,” “Nobody Does It Better” and scores for The Sting, Sophie’s Choice and the Broadway juggernaut A Chorus Line – made him the go-to composer and performer for film, Broadway, every U.S. President since Reagan, and concert halls worldwide.

The DVD for Marvin Hamlisch: What He Did For Lovecan be purchased at:
https://itunes.apple.com/us/movie/marvin-hamlisch-what-he-did/id773849432