MAC Hanson Award winner Maureen Kelley Stewart, she of the golden voice and beautiful silver hair, has chosen to celebrate “The Wizard of Words:  E.Y. Harburg” in her new show which premiered May 17 at the Laurie Beechman Theatre.  With masterful arrangements and accompaniment by Tedd Firth,  Kelley Stewart chose not to do Yarburg’s songs (over 500 and with 50 collaborators) chronologically but grouped them by themes and, more importantly, Harburg’s life long protest against injustices against poor minorities, including blacks.  Among the composers Harburg worked with she chose Harold Arlen, Vernon Duke, Jay Gorney, Arthur Schwartz, Burton Lane, and Sammy Fain.Harburg was lucky enough to be seated behind Ira Gershwin in public school on the lower East Side and they became life long friends.  Gershwin introduced Harburg to Duke, Arlen, and most importantly Gorney.  At Gershwin’s home there was a victrola and Harburg was exposed to Gilbert & Sullivan which inspired many of his lyrics and rhymes.  Kelley Stewart sang Harburg’s first big hit, from The Great Magoo in 1932, as a slow ballad, complete with verse.  That song, “It’s Only A  Paper Moon,” when sung slowly highlights the sham of romance.  Kelley Stewart also sang “Fun To Be Fooled,” which Harburg wrote with Gershwin and Arlen, cleverly enacting those telling lyrics.  There was an expressive version of “Last Night When We Were Young,” written for a Lawrence Tibbett movie in 1935, but was cut and never became a hit until Judy Garland sang it years later.In the midst of the Great Depression, when Harburg and many of his friends’ families lost all their savings, Harburg and Gorney wrote one of Bing Crosby’s biggest hits, “Brother Can You Spare A Dime.”  Kelley Stewart sang it intensely and Firth’s pulsating rhythm illustrated the frustrations of the former soldiers, railroad workers and building workmen.Kelley Stewart jumped ahead to 1957 when Arlen and Harburg wrote a Broadway show for Harry Belafonte.  Belafonte had to drop out and the producer David Merrick had the lead re-written for Lena Horne!  Kelley Stewart sang “I Don’t Think I’ll End It All Today” from Jamaica but told us that Harburg so hated what Merrick did that he never saw the show.  If he had, he would have seen the first interracial kiss on stage between Horne and Ricardo Montalban and no one protested (as they did when Sammy Davis kissed Paula Wayne in Golden Boy.)There were two great medleys –  Harburg/Schwartz’ “Then I’ll Be Tired of You” and “Right As The Rain” from Bloomer Girl which may have been the first Broadway show about a feminist who invented bloomers for women’s undergarments.  The second medley was a series of songs from Harburg’s biggest Broadway hit, Finian’s Rainbow, written with Lane, revived on Broadway three times since its initial 1946 production.  It deals with greed, victimized blacks, bigoted Southern politicians, and a crazy group of Irish immigrants.  Kelley Stewart sensitively sang “How Are Things In Glocca Mora,” “Look To The Rainbow,” and “Old Devil Moon.”   Perhaps Harburg and Arlen’s most famous movie is the 1939 Wizard of Oz.  Again, Kelley Stewart empathized the social undertones of this childhood favorite, stressing the oppression by the government and the victimization of farmers and factory workers.  “If I Only Had A Brain,” with its three parts (“if I only had a heart,” “if I only had courage,”} were sung as slow ballads.She revealed that the original Frank Oz book does not have the word “rainbow” in it!  Yet, Harburg and Arlen’s biggest hit, which the producer wanted cut until Harburg angrily confronted Louis B. Mayer, was the Academy Award winning “Over The Rainbow.”  Throughout her life, Garland sang many Arlen and Harburg songs.  Kelley Stewart appropriately closed the show with it.Maureen Kelley Stewart “The Wizard of Words:  E.Y. Harburg” will repeat Sunday, May 22 at 1 PM at the Laurie Beechman Theatre, 407 West 42 Street, New York 212 695-6909  Reservations are strongly recommended. 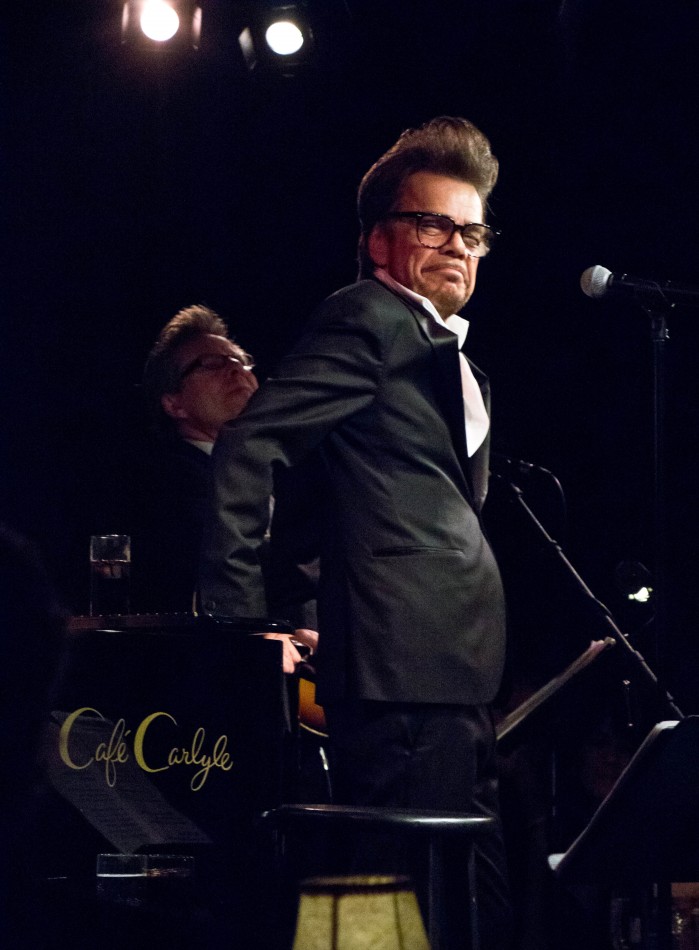 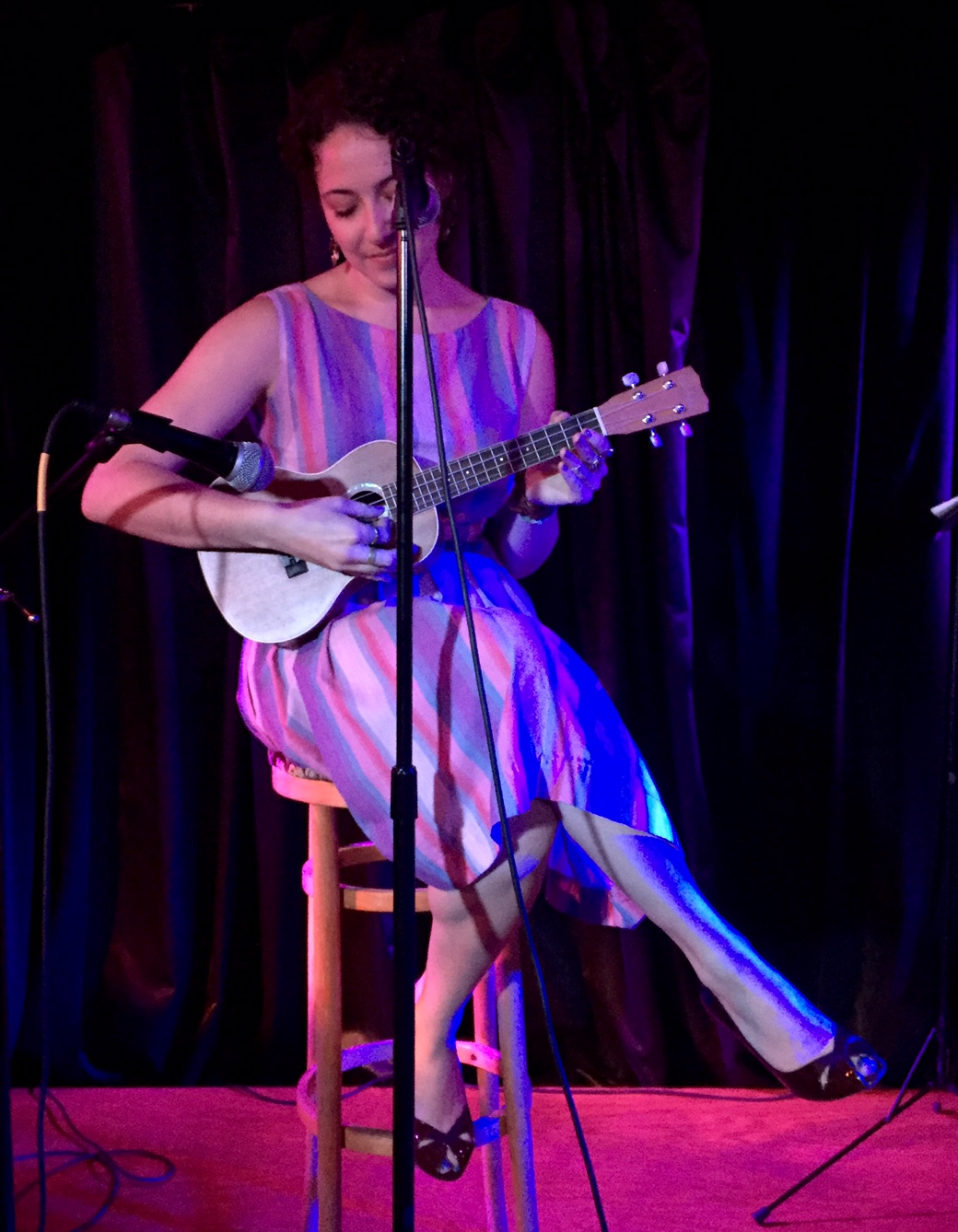 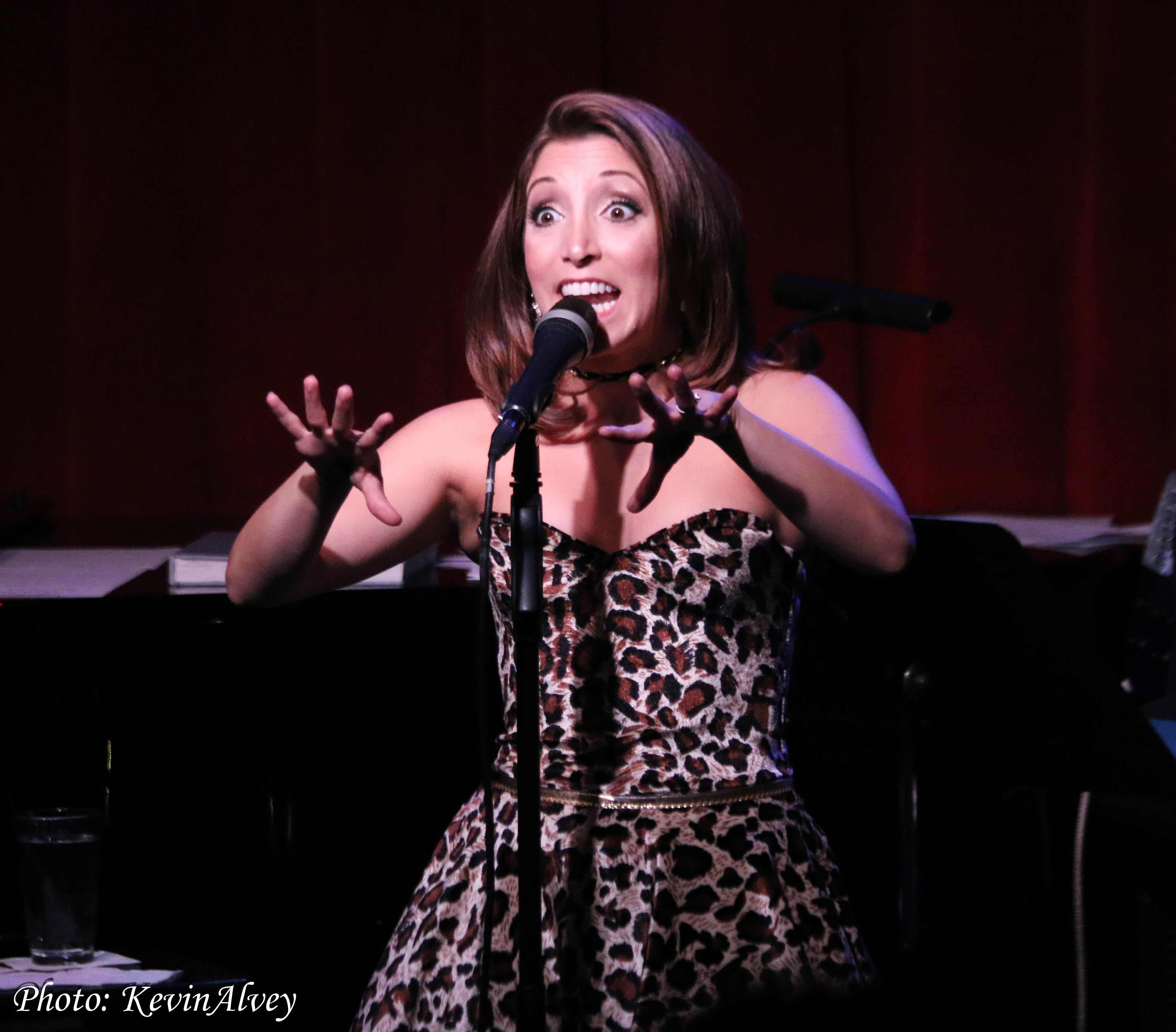