Maxine Linehan – One: The Songs of U2 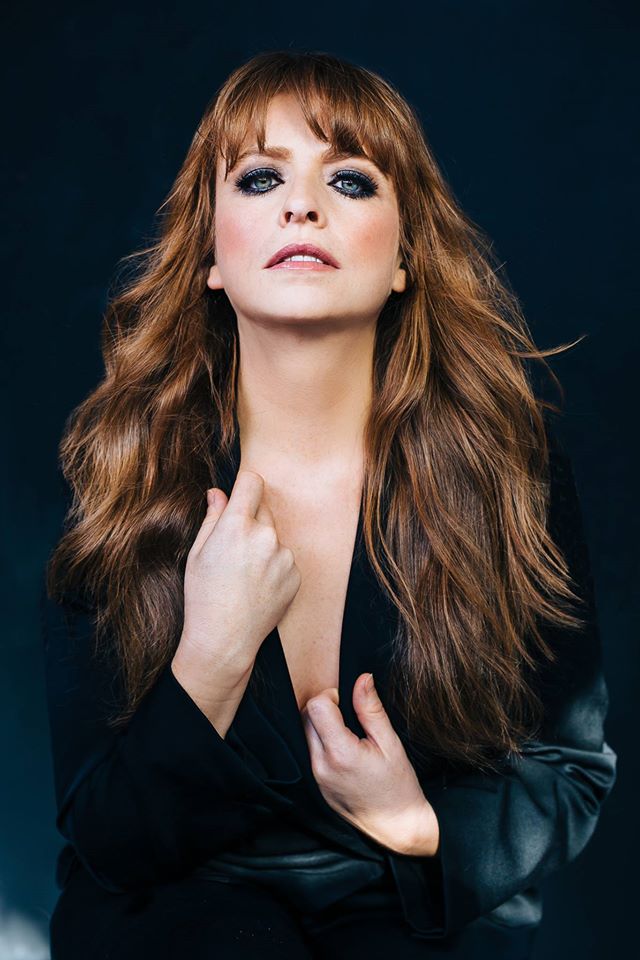 The internationally acclaimed rock n’ roll band U2, formed by four Dublin lads in 1976, is one of the best-known and best-selling music groups of all time. The members are not only musicians but activists and humanitarians who’ve barely left the spotlight in their many years together. Over four decades, the band has turned out songs of consistent quality with a distinct melodic sound driven by brilliant, consequential lyrics. So it’s no wonder that Irish-born Maxine Linehan was drawn to sing the U2 songbook on March 14 at Birdland.

Yet the high-profile nature of the group also presents a slight problem – U2 is a very difficult act to follow. Bono, the lead singer of U2 is larger than life. Just as almost every actor who’s performed The Music Man’s Harold Hill, must inevitably deal with the ghost of Robert Preston, Bono’s charisma, vigorous maleness and intensity loom large. It’s not easy to stifle comparison, especially in a distaff singer. Yet, in all fairness, Linehan must be given major props for embracing the U2 songbook and putting her own stamp on it. Linehan’s strong suit is a passion for the work and a total belief and commitment to, as she puts it, their “profoundly moving and thought-provoking lyrics.” In fact, Linehan has a fine capacity to make the lyrics of each and every song “pop” with meaning.

U2 songs are nothing if intense with meaning. Each one is about something significant. There’s no fluff in the world of U2. Linehan’s rendition of “Sometimes You Can’t Make It on Your Own,” written as a tribute to Bono’s late father (and dedicated to the diva’s own deceased Dad) had a near neighbor sobbing. That power to move her audience also was demonstrated keenly in” “Pride,” about Martin Luther King, “Where the Streets Have No Name,” a reference to the troubles in Northern Ireland, and the encore number, “One,” a song consistently featured in polls of the greatest songs of all time, inspired by the reunification of Germany. Singing rock n’ roll calls for a big, brash sound, which Linehan delivered easily. Yet, the demands of the rock style eclipsed Linehan’s marvelous voice – and it was sorely missed. A taste of that loveliness and nuance was at least evident, if briefly, in numbers that started out with softness, such as “Bad,” “The Miracle of Joey Ramone” and “Walk On.”

One: The Songs of U2 featured two special guests. Sopranista Brian Charles Rooney applied Irish tenor technique and a Broadway spin to “Sunday Bloody Sunday” and “Mysterious Ways.” Rooney also shared a duet with Linehan on a particularly effective interpretation of “With of Without You,” showing range by beginning the song in a low tenor. Jarrod Spector, who primed his rock n’ roll style in Jersey Boys is another singer with a high range. He presented a Frankie Vali-like interpretation of “Still Haven’t Found What I’m Lookin’ For” and brought his own sensibility to the fore, rocking with “City of Blinding Lights.”

One: The Songs of U2 was backed by a superbly talented group of musicians. Music Director Ryan Shirar provided solid, straight-ahead arrangements but really shone with dazzling piano playing. The very able, anchoring rhythm section included Corey Schutzer on electric and acoustic bass, Andres Koss on guitar, and Clayton Craddock on drums. A set of strings provided a genius addition, giving a beautiful depth to the music. Mairi Dorman-Phaneuf and Amy Ralske played cellos ably, while a special shout-out goes to violinist Sean Carney whose sensitive playing gave real backbone to the musical selections. Linehan co-produced One: The Songs of U2 with Scott Siegel, who also directed in his reliably deft and sure way. The narrative that he and Linehan wrote was illuminating and inspiring, providing real insight into, and context for, this amazing band, as well as the singer and the country of her birth. Ultimately, it was this very special and personal point of view that elevated and guaranteed the success of One: The Songs of U2.