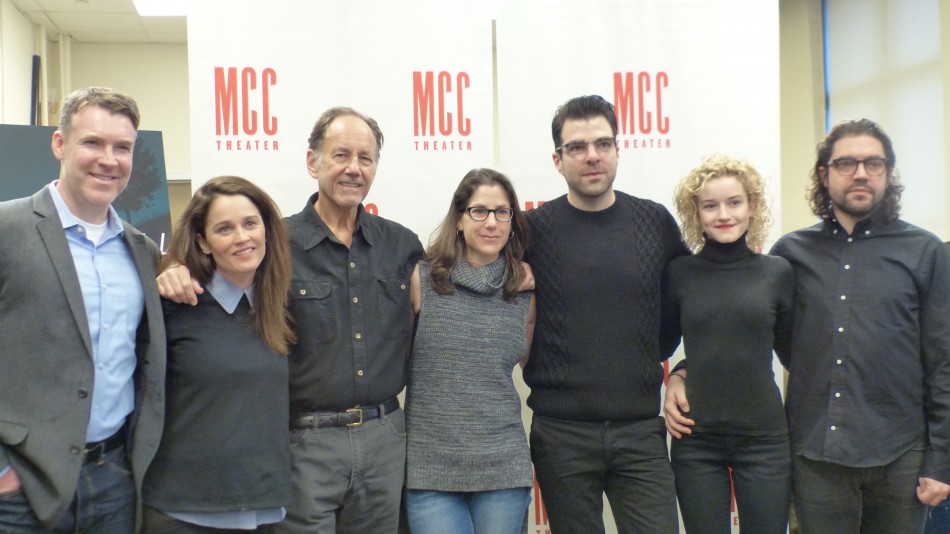 Hear what cast members, playwright and director have to say.

The cast of MCC’s latest offering Smokefall, by Noah Haidle, directed by Anne Kauffman, met with the press for photos and interviews and some insight into the haunting new family drama where magical realism collides with manic vaudeville. Imagine a pair of Twins in womb swapping philosophies as they await their birth! This is a wholly original play that unearths family connections we all stretch and warp across the years but can never quite break. 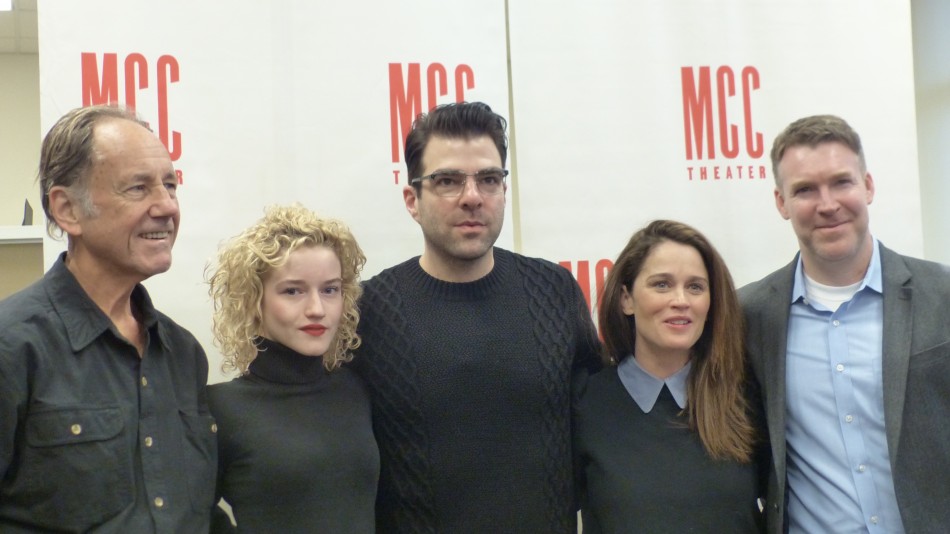