Meg Flather A Salute To Rodgers And Hammerstein 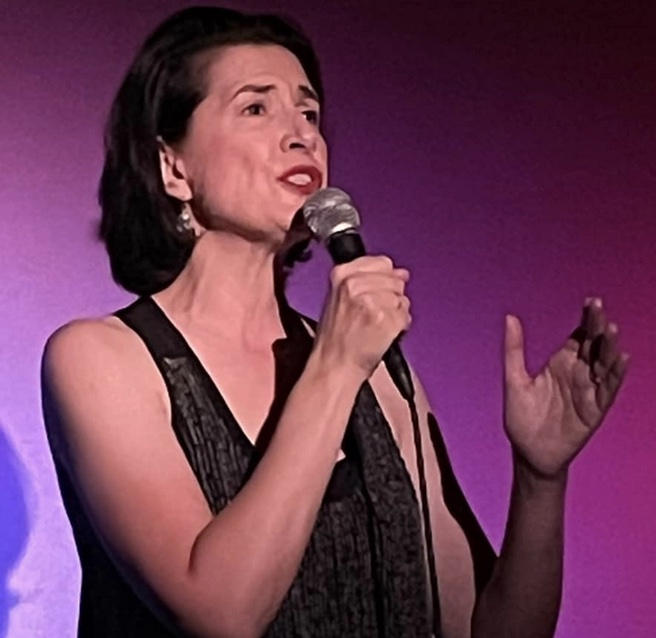 If the Universe were giving out doctorates in entertainment, Meg Flather would have been awarded her PhD in a heartbeat with Rodgers and Hammerstein 2021 at Don’t Tell Mama. Flather easily “defended” her thesis that long after their music originally debuted—mainly in the 1940s and 50s—R&H songs are as relevant today as they were back then, and perhaps even more so. In R&H 2021, she scored an A+ with a knockout performance.

After the now infamous 18 months of not being able to perform live on stage, Flather, a MAC and Bistro Award winner, sounded great. Her vocal tone was also in A+ territory—rich, mellow and as smooth as honey. She was beautifully supported by pianist-music director, Tracy Stark, who played in an “I am an orchestra” mode, beginning with a lush R&H overture of “Carousel Waltz.” Flather took the stage with a grand thematic opener of “Cockeyed Optimist” (South Pacific) and a beautifully phrased “My Favorite Things” (The Sound of Music).

And then, she asked, why this show? It turns out she’d been recently revisiting the music of the iconic duo; this was the music she’d heard as a child listening to her parent’s collection of albums. This time, she said, she heard the tunes with a new awareness, through the lens of a woman—that of a singer-songwriter, now in her 50s. Maturity can be everything and so can arrangements. Those created by Flather and Stark certainly brought out enlightened meaning to the material. With their first hit, Oklahoma!, in 1943, the world knew something in musical theater had been profoundly changed by Richard Rodgers and his new writing partner, Oscar Hammerstein II. Now, with the world at large oh-so-different than it was nearly 80 years ago, those lyrics by Hammerstein, as Flather so aptly demonstrated, carry much more weight.

Flather’s confident, animated stage persona and her ability to make the lyrics pop opened up those new vistas on R&H favorites. If it wasn’t apparent before, those who had the privilege of attending this show certainly knew now that R&H were ahead of their time, and more than that, they were champions of “what’s right.” Equality was high on the list of issues addressed in R&H material. Perhaps one of the most well-known and pointed of the songs about prejudice is “You’ve Got to Be Carefully Taught” (South Pacific), inherently powerful in its lyrical construction and sung by Flather with driving conviction. What’s more, Flather captured the irony in the song, a feat not easily accomplished for most who undertake to sing it.

Likewise, “Shall I Tell You What I Think of You?” (The King and I) not only drove home the point about human rights, but supported another aspect of Flather’s thesis, that R&H were advocates of female empowerment. In Ado Annie’s “I Can’t Say No” (Oklahoma!) the young teenager declares her right to sexual freedom. Of the many, many riches to be found in Flather’s Rodgers and Hammerstein 2021, one of the most profound was a reimagining of “Lonely Room” (Oklahoma!). The number was delivered with such intensity and authenticity that the character of Jud Fry, a “dangerous loner” was illuminated with understanding of his pain.

As she ever so smoothly rolled out her narrative and the songs the text embraced, Flather packed a lot of information into a relatively short time. There were fun tidbits and surprising tidbits and more, all adding up to an evening so fulfilling that the room was abuzz with delight and appreciation at the end of it. It was in closing that Flather, like most performers who find themselves live onstage after this long haul of isolation, addressed the pandemic. Concluding with “Edelweiss/The Sound of Music” (The Sound of Music), Flather looped back to the beginning and one of her first numbers, “It Might as Well Be Spring” (State Fair). Unmistakably, she affirmed, for R&H, for us, hope does spring eternal.