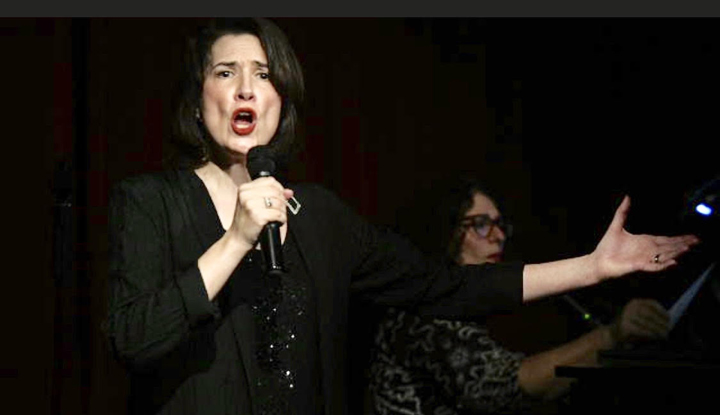 Meg Flather had been on the scene for some time when, not long ago, medical issues put her on extended voice rest. Any singer will tell you this is difficult and frightening. As evidenced by her last two shows, the artist emerged not just undaunted, but defiant, with ripened tone, remarkable control, and less defended performance. Owner/ impresario of The Beach Cafe, Dave Goodside, points out that everyone in the room sits no more than six feet away from a cabaret singer. Supportive industry turnout is impressive.

A portion of this presentation is lifted from Flather’s outstanding, earlier show, Outbound Plane. Though not all tonight’s material seems linked to its title, the artist stitches together familiar and new with humor and intelligence.

“Ten Minutes Ago”…I met him… (Richard Rodgers/Oscar Hammerstein II) precedes a story about having her purse stolen. (That “he” might’ve been the robber is a stretch.) “…with it, my make-up. You can take my wallet, but make-up is personal!” Flather was so articulate at Macy’s Clinique counter, she was offered a job, then others, leading to the Mt. Olympus of specialty store departments, Bergdorf Goodman. (She now has a successful career on HSN.) 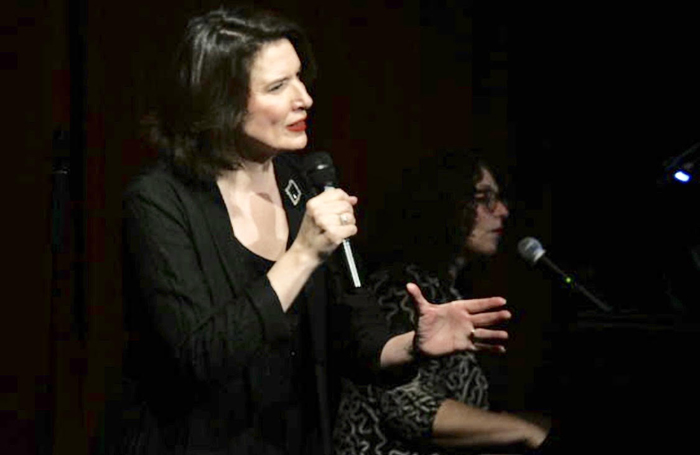 Another unknown “he” (and why) arises with Harry Chapin’s poignant “Mr. Tanner” about a nonprofessional who risks the New York critics, only never to sing in public again. Flather’s tenderness is empathetic, rather than sympathetic. While Tracy Stark’s echoing vocal (ostensibly Tanner) is an effective idea, its Christmas theme feels odd.

“Why Can’t I Forget Him?” (Jeffrey D. Harris/Judy Barton), cleverly couched in a litany of things one regularly misplaces or forgets, refers to an exited first marriage. Frustration then turns to glee as she explores/discovers herself…at the top of a sixth floor walk-up. A vocally challenging “Me Myself I” (Joan Armatrading), something of a bucket list, arrives with the giddiness of “I’ve Gotta Crow.” It’s a scene-in-one- with dancing! The artist has a refreshing way of approaching material with unexpected perspective. 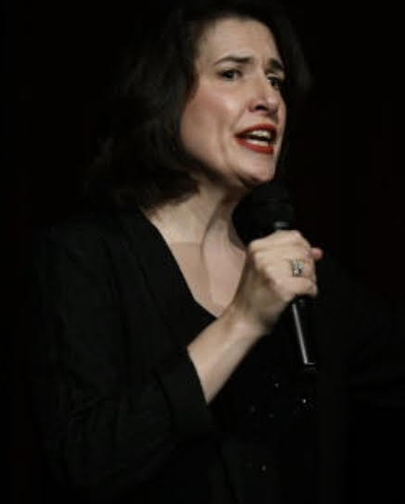 Chapter two acknowledges “the women (immigrants) who helped me through 8 years of my mother’s dementia.” The performer’s own “My Heaven” is both grateful and universal. On its tail, “The Mason” (Craig Carnelia) further appreciates those who toil often invisibly with integrity and pride. Her back grows straighter.

Only now do we connect to the determined Cockeyed Optimist, what she’s learned, how she moves through life despite what’s going on in the world. Her own “Hold On Tight” is infectious, but rendition of the title song is one for the barricades!

Meg Flather is all in on stage, just as she is in life. Ask her peers.

Photos: Courtesy of The Beach Cafe