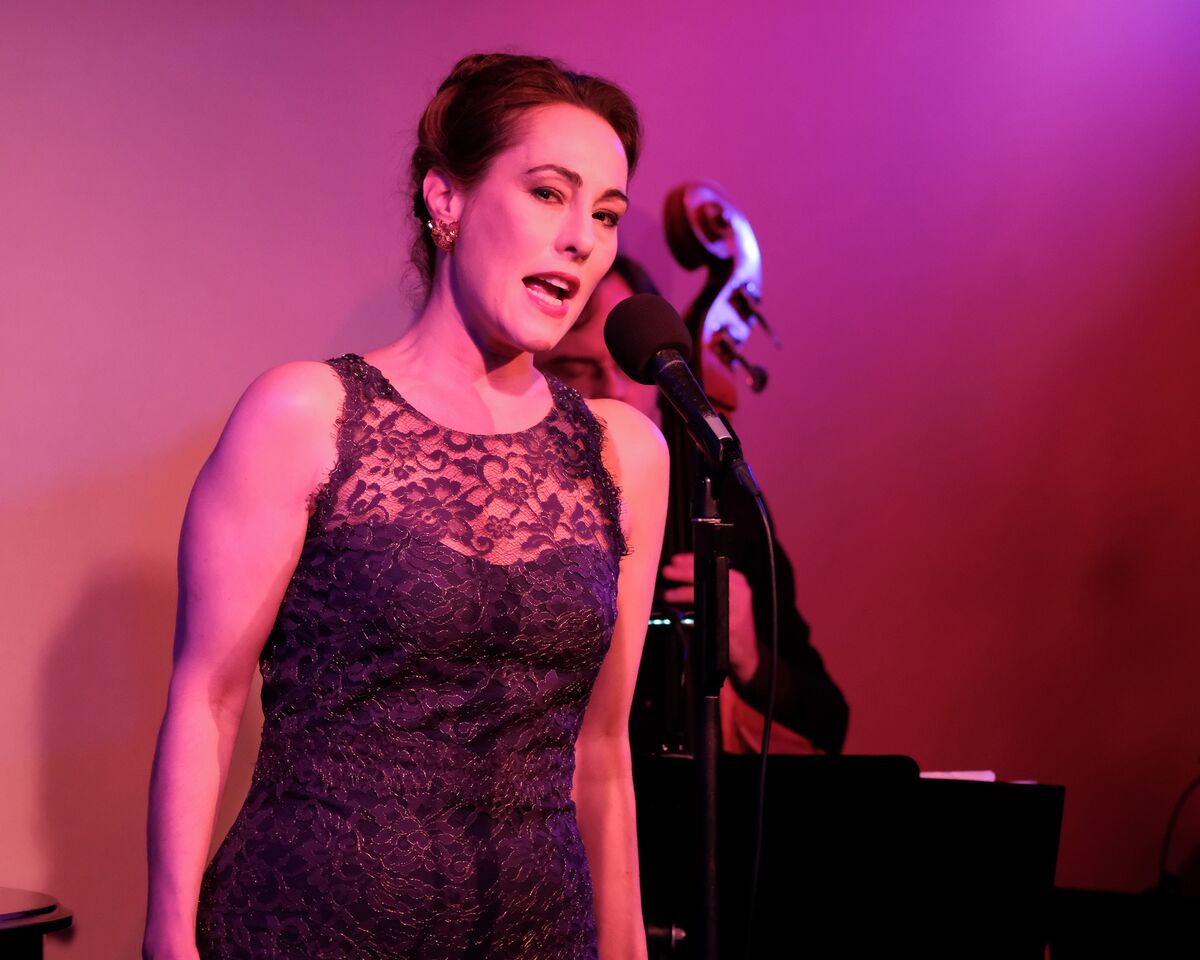 A beautiful English soprano spins out a funny and moving show Melinda Hughes is an elegantly beautiful singer with just the right dash of tongue-in-cheek naughtiness around the eyes. As she stepped onto the tiny stage at the Metropolitan Room to embark on her Cheers, Darling!, she immediately conjured a young Julie Andrews, an image that was backed by her light soprano, picture-perfect hairdo and elegant attire. Slowly, as we got to know her better elements of the great musical satirist, Anna Russell, a bit of Noël Coward and a dash of Flanders & Swann emerged. Her wry and sometimes silly delivery of the material—both by her and others—displayed a delightful, down to earth, quality. She and her co-writers Jeremy Limb and Lloyd Evans put those “naughty eyes” to good use in a program specializing in stinging satire, some in the form of pastiche like “Britannia Waives the Rules” (quite a pun, that) about the difference between American and British vocabularies, “The Selfie Song” (involving a selfie with Joan Collins in Barbados), “Country Estate,” a Coward-like, anti-country home anthem (with lines like “Please don’t invite me to your country estate!”) and the surreal “We’ve Been Here Before,” about dating the Grand Duke whose assassination just happened to start World War One! Several songs were by Mischa Spoliansky (English translations of Marcellus Schiffer’s lyrics by Jeremy Lawrence, who was front and center in the audience). Spoliansky, a Russian/English contemporary of Weill and Coward, wrote some of these songs. “The Smart Set” (1928) to a haunting melody, sweetly excoriated the self-appointed socially superior while “Das Lila Lied” (1920) eloquently spoke of the loss of love as sung by Ms. Hughes in her rich soprano. Spoliansky’s “I Am a Vamp” was prescient about a woman’s sexual liberation.

The two final songs were especially well sung. “We’ve Been Here Before” (Hughes/Limb) a wistful ballad that belied a woman’s extreme pain resulting from a breakup.

“When I Have Sung My Songs to You” (Ernest Charles) was used in the recent Meryl Streep/Florence Foster Jenkins film. In Ms. Hughes hands, there was certainly no fear of sour notes or a goofy interpretation. In fact, Ms. Hughes, with the help of her equally elegant music director/pianist, David Shenton, Doug Yowell on drums and Mark Wade on bass, spun this quiet tune as an affectionate gift to her totally absorbed audience.