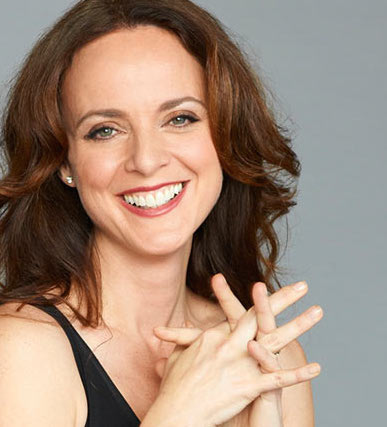 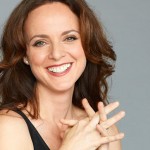 It was fitting, if a tad unusual, that Melissa Errico opened her new show at 54 Below with “I’m Every Woman,” the disco classic made famous by the great Chaka Khan in 1978. True, as Errico pointed out, the club is located in the catacombs of the most famous disco in history, and Errico is an everywoman – a wife (to tennis star Patrick McEnroe, who was in attendance with the couple’s three daughters), mother, singer, and actress. But still, why not instantly show off that silvery soprano that made many of us first fall in love with Errico two decades ago?

As it happened, that soprano only came out occasionally during her absolutely stunning 75-minute set, a mixture of pop and Broadway that showcased every aspect of Errico’s voice as well as her talent as a performer. Who knew she could deliver such a full-throated, ultra-belty rendition of David Shire and Richard Maltby Jr.’s “What About Today?” (a perfect choice to sing on Barbra Streisand’s 72nd birthday).

That number, the second in her 15-song set, heralded the many surprises to come. Yes, Errico was in her comfort zone two songs composed by Michel LeGrand “The Summer Knows” (another Streisand hit!), and “His Eyes, Her Eyes,” both of which she delivered with great nuance. But listening to her effortless take on Burt Bacharach and Hal David’s charming “The April Fools,” one would never know it was the first Bacharach tune she has ever done!

Still, once Errico moved on to Broadway, she was truly on fire, beginning with Stephen Schwartz’s clever “It’s an Art” (from “Working”) and then serving up a brilliantly passionate version of his classic “Meadowlark” (from “The Baker’s Wife”). Not surprisingly, she shone with the lyrics of Stephen Sondheim, first with a gloriously comic “Getting Married Today” (from “Company”), then offering up perhaps the finest version of “No More” (from “Into The Woods”) I’ve ever heard, and following that triumphant turn with a sweetly jazzy “Small World” (which benefitted from the fine accompaniment of pianist Tedd Firth).

She bravely revisited two songs from her own career with aplomb, the fiery “Show Me” (from the ill-fated 1994 revival of “My Fair Lady”) and Frank Wildhorn’s admittedly pretty “The Heart Is Slow to Learn” (from the truly ill-conceived musical “Dracula”). And to close out the proceedings, Errico chose three very different types of songs: the self-penned lullaby “Gentle Child,” Alan Jay Lerner and Burton Lane’s magnificent “What Did I Have That I Don’t Have” (from “On a Clear Day You Can See Forever”), and Donna Summer’s disco mega-hit “Last Dance” – and did full justice to all of them.

Yep. Melissa Errico is an everysinger!