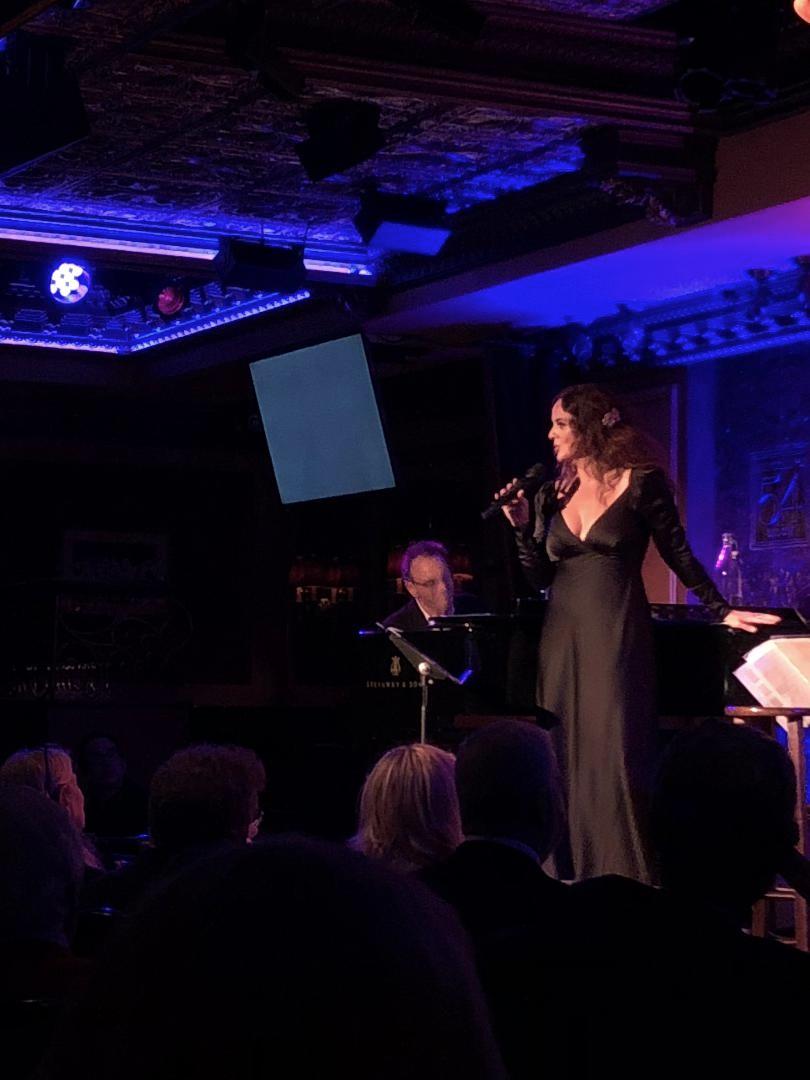 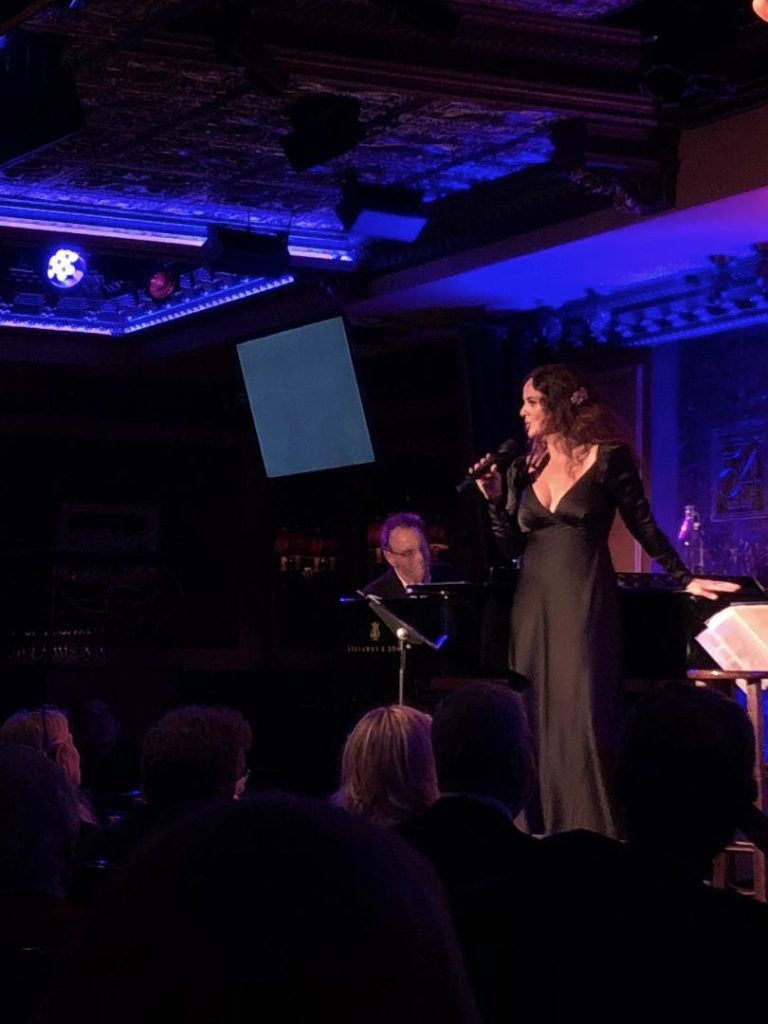 Some events in life seem absolutely cosmic. Imagine being a kid growing up, listening raptly to the music of Michel Legrand being played at home by a concert pianist father. Flash forward and imagine being mentored by this very composer and becoming one of his closest colleagues and friends. This is Melissa Errico’s tale, which she commemorates with passion in song and story in Melissa Errico: An Even Grander Affair. The show is a gob-smacking stunner! The actress-singer is absolutely on fire, in superb voice and utterly at the top of her game.

Errico has long been considered a premier interpreter of Legrand’s body of work. She’s been concertizing it for a while, and is now celebrating the November 8 release of Legrand Affair Deluxe Edition, an extended and complete version of her album Legrand Affair. The album contains recorded home tapes she’d made of Legrand songs, with Legrand himself on the piano. A taste of these peerless gems was offered during the performance in “Once Upon a Summertime.” Another priceless moment came with a world premier song, the last that Legrand wrote with long-time collaborators, lyricists Marilyn and Alan Bergman. 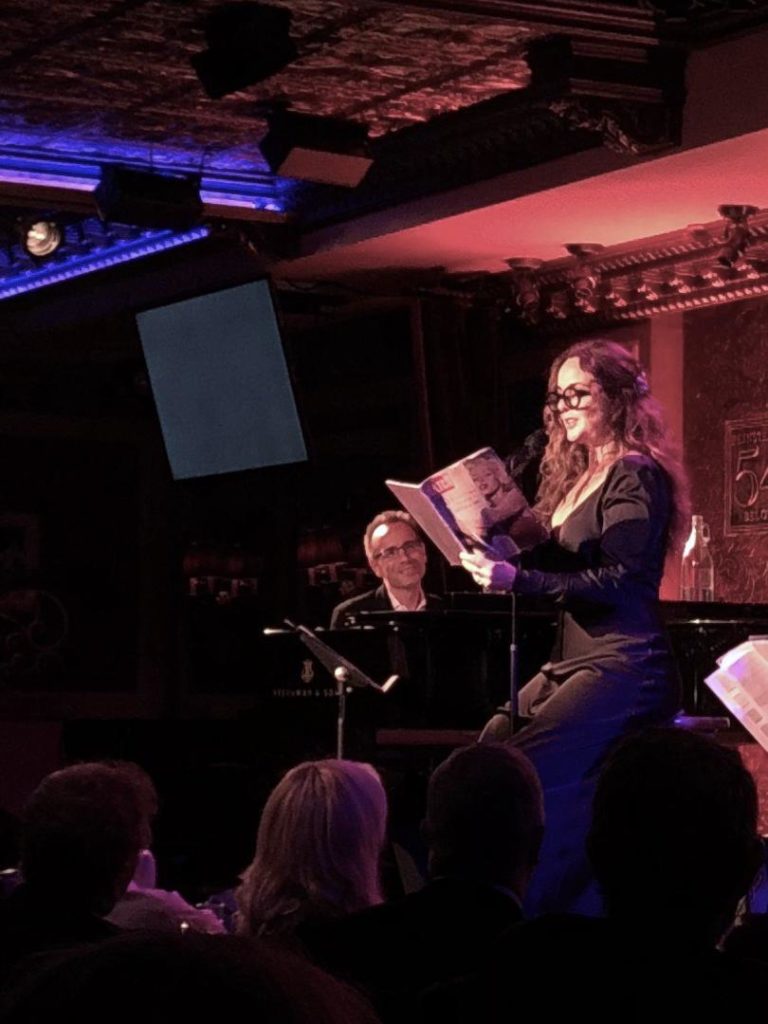 She began her Feinstein’s/54 Below set with a swinging “Watch What Happens,” moving into a haunting “The Windmills of Your Mind,” repeating the tune a second time with dramatic up-tempo flair. It was at this point that Errico went into what she refers to as “talk cabaret ”mode; it’s a style that places the narrative on par with singing. Errico happens to be one smart cookie; she’s deliciously clever and inquisitive. Her naturally delivered narrative is as enlightening as it is fun. Who else would take the time (or have the interest) to find out when the very first love song was written? She also smartly makes connections, such as including a Charles Trenet song, “L’ame Des Postes” after speaking about Legrand’s relationship with Trenet. But as engaging as her delivery is, she could use editing too. The close of her very fine show ended up rushed because of the overly bountiful nature of her discourse.

Above all, Errico is a storyteller. Her renditions of “His Eyes, Her Eyes” and “The Summer Knows” were particular examples of her power in this capacity, also demonstrating superb timing and phrasing. As a total performer she’s mesmerizing, animated, vibrant, engaging and completely at home on stage. But more than that, she has the uncanny ability to actually inhabit a song. She feels the music down to her roots and when she sings, such as “What Are You Doing the Rest of Your Life” or “You Must Believe In Spring” you clearly know she’s singing it just for you. The glorious voice, the charm, wit, animated extroversion and complete authenticity is the enchanting package that is Melissa Errico. To be bathed in all of this, plus her deep love for Michel Legrand, is not only to be supremely entertained but to have shared in a truly special experience of stellar proportions. 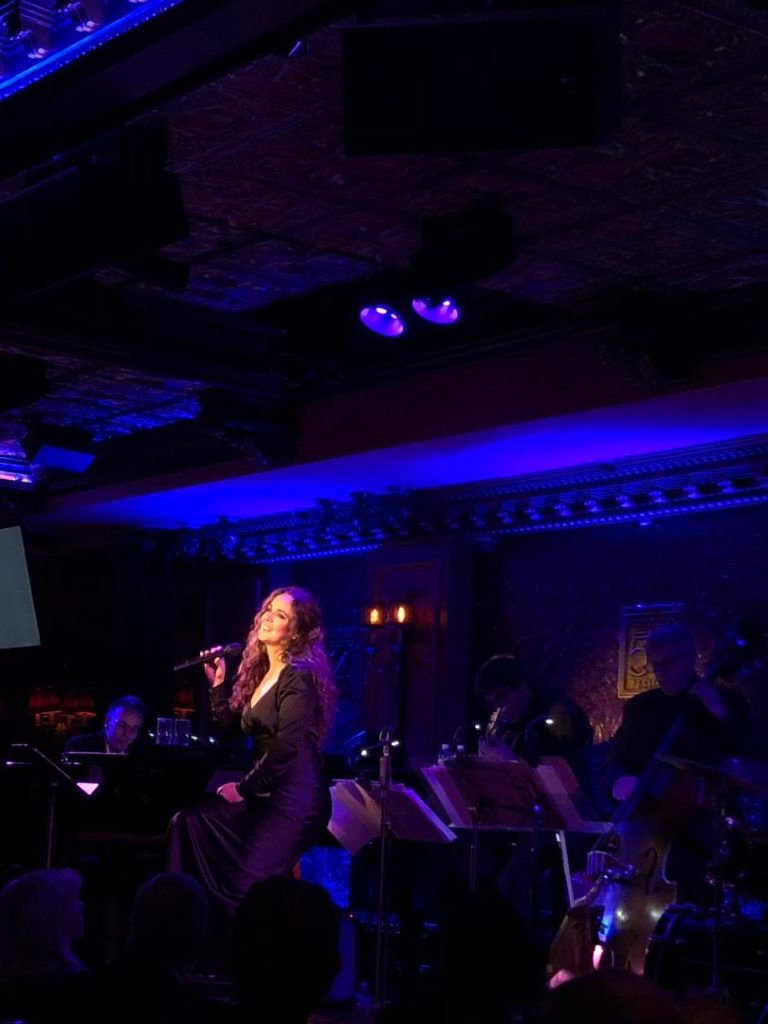 Accompanying Errico were some of the finest musicians to grace a bandstand. David Finck, a long-time musical collaborator of the singer’s was on bass. Peter Smith played guitar and the talented Mark McClean handled the drums with his usual sensitivity and flair. Last but not least, pianist and music director, Tedd Firth excelled, as is his wont, at the keys (plus the Melodica on one number) and wrote an amazing, creative assemblage of arrangements for the set.

Melissa Errico ‘An Even Grander Affair’ from November 7-9 at 7 PM.