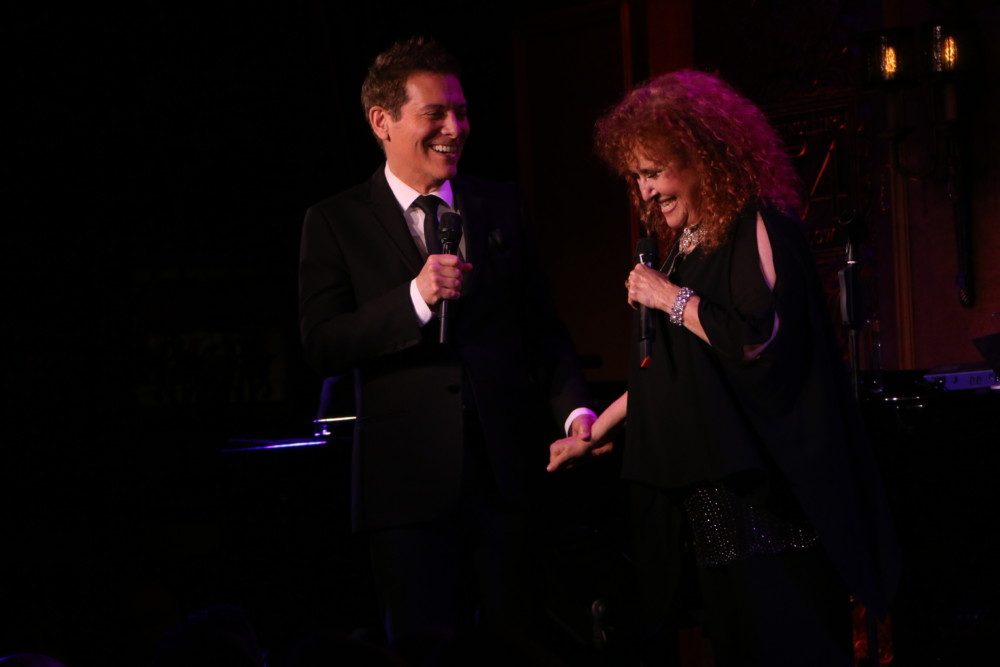 The keeper of the flame of the Great American Songbook, its Ambassador Michael Feinstein, has had some of the music world’s prominent artists join him during his run at Feinstein’s/54 Below. From August 6 – 13, it was the one and only Marvelous Marilyn Maye. From August 13 – 20, his guest is singer/songwriter Melissa Manchester,  paying tribute to her roots in the Bronx, in an homage to the theme of Feinstein’s current show – “I Happen to Like New York.” 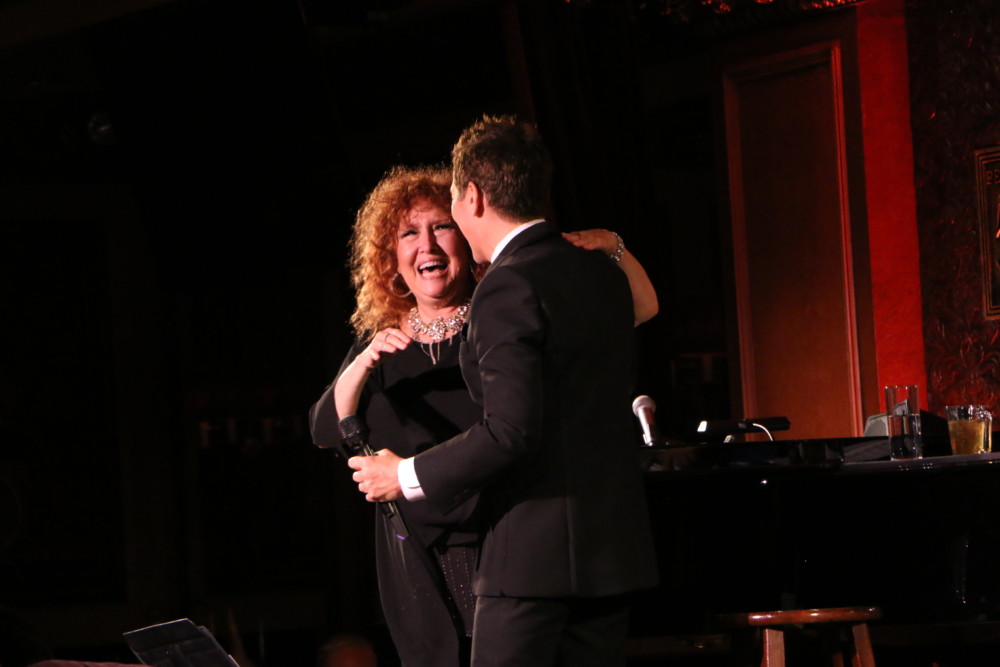 Ms. Manchester offered her own solos that included “Through the Eyes of Love” (written with Carol Bayer Sager) and “Come In From the Rain” (written with Marvin Hamlisch), the latter providing time for her many memories. Other nostalgia included a story of many years back, when she hired Michael Feinstein to play at her father’s birthday party – for the outrageous sum of . . . $200!  Together they sang “A Better Rainbow” from her 2018 release and later duetted on “Whenever I Call You Friend” (co-written with Kenny Loggins).  A night with Melissa Manchester on stage couldn’t conclude without her 1978 hit “Don’t Cry Out Loud.” 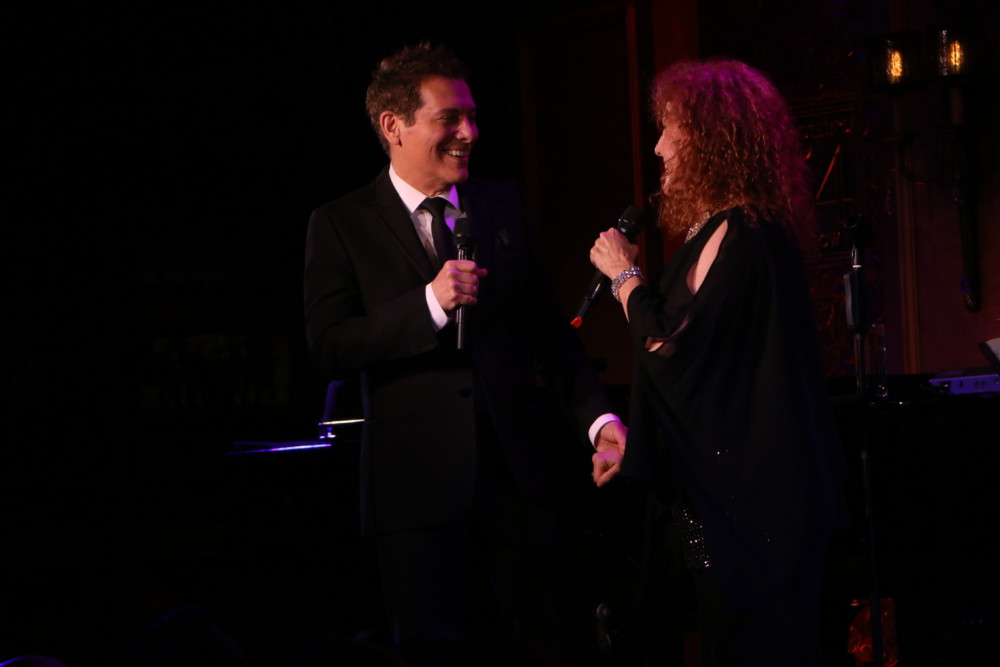 From August 21-23, Jackie Evancho will be joining Mr. Feinstein to end his three week run. 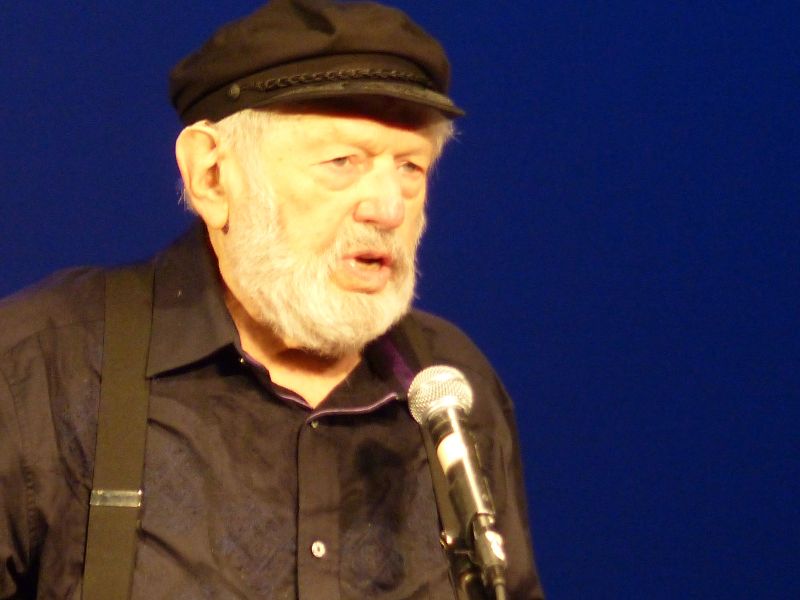 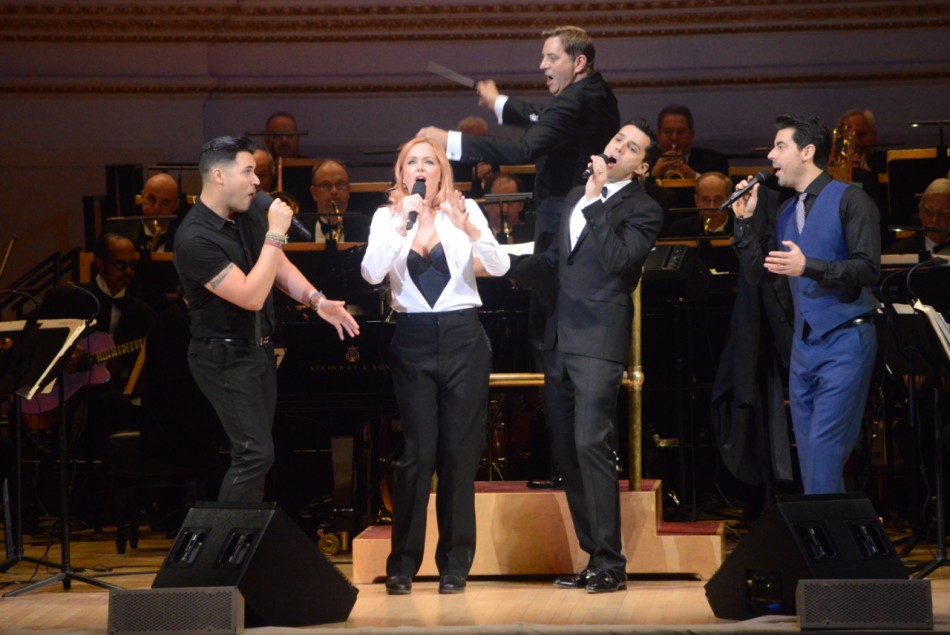 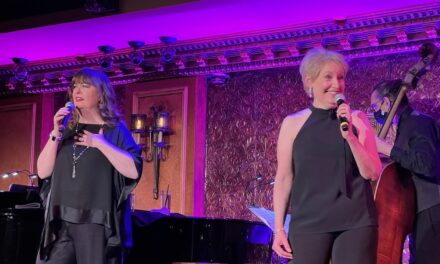 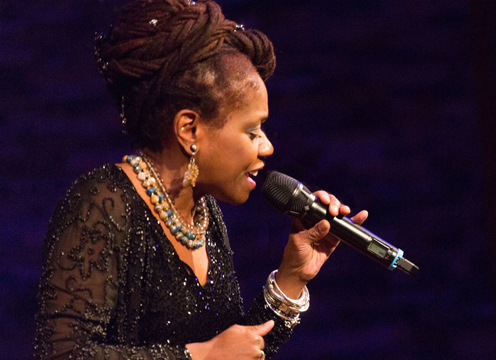 Catherine Russell Gets It