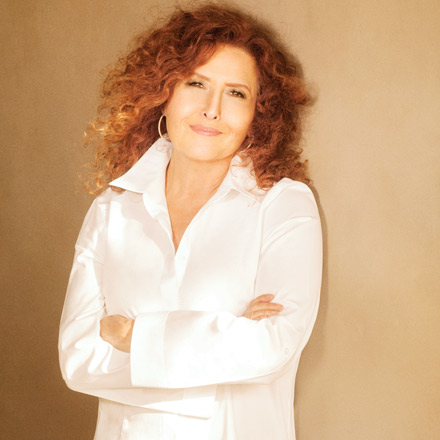 A warm-hearted, massively entertaining self-portrait of a pop diva. 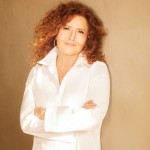 Melissa Manchester has been part of our lives for decades. Her 54 Below show of songs mostly written or co-written by her, became a massively entertaining, warm-hearted self-portrait of this lovely survivor—not only a survivor, but the proverbial cock-eyed optimist.   Proof was her opening song “Open My Heart to Your Love” (written with Michael Hunter), a gracious way to welcome the audience and introduce her multi-talented musical confederates: Stephan Oberhoff on keyboard and guitar and Susan Holder on percussion, both of whom also vocalized with the “diva.”

A tribute to her friend Marvin Hamlisch included “Through the Eyes of Love” (Hamlisch/Sager) along with a lovely video of Hamlisch conducting the song. She didn’t stint on her hits, either, generously performing “Come In from the Rain” (with Carole Bayer Sager), “Whenever I Call You Friend” (with Kenny Loggins) and “Don’t Cry Out Loud” (Sager & Peter Allen) with a zest that belied the passage of time.

A native New Yorker, Ms. Manchester spoke of her early influences such as doo-wop and theater songs. Her “Be My Baby” (Phil Spector/Ellie Greenwich/Jeff Barry) included a joyful audience sing-along. A fast, samba-tinged “Let’s Face the Music” (Berlin) and “From This Moment On” (Porter) was witty and intelligent.

“I Know Who I Am” (with Joanna Cotton & Greg Barnhill)), sung with a mini-chorus from the Celia Cruz High School, was a gospel song about learning to be independent and live without guilt or shame.

She ended with the title track from her new CD, “You Gotta Love the Life” (Sharon Vaughn) a backhanded paean to the ups and downs of touring, singing, acting and giving your life to your public—something she did so well in her beautiful and loving set of songs.   Watching her toss her trademark curls while hitting all her notes took those of us who knew her and those new to her to a warm and up place.