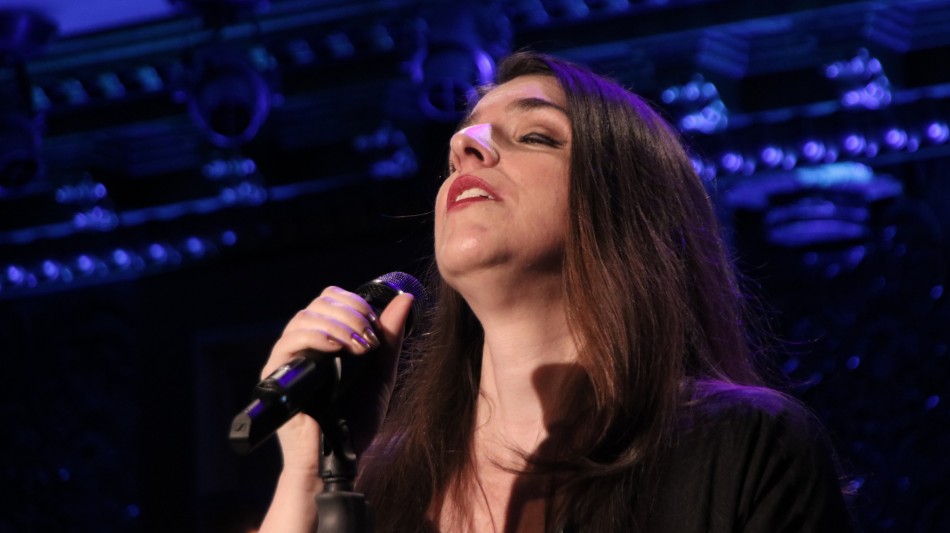 Singer Meredith DiMenna rocked out at Broadway’s Supper Club, Feinstein’s/54 Below on March 18, 2016 with her terrific band consisting of music director Jason Binnick on bass, David Aaron Berger on drums, Micah Burgess on electric guitar, John Fumasoli on trombone and Tom Keidel on acoustic guitar. Her show, directed by Marilyn Maye, was titled “Queen of the Beatnicks: The Songs of Judy Henske” and written by Ms. DiMenna. It was a tribute to a performer who bridged the gap between Judy Garland and Frank Zappa and is considered one of the best singers of her generation that you have probably never heard of. 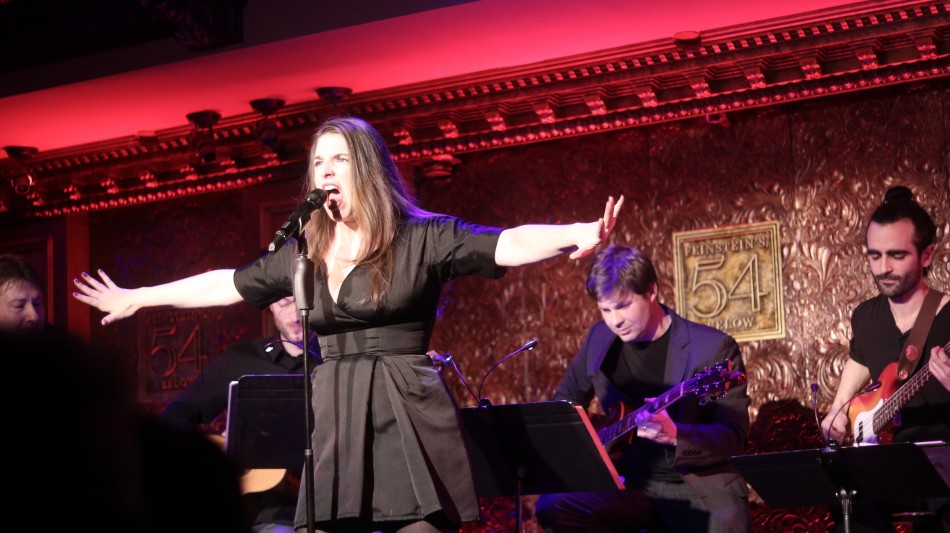 Judy Henske was an attractive woman and large in every sense as she stood six feet tall with a voice like a Midwestern mash up of Etta James and Ethel Merman. It was noted by music writers that she had a strong, bluesy voice and emotive facial expressions. Andrew Vass is quoted as saying that “If Linda Ronstadt’s a torch singer, Judy Henske’s a flame thrower.”

Henske pre-dated many deep-throated rock divas like Janis Joplin and others. Meredith included a selection of hits from singers of the time period including Shirley Bassey (“Goldfinger”), Brenda Lee (“Is It True” & “Break It To Me Gently”), Grace Slick (“White Rabbit”), and Cher (“Bang Bang”) written by Sonny Bono to put this overlooked artist in context. 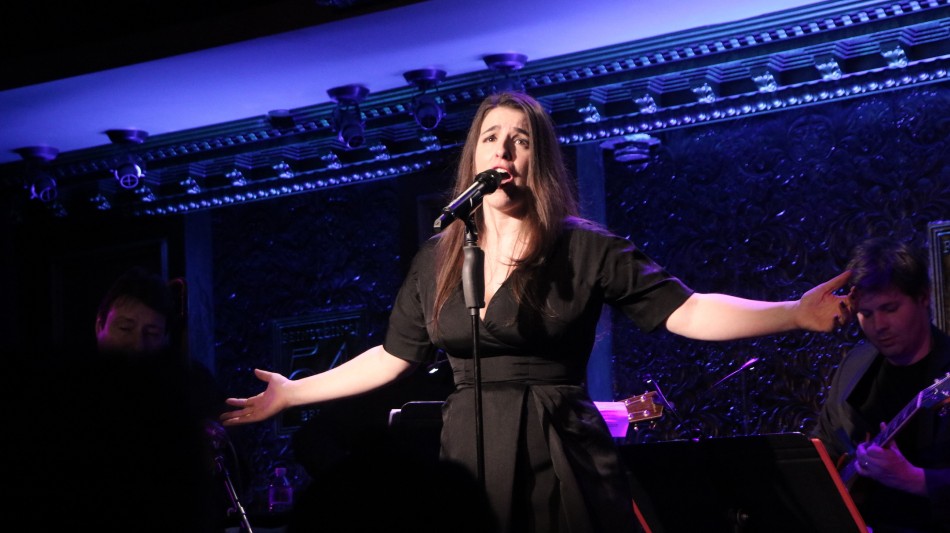 Meredith is a terrific singer and obviously can sing in many different styles. She was totally in charge on stage as she opened with two traditional songs recorded by Henske “I Know You, Rider” and “Wade in the Water” that set the tone for this extraordinary evening of the music of the time. It is easy to see her attraction to Henske in her vocal style as Ms. DiMenna also puts her own spin on songs. All Music Guide raved about DiMenna’s “supple, velvety voice,” Indie-Rock Magazine BLURT calls her the “Illegitimate offspring of Robert Plant and Nancy Wilson,” and The NY Times warmly refers to her as “Grace Slick-meets-EdieBrickell vocals at their most haunting.”

Henske performed “God Bless the Child” (Billie Holiday & Arthur Herzog, Jr.) on an early episode of The Judy Garland Show in 1963 and Meredith sang a passionate version of the song in Henske’s style. She wrote “Oh, You Engineer” with lyrics by Shel Silverstein and recorded “High Flyin Bird” which was the name of her album. Meredith did a fun thing at the end by putting up phrases on the screen that make a song a hit and asked the audience to shout out a few of them. Then she sang an improv to the tune of “High Flyin Bird” that included the phrases. This displayed Meredith’s fun side, personality, and musical creativity.

Henske retired from the stage in 1969, but continued to write songs. She returned to performing in the 1990s, releasing two subsequent albums Loose In the World (1999) and She Sang California (2004). Meredith closed her show with “Salvation Army Song,” with new lyrics by Henske, and asked the audience to sing along on the chorus with words written in the Program.

I have watched Meredith DiMenna develop as a singer and performer for many years and it is obvious that unlike Judy Henske, she is poised to become well known. Meredith is moving to Nashville and know that we will be hearing much more from this talented singer!