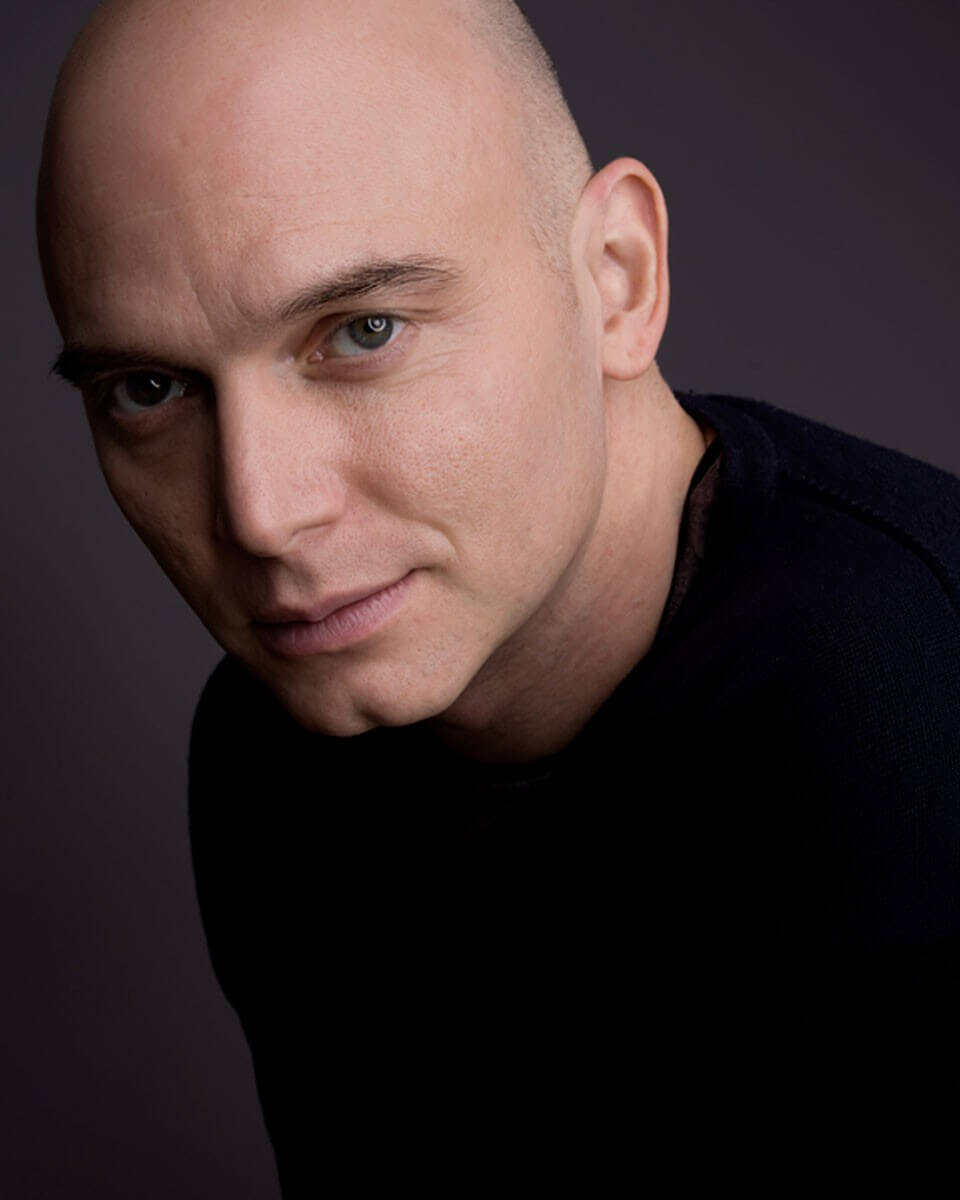 I venture to say Micheal Cerveris is best known as a musical theatre actor, a Broadway guy, and a TV and film actor. So often other facets of artists we think we “know” are only seen by their close friends or diehard fans. All this said, Cerveris, in addition to all his other achievements, has a long and passionate musical association with New Orleans and its music. At the Sheen Center’s Convergences: Inde Artist Series, his heart was on his sleeve for two hours, and his performance was New Orleans Cajun, Nashville country, and echoes of West Virginia bluegrass. His first set of his own songs from his album Piety was followed by a second set of songs by some of his favorite artists.

He opened with “How Many Times” playing a funky acoustic guitar with an arrangement that introduced us to his incredible band. His band is comprised of a stunning array of individual virtuosos and arrangements written mostly by Jimbo Walsh a famous New Orleans wunderkind. There is no way to over hype the sound that filled the beautiful little Sheen theater—country and Cajun and bluegrass with the rich heart that a full complement of strings and alto saxophone can bring. His song “Sleepwalking”: “I’m always sleepwalking with you” is a line repeated so often the song itself seemed to be sleepwalking and was punctuated by the wailing twang of a pedal steel guitar. The song “Atlas” was almost an anti-love song, in a great honest twist: “I’m not your Atlas, your wish upon a star, Ladybug fly away home…” He sang an awkward “Tenth Grade” song: You make me feel like I’m in tenth grade, feel like starting over again. Steve Gleason football player with the of New Orleans Saints who was diagnosed with ALS is an important inspiration to Cerveris because of his dedication to constant forward movement no matter the odds. The last song of the first set called “Phoenix” was a beautiful tribute to Gleason’s unbreakable spirit. “How do you shine when you’re dark inside. Check your strength before you go…you’re seated in an exit row, rise up, rise, up and shine. We’re all seated in an exit row.” The second set meandered around a mix of “Life on Mars” (David Bowie), “Into My Arms” (Nick Cave) which was sung with the intimate simplicity of a prayer, stopping by Sondheim’s ”I Remember,” and moving through the John Prine song “Souveniers.” The stunner, however, was “Hallelujah” by Leonard Cohen which Cerveris performed with gorgeous detail, and unabashed truthfulness. A rousing encore of “Pinball Wizard” by Peter Townshend/The Who was a perfect rock fest, and put a great cap on the night. Michael Cerveris is every bit a musical treasure of New Orleans as he is a star of Broadway; the man is a powerful sweet soul of music wherever his talent takes him.