Michael Feinstein – Love Was in the Air at Carnegie Hall 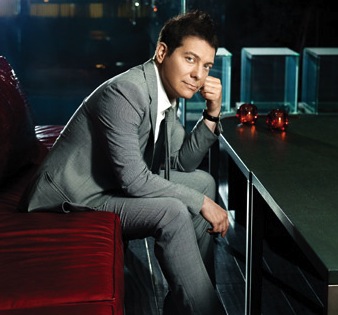 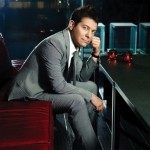 Love was in the air at Carnegie Hall on February 14 – and not just because it was Valentine’s Day. That expert in romantic music, Michael Feinstein, led a 2 ½-hour concert full of some of America’s greatest love songs, leaving the audience swooning and swaying.

Feinstein kicked off the evening in grand style, accompanying himself on the piano for a gorgeous pairing of George and Ira Gershwin’s “Isn’t It a Pity” and Leslie Bricusse’s “You and I.” He then moved the tempo up a notch (and handed the keyboards over to the amazing Tedd Firth), swinging his way through an exuberant “Luck Be a Lady” (from “Guys and Dolls”) and “All I Need Is the Girl” (from “Gypsy”).

There were many other highlights as well, ranging from a passionate “As Long As She Needs Me” (from “Oliver”) to a gorgeously gentle “Fly Me to the Moon” (which gained added luster from the guitar accompaniment by the peerless Bucky Pizzarelli) and an exuberant “For Once In My Life.”

As always, with a Feinstein concert, there were great stories about the composers he knew, including Ira Gershwin, Sammy Fain, and Johnny Mercer. Even better, there was a hilarious set of anecdotes about the comedian Paul Lynde (which preceded two numbers from the hit musical “Bye Bye Birdie”: “Put on a Happy Face” and “A Lot of Livin’ to Do), and a touching story about the last time Peter Allen saw ex-wife Liza Minnelli, while Feinstein was playing in Los Angeles, followed by Allen’s bittersweet “I’d Rather Leave While I’m In Love.” 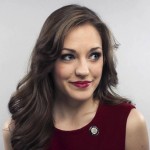 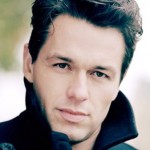 One might have wished that Feinstein had given a little more time to his fabulous guest stars, Tony Award nominee Laura Osnes, and “Downton Abbey” star and British leading man Julian Ovenden. Still, it was lovely to hear Osnes join Feinstein for the aptly-titled “Do I Love You Because You’re Beautiful” (from “Cinderella”) and hear her glimmering soprano shine on the ultimate romantic ballad, “All the Things You Are” by Jerome Kern and Oscar Hammerstein II.

There are few words that can truly do justice to Ovenden’s extraordinary baritone. His pairing of “They Say It’s Wonderful” and “I Got Lost In His Arms” (both from Irving Berlin’s “Annie Get Your Gun”) was nothing short of spectacular, leading to a prolonged ovation. And it was great fun to watch – and hear – Ovenden and Feinstein joust their way through a specially-written version of “You’re Nothing Without Me” (from Cy Coleman and David Zippel’s “City of Angels).

Saving the best for last, there could be no apt finale to the concert than having the three stars harmonize on the Gershwins’ “Our Love Is Here to Stay”. It was a valentine to the audience that no one will forget.