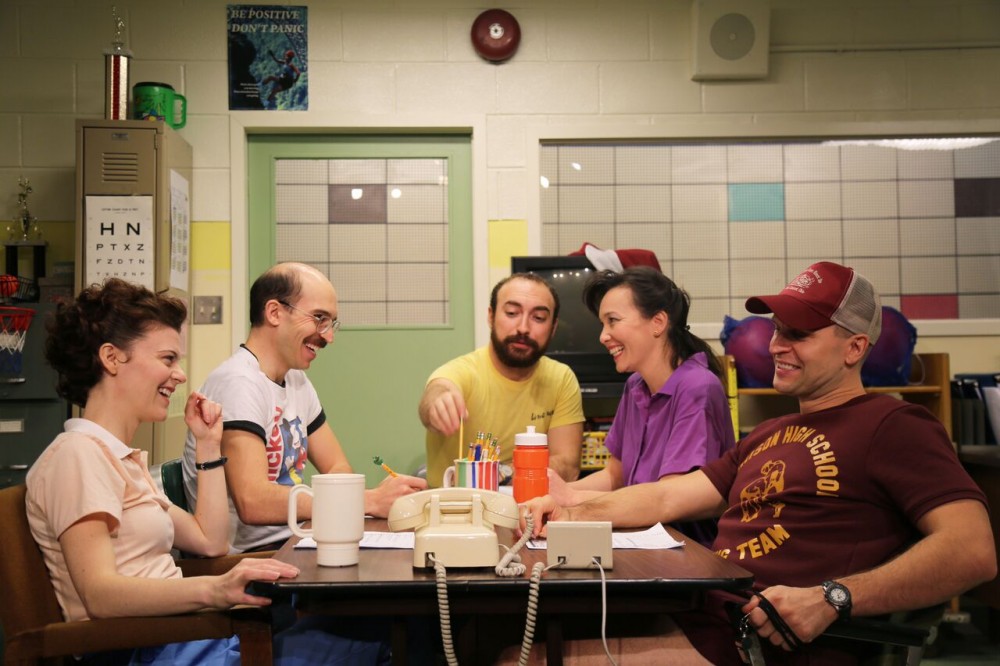 Still fresh from its 2016 debut at the Bushwick Starr in Brooklyn, Miles for Mary is making its off-Broadway debut at Playwrights Horizons’ Peter Jay Sharp Theater. Created by The Mad Ones, a New York City-based company that describes itself as “ensemble-driven” and dedicated to illuminating American nostalgia, the winning play fulfills the company’s mission with little fanfare and much affection.

Think Ohio, 1987. In a lackluster, slightly greying high school office/lounge (imagined in glorious ordinariness by scenic designer Amy Rubin), a group of teachers meets to go over the budget for the 1988 Miles for Mary telethon. Another teacher, who had some sort of incapacitating accident, participates in – actually, chairs – the meeting from home via speakerphone.

We eventually learn that Mary was a star athlete who died early in the decade, and the telethon was founded in 1981 to award scholarships in her memory. Brenda (Amy Staats), the teacher on the phone, has been chair of the committee since the telethon’s inception.

Mary’s strength lies in its acute insights into the forced cordiality (and breaches thereof) that reigns within the confines of a board of volunteers. Prosaic ideas are pronounced brilliant, unremarkable theories praised as visionary, and all with a sincerity rendered pristine by the lack of thought behind it. But as the play progresses, the fabric of civility starts to wear, almost imperceptibly, at least initially. Even in the first meeting, there’s a moment of tension when David (Michael Dalto), who serves as a surrogate physical presence for Brenda, starts to adjourn the meeting. Brenda stops him, not rudely but rather childishly, repeating, “Let me do it,” with just a hint of a whine.

At the next meeting themes for the telethon are proposed, discussed, and voted on. The most colorful come from Rod (Joe Curnutte), a health and physical education teacher who also serves as assistant wrestling coach. Not the sharpest knife in the drawer, he issues a disclaimer that all he can offer is titles, not the actual themes behind them.

Julie (Stacey Yen), who teaches AP English, contributes “Hollywood through the Ages.” In a foreshadowing of what’s to come, her prickly husband, Ken (Marc Bovino), gets into a snit when it doesn’t become a finalist. Subsequent meetings include Programming, Phone Training, and “Holiday Roundup.” Sandra (Stephanie Wright Thompson), who, like Brenda, has been with the telethon since its inception, is the most protective of her injured colleague. Though she says they don’t, her feelings get hurt when there’s no gift for her at the holiday meeting. Brenda is her delinquent Secret Santa.

In Phone Training, Ken enthusiastically extols the virtues of the sleek new phones he has obtained for the telethon. Nobody cares. In fact, they consider the phones’ enhanced functionality a distraction. Ken sucks it up for the time being but lets it out later, in what could be called the play’s climax, when he berates David for condescending to Julie, although she says she doesn’t feel condescended to.

Miles for Mary is directed by Lila Neugebauer, who also gets writing credit along with all the actors. Truly a case of creation by committee, rather than being pulled in different directions, it is amazingly cohesive. Director and cast are one. It’s hard to single anyone out because they’re so enmeshed with each other.

Structure imposes itself as characters and situations evolve at their own pace, which is slow but never seems sluggish. Humor bubbles up organically. Devoid of bells and whistles, Miles for Mary celebrates the truly mundane with an eye for detail and an ear for humor. Miles for Mary is a part of Playwrights Horizons’ new Redux Series, which sees productions of smaller theater companies remounted for a wider audience.

Photos by Jefferson White – The Mad Ones 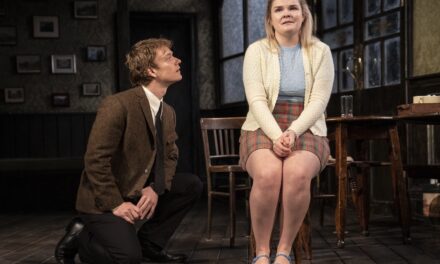 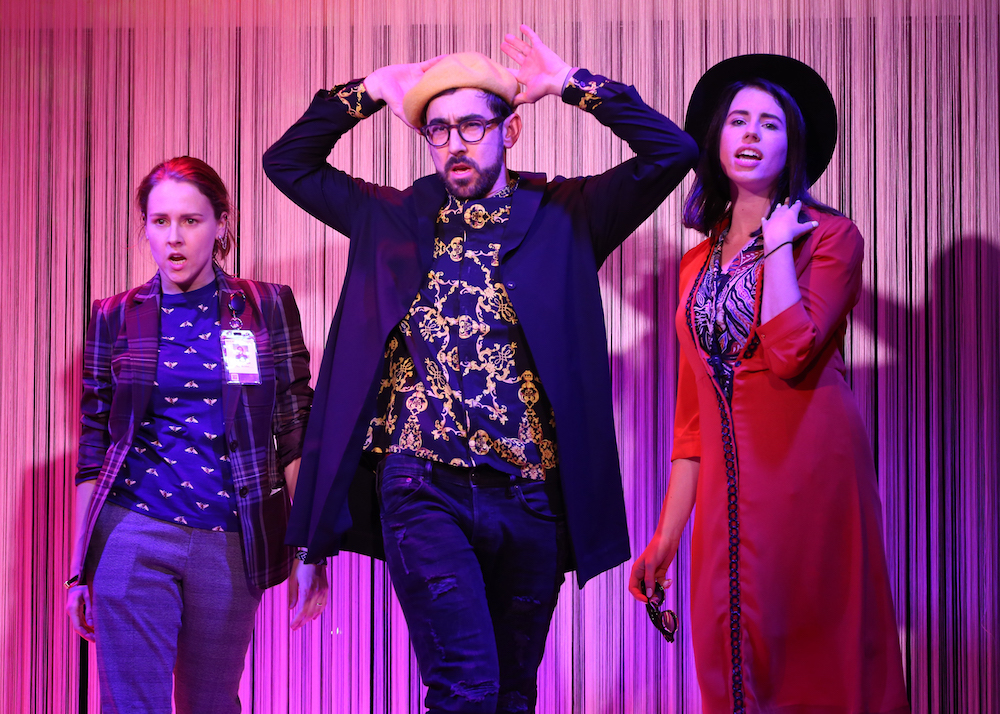 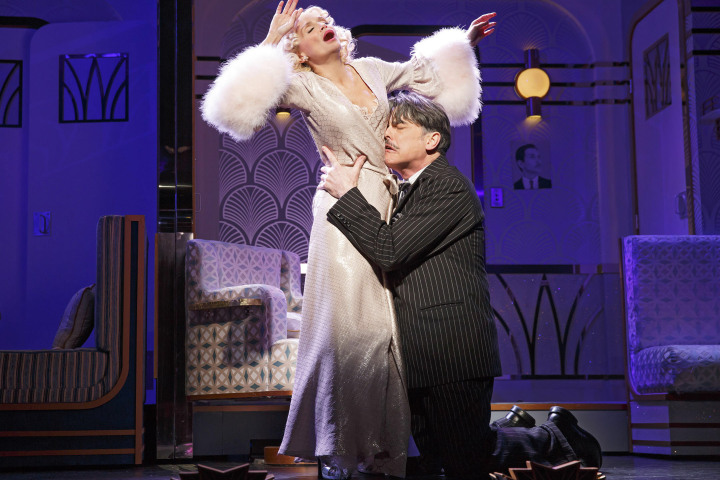