Despite dating myself, I freely admit that as a kid I saw the original Broadway production of the 1961 Jerry Herman/Don Appell Milk and Honey. My date was my first cousin, Sharon (now a grandmother of five) and we sat in the very last row of the Martin Beck Theatre’s balcony (tickets $2.40 each!!). We could hear every word and it was very exciting to see the great Molly Picon do her shtick and hear the colorful score. My original cast album—alas, monaural—with Robert Weede, Mimi Benzell (both opera stars), Ms. Picon, Tommy Rall (not just a phenomenal dancer, but a terrific singer, too), Lanna Saunders and the Martha Graham Company star, Matt Turney, was literally worn out by listening to it so often.

It must be clear by now that I am a fan of this show, but I worried when I agreed to see the York Theatre Company’s Musicals in Mufti staged concert version. Would the rah-rah pro-Israel sentiments be more difficult to take in 2017? The original production attracted a large middle class Jewish audience the kind that filled Broadway houses (Fiddler on the Roof, The Rothschilds, and musicals by those—Jewish!—geniuses, Leonard Bernstein, Betty Comden and Adolph Green) and Israel still was admired by most of the world.

Not to worry: Milk and Honey, it turns out, is actually a charming love story, a rare one that involves older people who happen to be in Israel. Whether some of the “pro-Israel” conversations have been edited, I have no idea, but the York production was as breezy and uncontroversial as The Music Man.

Ruth Stein and Clara Weiss are leading a tour of mature ladies in Israel. They hope to bring home “a six foot souvenir”! In “Chin up, Ladies,” they detail the types of men they prefer. Ruth already has a jump on them after being given a language lesson—“Shalom”—by handsome American, Phil (played by Metropolitan Opera star Mark Delavan), in Israel to spend time with his daughter, Barbara (Jessica Fontana who makes as much as she can from an underwritten role). Barbara is married to the hardworking, handsome kibbutz farmer, David (Perry Sherman. His rich pop tenor made “I Will Follow You,” his declaration of love for Barbara, ardent and sad at the same time.

How shocking it must have been for 1961 audiences to see Ruth Stein run off with Phil Arkin after just a few brief dates. Anne Runolfsson played and sang Ruth as a free spirit, young in heart and damn the consequences. Her strong soprano, particularly as it warmed up as the show progressed, matched Mark Delavan’s bass-baritone (as Phil) in ardor and maturity.

Alix Korey as the widow Clara Weiss (Picon’s role) was terrific. Here was a take charge American lady who was neither shy nor overbearing. She kept the audience rooting for her. Her monologue, “Hymn to Hymie,” in which she outlined the shortcomings of widowhood, was a highlight of this Mufti staging.

Michael Unger kept the show moving along at a relaxed pace. Using two men to fatten the ranks of the widows was a hilarious idea. Yehuda Hyman’s very simple choreography hinted at Israel folk dance and projections of different sites in Israel added a touch of realism to the musical.

Jeffrey Saver on piano was spritely and well-paced, honoring the melodious and sophisticated score. 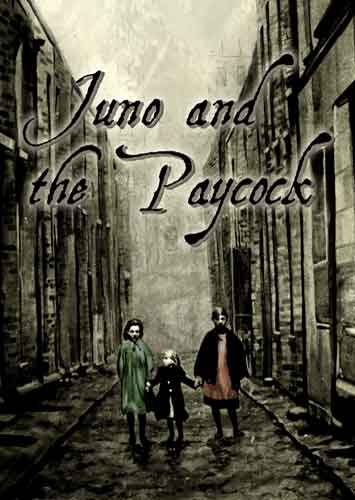 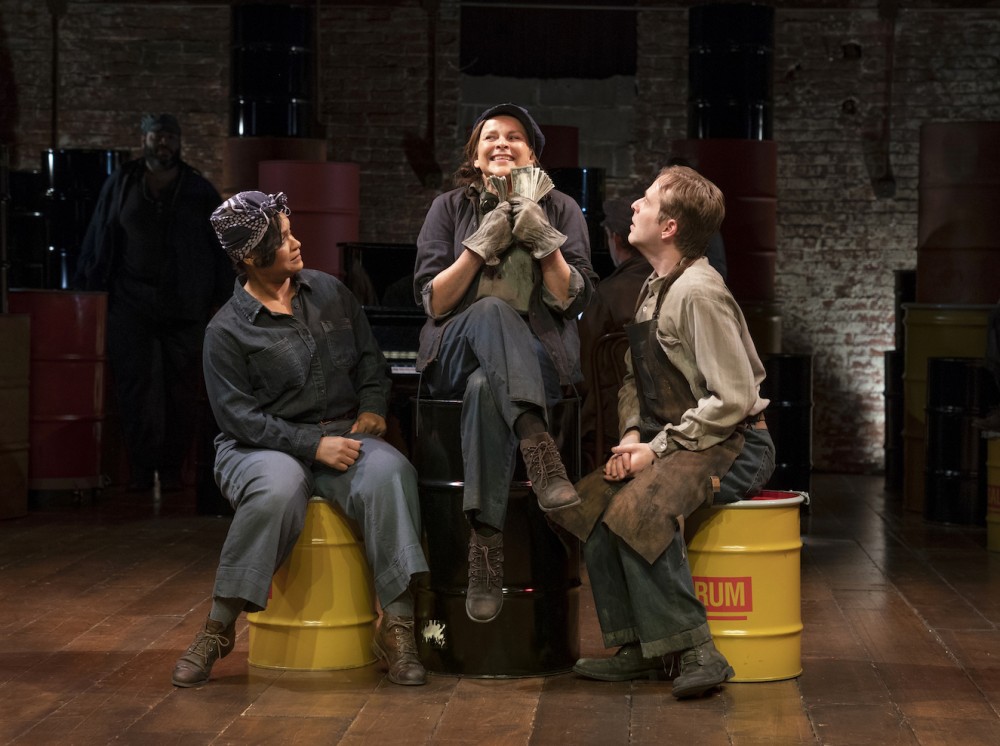 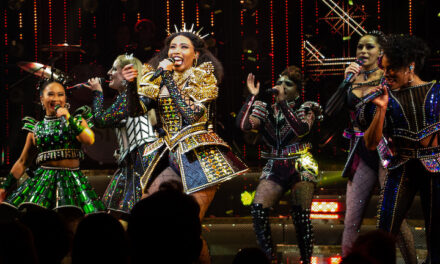