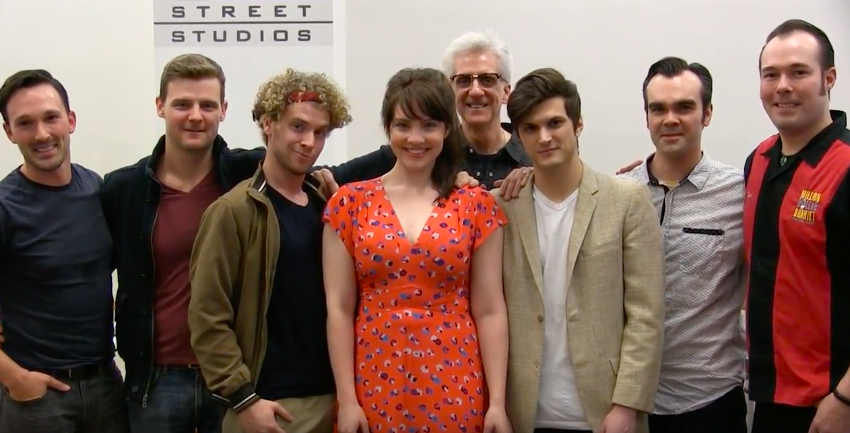 The Cast of Paper Mill Playhouse‘ upcoming production of Million Dollar Quartet, met the press and Theater Pizzazz’ Mark Ryan (MR) Anderson was front and center to take photos, do interviews and bring you some of the songs. Take a peek! The smash-hit musical inspired by the famed recording session that brought together rock ’n’ roll icons Elvis Presley, Johnny Cash, Jerry Lee Lewis, and Carl Perkins for the first and only time. On December 4, 1956, these four musicians gathered at Sun Records in Memphis for what would be one of the greatest jam sessions ever. Featuring a score of hits including “Blue Suede Shoes,” “Great Balls of Fire,” “Walk the Line,” “Whole Lotta Shakin’ Goin’ On,” “Folsom Prison Blues,” and more, this thrilling musical brings you inside the recording studio for one unforgettable night.