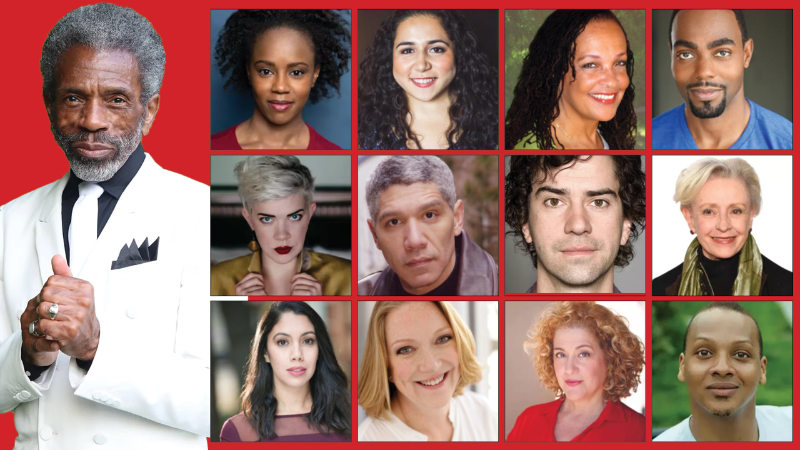 Special episode of Jim Caruso’s Pajama Cast Party will air on Monday, June 7 at 8pm ET. (the 61st)  The show will feature Emmy and Tony Award winner Kristin Chenoweth and multiple Drama Desk nominee Ryan Silverman.  The show will also highlight some of the up-and-coming participants (grades 8-12) in this year’s “Broadway Bootcamp,” which Ms. Chenoweth co-directs with Richard Jay-Alexander and John McDaniel. www.pajamacastparty.com

Bob Fosse’s Dancin’, the Broadway icon’s landmark musical tribute to the artform that defined his life, will return to Broadway 40 years after the original smash-hit production took its final bow in 1978.  Dancin’, in an all new production, is aiming for a Broadway bow in the 2022-23 season, following a pre-New York run to be announced. The production will be directed by Tony Award winner Wayne Cilento (who was featured in the original company) and produced by special arrangement with Nicole Fosse, the Artistic Director of the Verdon Fosse Legacy dance training program.

NTAR the Off-Broadway theater company is back on the boards and will present the new musical, Oso Fabuloso & The Bear Backs!.Performances begin this Saturday, June 5 on an outdoor stage in front of the theater at 500 West 52nd Street (just West of 10th Avenue). Oso Fabuloso & The Bear Backs! has book and lyrics by C. Julian Jiménez with music by P.K. Variance. Musical direction and guitar are by P.K. Variance with Robert Cowie on keyboards, Ray Rizzo on drums and Jesse Sklar on bass. Set and costume design is by Timmy Schues with sound and lighting design by Alberto Ruiz.

A Queer Latino bear named Oso Fabuloso has recently been dumped by a two-timing daddy bear. In order to overcome his depression, Oso seeks the help of his therapist Dr. Calvo who convinces him to use his gift of song to sing the blues away. Oso agrees to go on tour with his therapist/guitarist and his two best friends/backup singers, Gummy and Grizz, hoping it will cure him of his romantic woes! The cast includes C. Julian Jiménez as Oso, Joseph Distl as Grizz, Vasilios Leon as Gummy, and P.K. Variance as the Doctor. For more information regarding show times/dates and to purchase tickets ($25.00) please visit www.intartheatre.org.

Gen Xers and Baby Boomers, let your talent shine! The Actors Fund, the national human services organization for everyone in performing arts and entertainment, announced today that Jim Brickman is presenting Brickman’s Big Break, the only talent search for singers and musicians over 40, to benefit The Actors Fund. If you’ve always felt like you wanted to share your talent with the world (and you’re over 40) Brickman’s Big Break contest could be your chance! In a world where TV Talent shows focus on ages 18-30, Brickman’s Big Break embraces talented men & women 40+.

The final top 20 will be determined by Jim Brickman’s team of industry pros, and votes from fans. Then narrowed down to a Top 10 who will be featured on a LIVE stream concert for fans and experts to vote. Industry experts include luminaries from “American Idol,” “America’s Got Talent,” “High Profile Talent Managers,” and Grammy winning songwriters. For more information and registration, please visit www.jimbrickman.com/brickmans-big-break.

Save the date! The biggest day of the year for Broadway fans will return – in person – on Sunday, October 3, as Broadway Flea Market & Grand Auction takes to the streets of New York City. Theatre fans will once again have the opportunity to take home one-of-a-kind showbiz memorabilia from their favorite tables and bid on exclusive Broadway treasures and experiences. Some online features introduced during last year’s virtual event will be included in this hybrid edition, allowing theater fans from around the world to join the festivities.