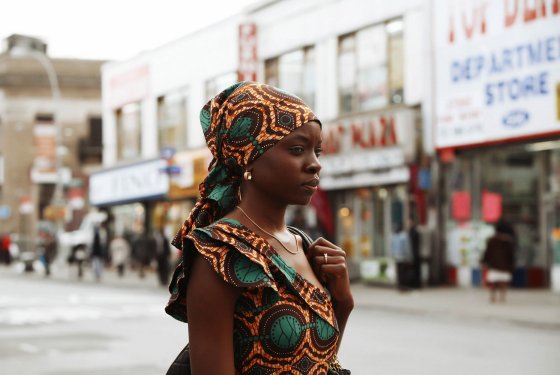 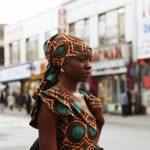 Should nitpicking at authenticity be a deciding factor in judging a work of art? Plenty of people who see Andrew Dosunmu’s Mother of George will be transported by the absorbing fertility melodrama that unfolds, particularly because it is directed like a high fashion magazine spread by photographer-turned-filmmaker Andrew Dosunmu. The effect is not subtle due to some dark and distracting cinematography from Bradford Young, who also worked on this year’s gorgeous, but annoying Ain’t Them Bodies Saints. This pretty packaging conceals a standard story and the loose way that Dosunmu uses it to teach highbrow white audiences about Nigerians.

Mother of George tells the story of Adenike (Danai Gurira), who desperately tries to have Ayodele’s (Isaach De Bankole) baby after they are married in a traditional Yoruba ceremony in Bed-Stuy. Ayodele’s mother (Bukky Ajayi) puts extreme pressure on Adenike and ultimately suggests that she go to extremes in order to get pregnant. The film’s plot seems like it could have been taken from any number of Nollywood films. The Nigerian film industry produces more films than Hollywood, and most of them are shot on digital video and not distributed in theaters. Despite its relatively low international profile, Nollywood has its own star system and a major following in New York City. Mother of George, set and shot in Bed-Stuy, features only one Nollywood star, Bukky Ajayi.

This is where authenticity starts to plague the proceedings. Danai Gurira, who nonetheless masters the accent and gives a terrific performance, is a Zimbabwean woman raised in Iowa. Isaach De Bankole, who can’t quite get the accent right, is Ivorian, though he does have some Nigerian heritage. The film’s treatment of fertility issues seems at odds with Yoruba culture. Furthermore, Ayodele makes a living running the family restaurant, Joloff, which, in reality, is a Senegalese restaurant in Bed-Stuy. Coming from Dosunmu, a Nigerian, this African non-specificity is a little troubling. The film’s writer, Darci Picoult, is a white New Yorker who heard the story from a Zimbabwean woman, a fact which further complicates what group of people the movie is trying to represent.

The film’s all-too-arty presentation seems a gloss for the mismatched puzzle pieces. A compelling melodrama doesn’t need countless scenes shot from one person’s perspective in a dialogue. The acting, in contrast, is without flourish, but devastating when it needs to be, and I wish there were a more confidently Nigerian movie to support it. Or perhaps I just need to relax my standards for authenticity.