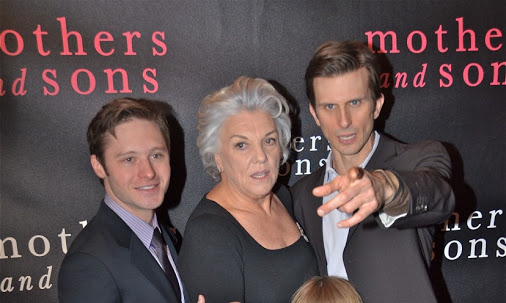 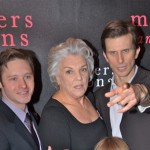 The Tony®-nominated new Broadway play Mothers and Sons is proud to announce that the production has partnered with the 29th Annual AIDS Walk New York, the east coast’s first and the world’s largest AIDS fundraising event, on Sunday, May 18th. Four-time Tony® Award winner Terrence McNally will be a speaker during the opening ceremony, and Tony® Award nominee Bobby Steggert will sing “You’ll Never Walk Alone” from Rogers and Hammerstein’s Carousel. There will also be a special appearance by Tony® and 6-time Emmy® Award-winner Tyne Daly.

Fans of the production are encouraged to join the Mothers and Sons team during the walk by registering online (http://bit.ly/1hSMQPe) or by calling the AIDS Walk office at (212) 807-9255 and providing the team name “Mothers and Sons on Broadway, #5151.” If you are unable to walk but would like to pledge your support, donations can be made to the Mothers and Sons on Broadway team online (http://bit.ly/1hSMQPe). Walker sign-in begins at 8:30 a.m., with the Opening Ceremony at 9:15 a.m., and the walk beginning at 10:00 a.m. The entrance to the sign-in is located at 59th Street and 5th Avenue.