MUSIC is Happening All Over 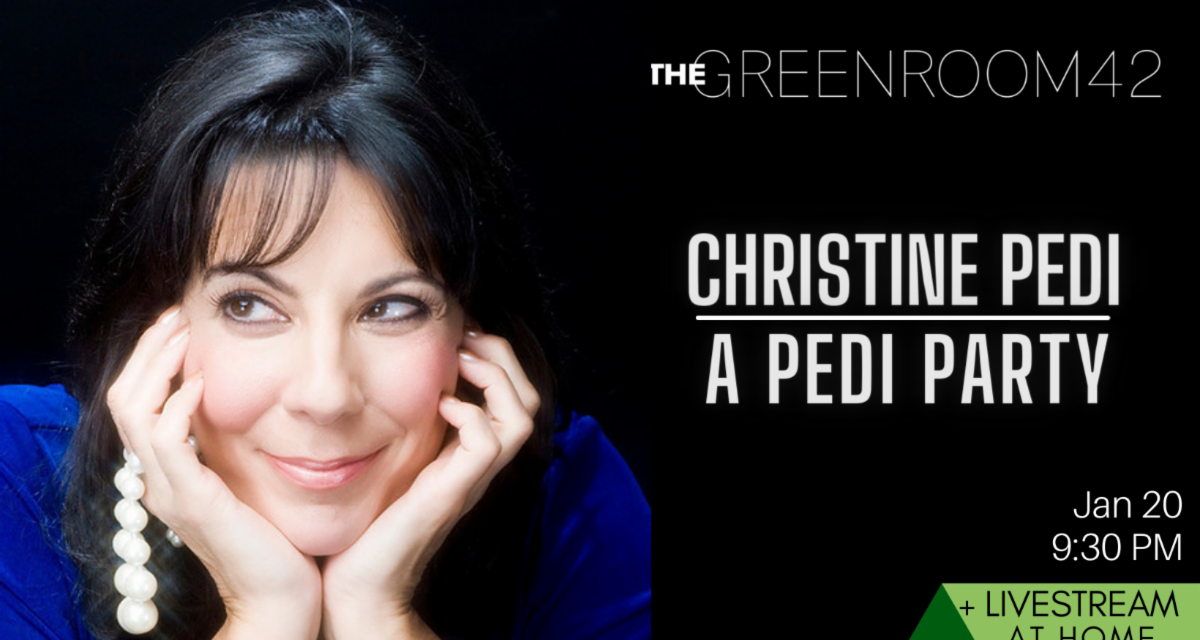 It’s a PEDI PARTY – Christine Pedi a shaker of sass, satire, sweet & silly songs, Christine shakes things up with a touch of talk garnished with a surprise guest now and then at The Green Room 42, on Thurs. Jan. 20 at 9:30 pm (also live-streamed). Christine, the “Lady of 1000 Voices.” Tickets HERE

Carole J. Bufford returns to the Feinstein’s/54 Below stage for one night only February 8 at 7 pm with an all-new eclectic evening in song. The only theme is there is no theme… anything goes! With music that spans multiple decades and genres. www.54Below.com

Feinstein’s/54 Below presents DeAnne Stewart (Jagged Little Pill), Jakeim Hart (Sing Street), Gianna Yanelli (Mean Girls) and Alan Mendez in REAL PEOPLE THINGS, an original musical written by Janey Miles Feingold and Bela Konstancja Kawalec on February 10th at 9:45pm.
In REAL PEOPLE THINGS we eavesdrop on the intimate conversations between Rosie Peters and Theo Goldberg after they match on a dating app and fall in love over text messages, phone calls and facetimes, leading up to the moment they have to put down their phones and risk it all to meet in person. REAL PEOPLE THINGS by Janey Miles and Bela Konstancja plays Feinstein’s/54 Below (254 West 54th Street) on February 10th at 9:45PM.