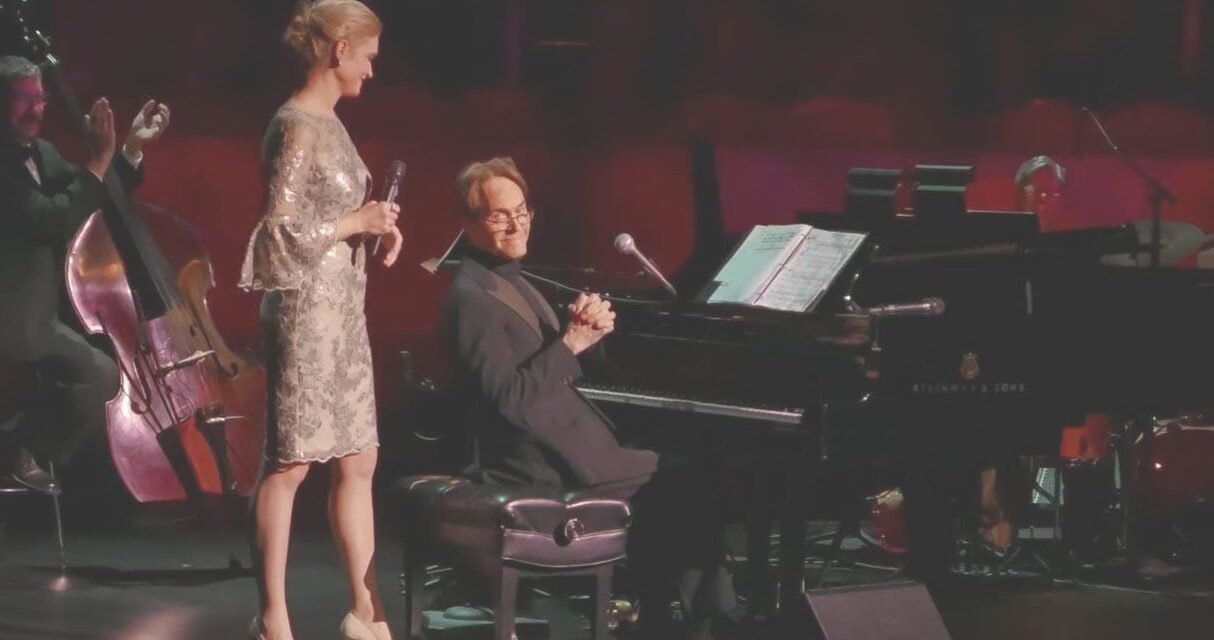 YELLOW SOUND LABEL has announced that Sondheim Unplugged: The NYC Sessions – Volume One was released today, Wednesday, December 1, in streaming and digital formats, in addition to a 2-disc CD. The album – the opening salvo of a monumental three-volume set dedicated to the oeuvre of the late iconic musical theater composer Stephen Sondheim – is produced by the series creator Phil Geoffrey Bond and features Music Director Joseph Goodrich on piano. Sondheim Unplugged: The NYC Sessions, which will ultimately encompass 70 singers and 120 songs, is a landmark collection destined to be a major contribution to the canon of Sondheim recordings.The series will continue on what would have been Sondheim’s 92nd birthday, March 22, 2022, for Volume Two, and June 1, 2022 for Volume Three. Sondheim Unplugged: The NYC Sessions – Volume One, currently Amazon’s #1 Best-Selling recording in “Musical Soundtracks and Scores,” is now available at YellowSoundLabel.com and SondheimUnplugged.com.

Become part of the intimate digital conversation with James Lapine and Stephen Sondheim – an Encore Presentation streamed from The Town Hall. It’s FREE. It’s moderated by Christine Baranski with special guests Mandy Patinkin and Bernadette Peters all from the original production of Sunday in the Park with George. Streams Dec. 2 thru 31. Sign in via www.thetownhall.org

Royal Family Productions, a non-profit theatre company known for its innovative productions and development of new original work, is proud to present a workshop production of MAMA ROSE. This piece is written and stars Richard E. Waits (A Turtle on a Fence Post, RFP: Worth St.), with direction by Royal Family Creative Director Lorna Ventura and Royal Family Artistic Director Chris Henry.  In Mama Rose, Broadway showman Richard E. Waits embodies the title role in this dynamic mix of blues, rock and roll, and one-man show.  Explore Mama’s world in this electrifying new piece which will run Dec 10th-13th at Royal Family Performing Arts Space (145 West 46th Street, 3rd Floor). Tickets are $20-$250 and can be purchased by clicking www.RoyalFamilyProductions.org