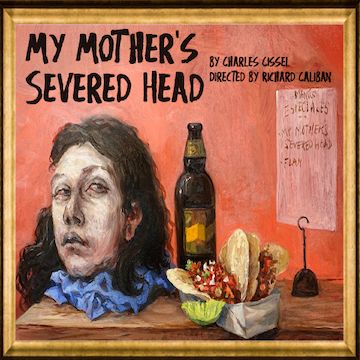 My Mother’s Severed Head – Fourth Wall Productions, today announced that acclaimed actor and producer Bruce Willis and The Burgess Group will present Charles Cissel’s My Mother’s Severed Head, a mind-bending, dark comedy that will run September 10 – October 2nd in Theater One at Theatre Row, 410 West 42nd Street. Directed by Richard Caliban, the production begins previews on Tuesday, September 10th at 7:00 p.m., and will have its official opening on Monday, September 13th at 7:00 p.m.

Mourning a matriarch is hard enough without her head sitting on the alter talking to you everyday! A magical, hilarious story.