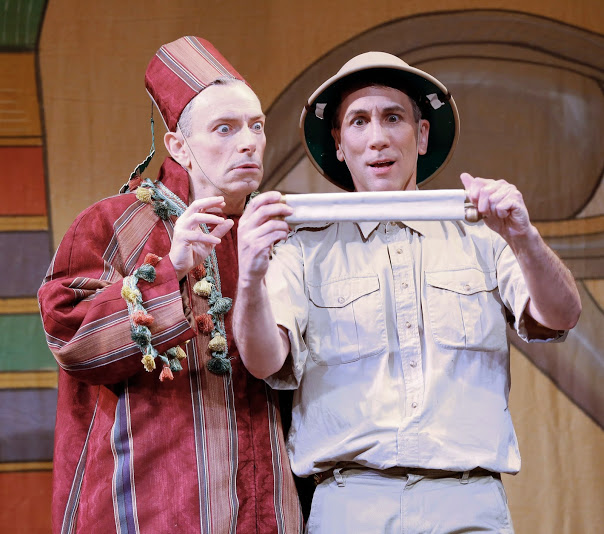 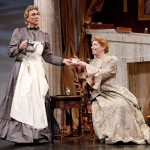 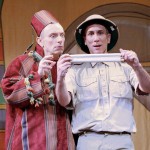 In Red Bull Theater Company’s current revival of The Mystery of Irma Vep, at the Lucille Lortel Theare, ridiculousness rules in this tour-de-force. Produced in 1984 by Charles Ludlam and partner Everett Quinton (who directs this production), we meet six characters (or is it seven?) played by two uber-talented wacky actors, Arnie Burton and Robert Sella.

The wacky and zany melodramatic comedy is a compilation of a little bit Rebecca, Wuthering Heights, Gaslight, Shakespeare, Dracula and, as Ludlam referenced, Victorian penny dreadfuls, featuring faster than the eye can see costume changes with lots of Velcro, shoddy fabrics (weren’t those somebody’s curtains?) designed by Ramona Ponce, and wigs by Aaron Kinchen.

As the story goes at Mandacrest, an English country estate, Lady Irma Vep has died, and been replaced by stage actress Lady Enid (Arnie Burton) who is now married to Egyptologist Lord Edgar Hillcrest (Robert Sella) who is still in love with Irma. The maid, Jane (Sella), thinks Lady Enid is no match for Irma, whose portrait (that begins to bleed) hangs above the fireplace, in this Gothic storybook-like tilted setting (John Arnone), that converts to an Egyptian Tomb in Act 2. 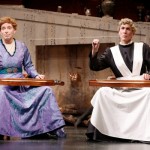 There are strange noises, howls, mayhem and goings-on in the moors, as the groundskeeper Nicodemus (Burton) drags his wooden leg in and out of the house, all the while making sexual overtures to Jane and eventually changes into a werewolf, piece by piece by fur.

Edgar believes Enid has been bitten by a vampire and so he must venture off to Egypt to find the secret of eternal life.  There, he meets Alcazar (Burton), a guide who speaks with an unusual accent and pronunciation – sarcophagus – sarcoFAGgus – as Edgar is led into the Valley of the Kinks and tomb (on a completely darkened stage with flashlights under their chins –lighting by Peter West), in another hilarious moment, Alcazar pulling a burning cigarette out from under his Fez from which hangs a deodorizer pine (like the ones you see in cars).

Absurdist comedy to the nth degree, and a fan base worldwide, make this silly, mug-filled, lunatic asylum a definite go to for lots of laughs! Bring on the dulcimers! 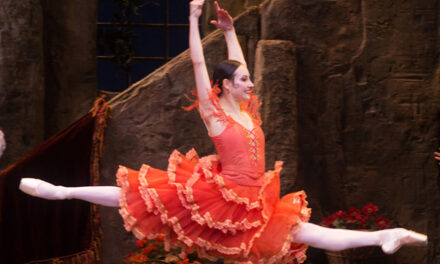 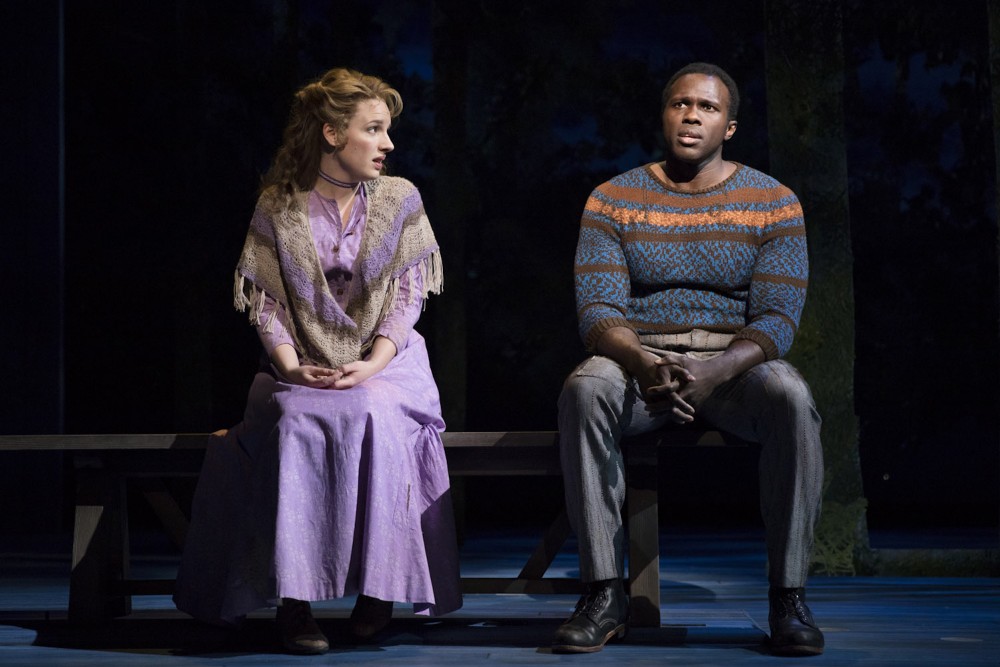