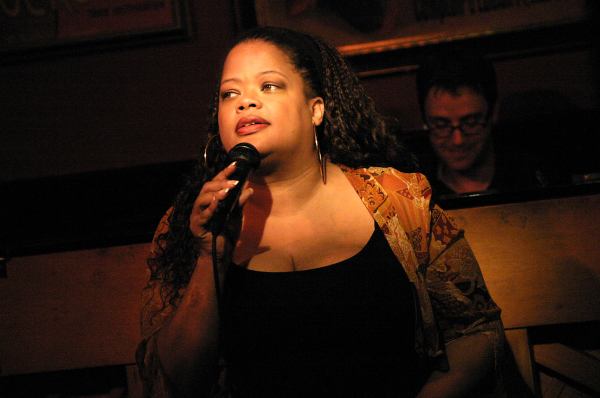 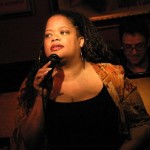 Natalie Douglas wrapping her soaring voice around the country-tinged music of Dolly Parton? At first the idea is a bit odd, but it works and reveals great treasures and deep meanings in songs that have grown too familiar and clichéd. In an exciting and generous program at Birdland on September 15th, Ms. Douglas, backed by an incredibly pliable band led by Mark Hartman, used her generous vocal and acting gifts to illuminate a repertoire rich in drama and emotion. She managed to re-mold her voice without duplicating Parton’s sweet twang and used much in her own background, including much time spent in Texas, to help her find both the lushness and subtlety of these songs.

She began with “Rocky Top” (Felice & Boudleaux Bryant), a sweet reverie about a materially poor, but emotionally rich home, a theme also explored in “Coat of Many Colors,” Parton’s tender evocation of mother love. Also quietly intense was Parton’s “Little Sparrow,” about a broken heart, enhanced greatly by Shanna Sharp’s vocal harmonies and guitar playing. Parton’s songs dominated the program running the gamut from the above two semi-autobiographical numbers to the longing ballad “I Just Might” and two of Parton’s anthems, “I Will Always Love You” and “Jolene,” both of which Ms. Douglas performed exquisitely, going from the pathos of the former to the frustrated passions of the latter.

Ms. Douglas generously shared tidbits about her life, introduced several cabaret celebrities in the audience such as Julie Wilson and Anita Gillette and, best of all, was honored by the club’s management with a photograph on the wall, a jazz version of having your caricature on Sardi’s wall—a high compliment.   She deserved the tribute as well as the long, warm ovation she received from the packed, sold-out house.

Her band was completed by Scott Kuney on guitar & mandolin, Michael Blanco on bass and Joe Choroszewski on drums, all of whom were exemplary.