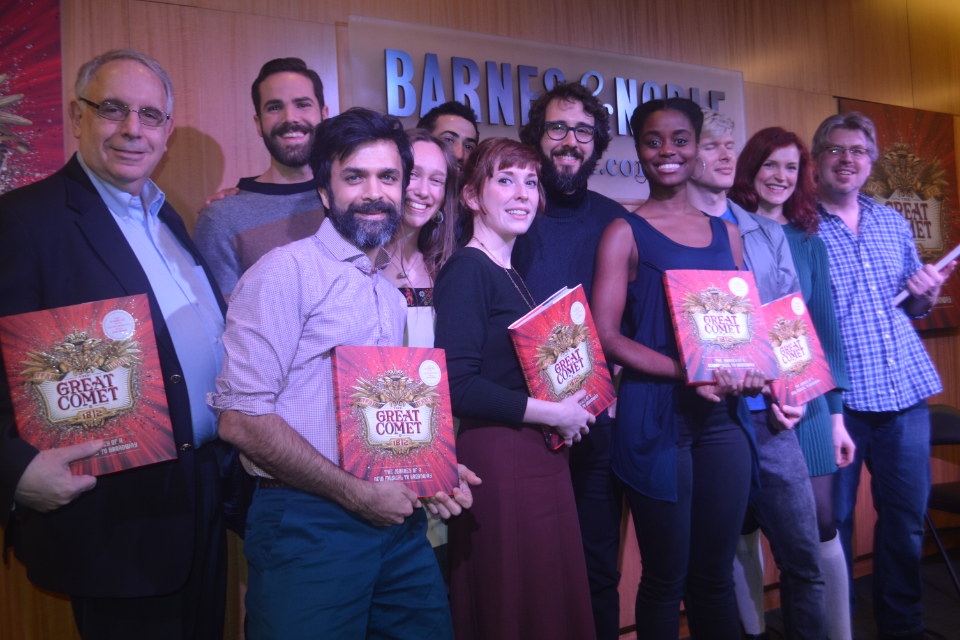 The fabulous cast of Natasha, Pierre and the Great Comet of 1812 were excited and eager to sing some of their songs from this remarkable production currently at the site-specific renovated Imperial Theatre on West 45 Street. Multi Grammy winner Josh Groban, who stars as Pierre, was on hand together with lovely Denee Benton (Natasha) with Dave Malloy (book, lyrics and music), and  featured performers including Lucas Steele, Grace McLean and more as well as creatives at a Barnes & Noble book signing on January 13th.