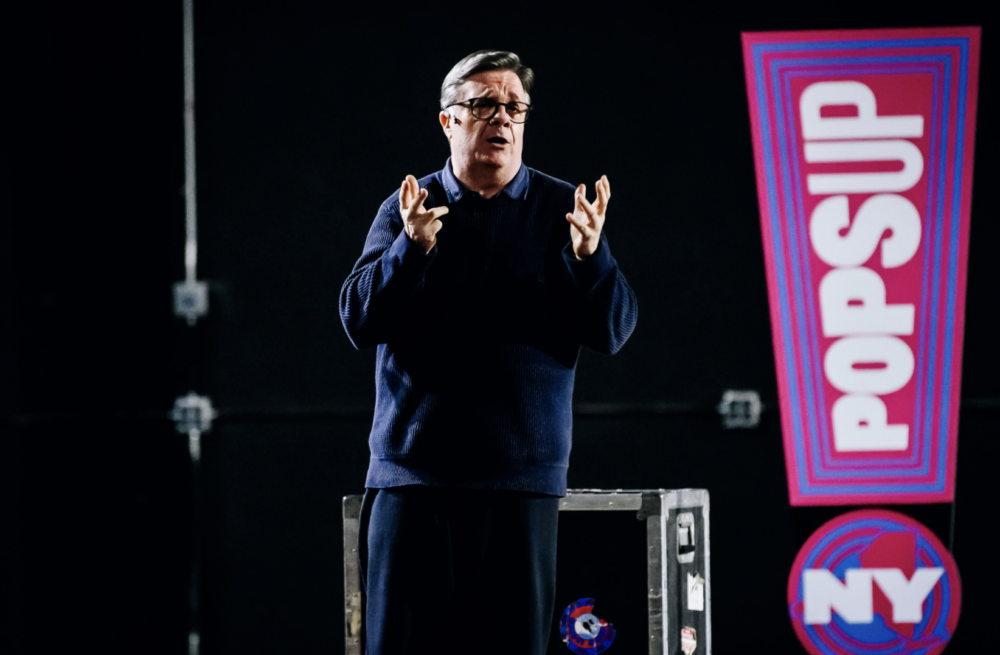 To ensure the health of safety of all attendees and workers, NY PopsUp and the St. James Theatre worked closely with the New York State Department of Health, following all ​state health and safety protocols.

Mr. Lane performed Playbills, a new monologue by playwright Paul Rudnick about a man who has spent the last year cooped up in his studio apartment, laid off from his job and desperately missing his greatest passion: going to the theater.

Mr. Glover performed a special tap piece that channeled his personal experience of a life in the theater, allowing the audience to reflect on what Broadway was, what Broadway is, and what Broadway will be again, and reminding us of the sacred space that is the stage.