National Coalition Against Domestic Violence & Talent Rise to the Occasion 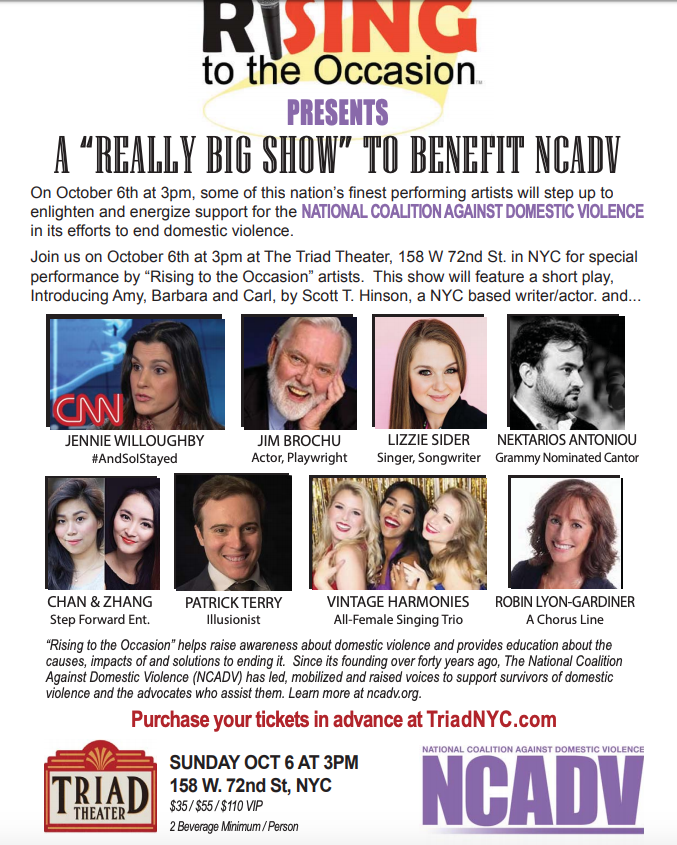 In efforts to stem domestic violence and promote safe havens and education to so many in need, the National Coalition Against Domestic Violence (NCADV) and a coterie of talent will Rise to the Occasion in a really BIG show to energize support for this most needed and important charity that is being furthered by Lois Oliveira and Bernie & Joanne Furshpan.

An event will take place at The Triad Theater, 158 West 72 Street, NYC on Sunday October 6 at 3 pm  to raise awareness featuring performances along with a short play by New York based writer Scott T. Hinson introducing Amy, Barbara and Carl.